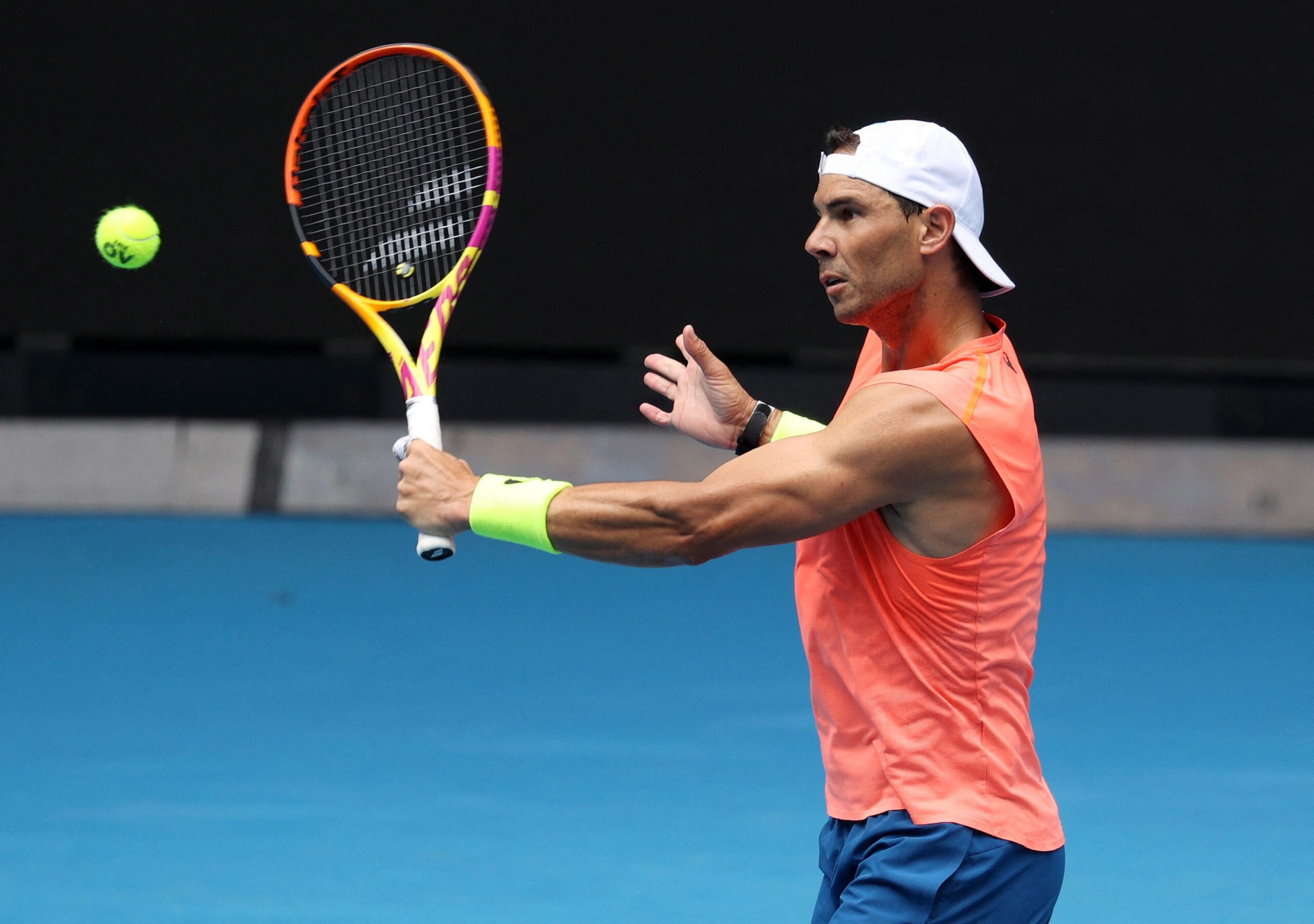 TOP SEED. Spain's Rafael Nadal during a practice session before the Australian Open.

MELBOURNE, Australia – Rafa Nadal will kick off his Australian Open title defense on Monday, January 16, with a first-round test against rising Briton Jack Draper as a new era begins on the blue hardcourts of Melbourne Park.

At the first Grand Slam following Roger Federer’s retirement and Serena Williams’ “evolving away” from tennis, Spaniard Nadal carries the flame for the fading golden generation as he bids for a 23rd major title and third at Melbourne Park.

The 36-year-old is third up at Rod Laver Arena, returning to the center court where a year ago he conjured the “Miracle of Melbourne,” coming back from two sets down to topple Daniil Medvedev in a five-set classic.

However, as Nadal observed on Saturday, tennis moves quickly.

The top seed has had only one win since September’s US Open and admitted his title defense was vulnerable to an early shock after two straight defeats in the lead-up.

A young man in a hurry, 21-year-old Draper surged into the top 40 after a run to the Adelaide II semifinals last week and has previously recorded wins over a slew of top players, including Stefanos Tsitsipas and Felix Auger-Aliassime.

“It’s probably one of the toughest first rounds possible, being seeded,” Nadal said of the matchup.

“I’m here to just give myself a chance.”

With local hero Ash Barty having retired last March after ending Australia’s 44-year wait for a home winner, the women’s tournament will feature a new champion.

Top seed Iga Swiatek is strong favorite to succeed Barty and win her first title at Melbourne Park, having won two of the four Grand Slams in 2022.

The reigning French and US Open champion opens her campaign against Jule Niemeier in the first evening match at Rod Laver Arena, the German who gave Swiatek a huge scare in the US Open fourth round.

With American tennis looking for a new champion in the post-Serena era, Coco Gauff will open the day session at Rod Laver Arena against Czech Katerina Siniakova.

Big things have been expected of Gauff since her stunning run to the fourth round at Wimbledon in 2019 in her Grand Slam debut at the tender age of 15.

Now 18 and with her first major final under her belt after last year’s French Open, Gauff may be among the strongest candidates to fill the vacuum left by Williams.

The women’s tournament has been described as one of the most open in years, with only two former champions in the draw.

Only one will remain after Sofia Kenin and Victoria Azarenka play off in the third match at Margaret Court Arena.

Medvedev, the men’s seventh seed, will return to the scene of last year’s final heartbreak when he faces unseeded American Marcos Giron in the late match at Rod Laver Arena.