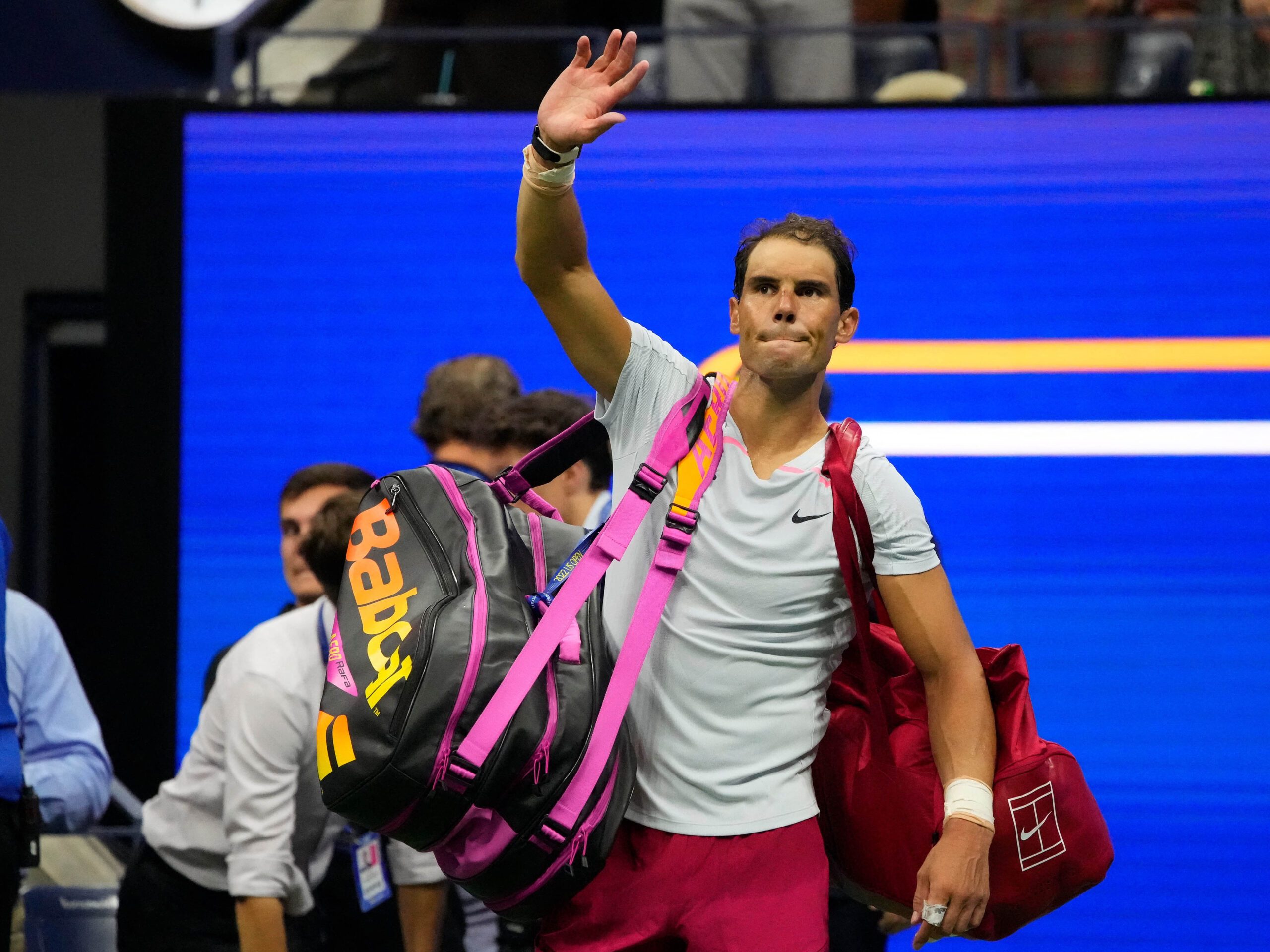 Facebook Twitter Copy URL
Copied
'We can make lamentations or we can complain now about a lot of things, but I don't think that's going to change any situation. We can't find excuses,' says tennis superstar Rafa Nadal after his US Open exit

Second seed Rafael Nadal said he would make no excuses after his shock loss to American Frances Tiafoe in the US Open fourth round Monday, September 5 (Tuesday, September 6, Manila time) despite a serious abdominal injury that derailed his run-up to the year’s final major.

Tiafoe had not made the quarterfinal of a major since the 2019 Australian Open but had no issues ending the Spaniard’s path to a record-extending 23rd Grand Slam title as Nadal struggled with his serve and on the return.

Nadal pulled out of Wimbledon with a serious abdominal injury this year and had barely played when he arrived at Flushing Meadows but told reporters that Tiafoe was simply the better competitor.

“We can make lamentations or we can complain now about a lot of things, but I don’t think that’s going to change any situation,” he told reporters.

Nadal won at the Australian Open and Roland-Garros this year, and reached the Indian Wells final, but his good times came to an abrupt end when he told reporters he could not carry on with his semifinal showdown with Nick Kyrgios at the All England Club.

A straight-sets loss to Borna Coric in his Cincinnati opener gave little sign for optimism and he described the injury to reporters in New York as “dangerous” and “risky.”

Making his first appearance at the New York hard court major in three years, he dropped his opening set to first-round opponent wildcard Rinky Hilikata, an early clue that he was not operating at 100%.

“I have been practicing well the week before, honestly. But then when the competition start, my level went down,” said Nadal.

“For some reason, I don’t know, mental issues in terms of a lot of things happened the last couple of months, but it doesn’t matter. At the end the only thing that happened is we went to the fourth round of the US Open and I faced a player that was better than me.

“And that’s why I am having a plane back home.”

The 36-year-old did concede, however, that his 24-year-old opponent had time on his side.

“Tennis is a sport of position a lot of times, no? If not, you need to be very, very quick and very young,” he said.

“I am not in that moment anymore.” – Rappler.com