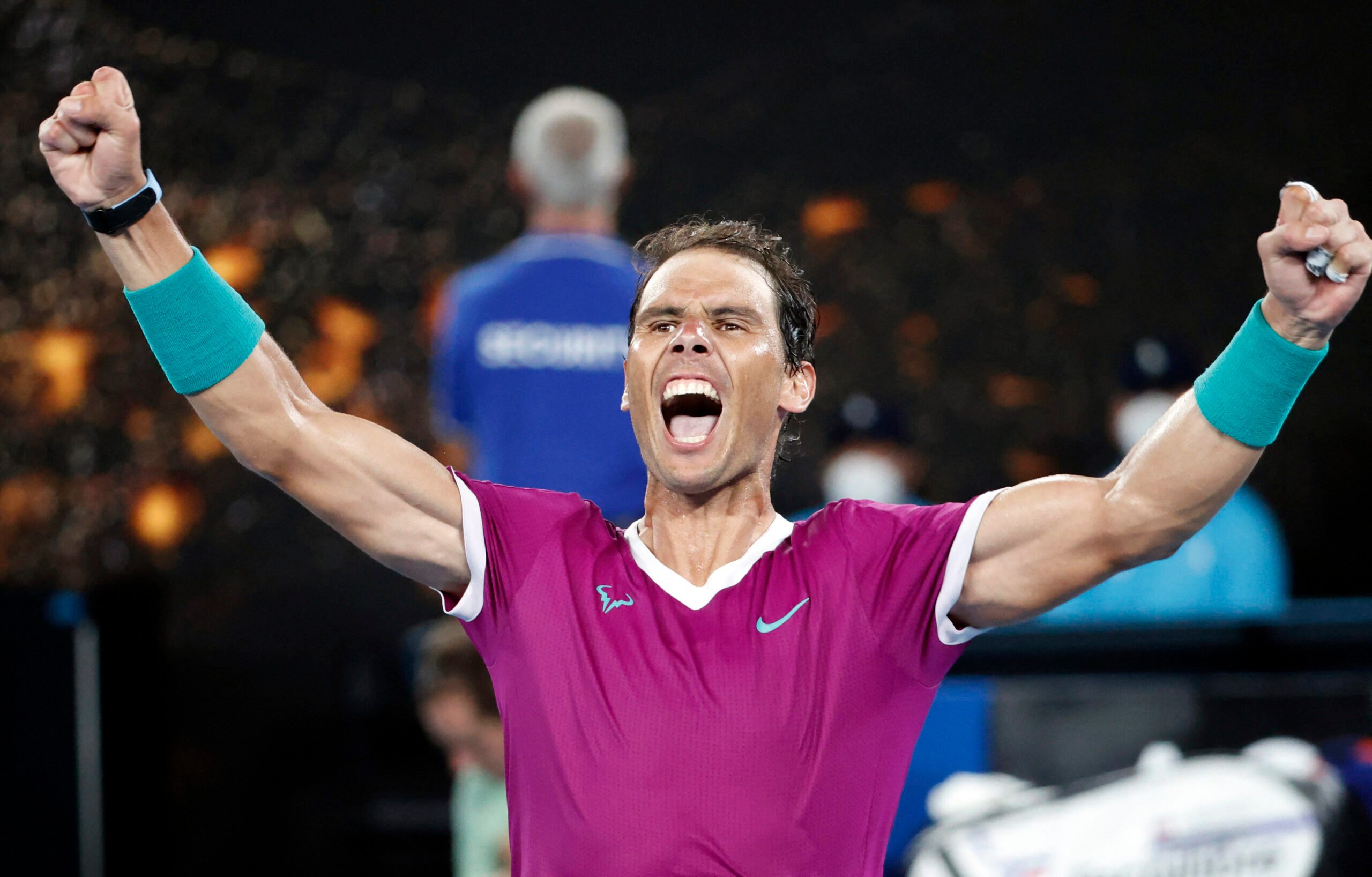 SOLO LEADER. Rafael Nadal noses ahead of rivals Novak Djokovic and Roger Federer, breaking a three-way tie for the most major titles in the men's game.

Rafael Nadal said winning the Australian Open title on Sunday, January 30, was one of the most emotional moments of his career as the Spaniard sealed a men’s record 21st Grand Slam title by defeating Russian Daniil Medvedev in the final.

The 35-year-old had played down his title chances at the season’s opening Slam after being sidelined for large chunks of the 2021 season with a career-threatening foot problem and illness from contracting COVID-19.

“It was one of the most emotional matches in my tennis career,” Nadal said in his on-court interview. “I don’t know what to say. For me, it’s just amazing.”

“Being honest, one month and a half ago, I did not know if I will be able to be back on the tour and play tennis again. And today, in front of all of you (the crowd), having this trophy with me… you really don’t know how much I fought to be here.”

“Having the huge support that I received during the three weeks is going to stay in my heart forever.”

It was Nadal’s second title triumph at Melbourne Park after he won in 2009.

“Maybe there is a chance I say that was my last Australian Open, but no, I have plenty of energy to keep going,” Nadal added.

“I can’t explain the feelings I have right now but I am going to keep trying my best and keep coming here (Melbourne Park).” – Rappler.com