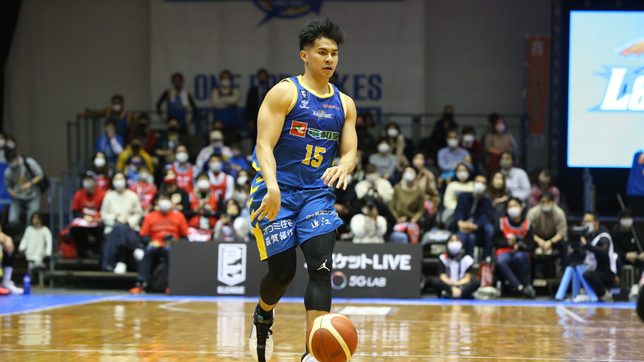 The Shiga Lakestars finally got back to their winning ways in the Japan B. League after snapping an 11-game losing streak with a 76-72 escape act against the Yokohama B-Corsairs on Saturday, December 18.

Fresh off a B. League career-high 28 points, Kiefer Ravena continued his resurgent scoring streak with 20 markers on 6-of-10 shooting plus 8 assists in the win, highlighted by a clutch and-one bucket with just 26 seconds left in regulation for the 75-72 lead.

Not contented with his offensive heroics, the Gilas Pilipinas stalwart then sealed the deal on defense as he swiped away the ball from Yokohama captain Shusuke Ikuhara with 13 ticks left, leading to a free-throw line split by Novar Gadson for the win.

After nearly two winless months, the Lakestars finally got up to seven wins to pair with their 13 losses for the season as Shiga captain Teppei Kashiwagura backstopped Ravena with 12 points, 5 rebounds, and 5 assists.

Import Patrik Auda paced Yokohama with 20 markers, 4 boards, 3 dimes, and 2 steals as the B-Corsairs fell to their ninth straight loss for the 6-14 record.

The Lakestars can keep their newfound momentum going with a weekend sweep on Sunday, December 19, 2:10 pm, Manila time.

Thirdy Ravena, meanwhile, did not experience the same relief his brother felt as the Osaka Evessa kept the San-En NeoPhoenix losing streak going with a 90-85 overtime win.

The B. League pioneer Pinoy import struggled mightily in his team’s 12th straight loss and finished with just 8 points, 3 rebounds, 1 assist, and 1 block on 3-of-12 shooting en route to a 3-16 record.

Rightfully hungry for a win, the NeoPhoenix established control deep into the 4th quarter as import Justin Knox gave his team a 79-72 lead off a jumper with 4:04 left.

But Osaka then blindsided San-En with a 9-0 run for the sudden 81-79 lead with 27 seconds left before Knox sent the game to overtime with two redeeming free throws.

However, the Evessa simply ran the same offensive script in the extra period as they turned an 83-85 deficit with 3:09 left to a 90-85 lead thanks to a game-winning 7-0 spurt with 15 ticks left.

The San-En reinforcement duo of Knox and Robert Carter, meanwhile, paced the team in yet another loss with 20 points apiece, while local guards Shota Tsuyama and Kazuma Tsuya added 10 markers each.

The NeoPhoenix still have one more shot to end the lengthy skid in front of their home fans with a Sunday rematch at 1:05 pm. – Rappler.com