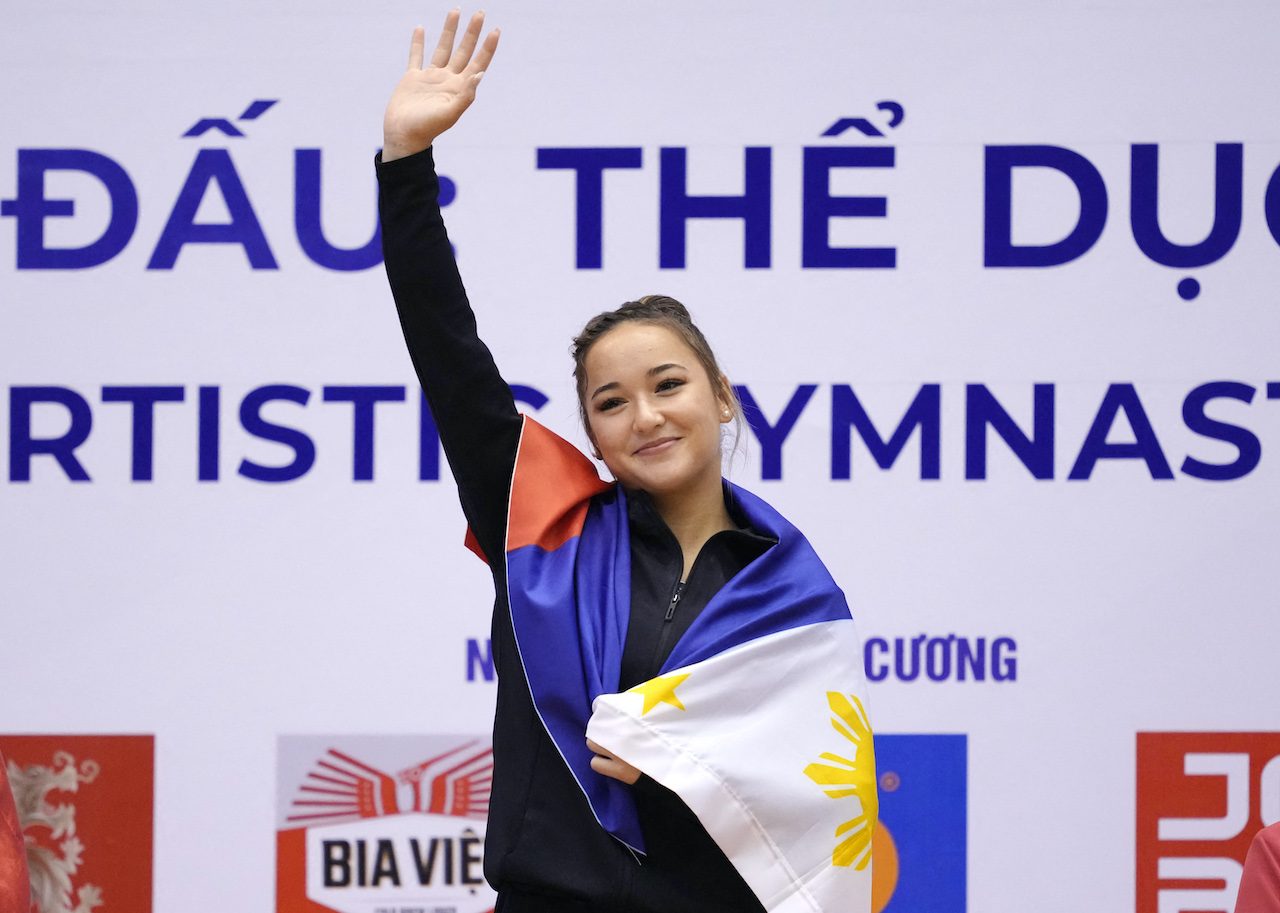 KEY ACQUISITION. The addition of Aleah Finnegan has turned things around for the Philippines in SEA Games women's artistic gymnastics.

MANILA, Philippines – Carlos Yulo is not the only Filipino gymnast who has turned heads in the Southeast Asian Games in Vietnam.

Aleah Finnegan proved her mettle in her first SEA Games stint for the Philippines as she concluded her women’s artistic gymnastics campaign on Monday, May 16, with two gold and two silver medals.

The former member of the United States gymnastics team led the Filipina crew of Lucia Gutierrez, Kursten Lopez, Charlie Manzano, Cristina Loberanes, and Chiara Andrews to a gold finish in the team all-around.

But Finnegan refused to settle for a runner-up finish in the vault as she bagged her second gold by dethroning Irfanaluthfi, who clinched bronze, and edging Vietnam bet Nguyen Thi Quynh Nhu, who bagged silver.

She then ended her SEA Games bid on Monday, May 16, with another silver in balance beam.

The addition of the 19-year-old Finnegan has turned things around for the Philippines after failing to win a medal in women’s artistic gymnastics in the 2019 SEA Games.

In this edition, the Philippines ended the artistic gymnastics tournament as the top performing country, winning a total of seven gold, four silver, and one bronze in the men’s and women’s action. – Rappler.com