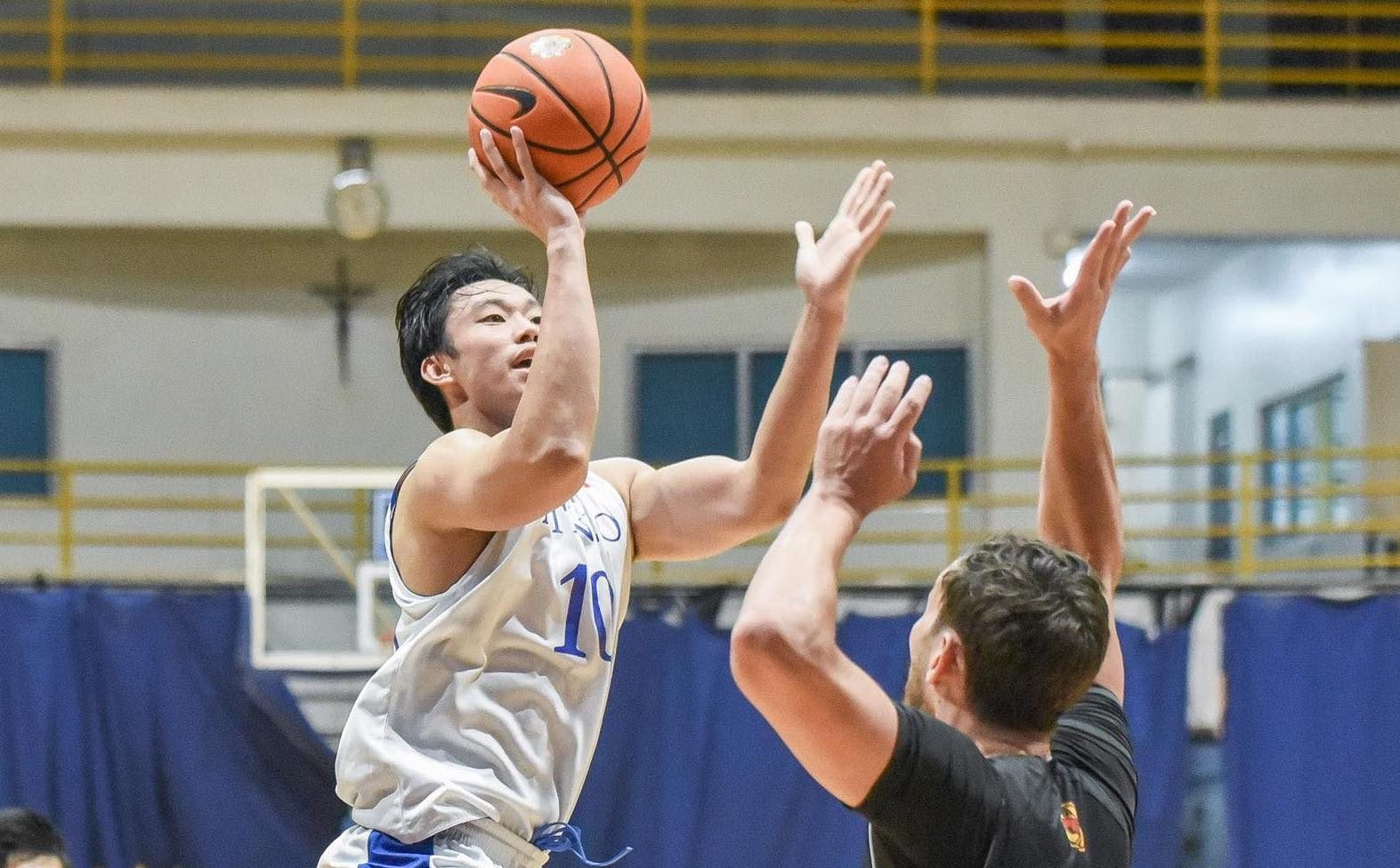 MANILA, Philippines – Ateneo kicked off its training camp in Israel with a gritty 73-69 win over A.S. Ramat HaSharon in a tuneup game at Oranim Sports Hall on Saturday, September 3.

Dave Ildefonso showed the way with 27 points, while BJ Andrade proved clutch as the Blue Eagles continue to gear up for their title campaign in UAAP Season 85.

Andrade scored just 6 points, but he saved the best for last as he drained a crucial three-pointer with under 40 seconds remaining that broke a 69-69 deadlock.

Ramat HaSharon unloaded 10 unanswered points to knot the score at 69-69 before Andrade stopped the bleeding for Ateneo.

An Angelo Kouame block and a Sean Quitevis free throw sealed the win for the Blue Eagles, who set up camp in Israel to fortify their bid of reclaiming the UAAP crown they lost to the UP Fighting Maroons last season.

“Just got to get a lot better,” said Ateneo head coach Tab Baldwin.

“We don’t have settled rosters and combinations that are used to working together. We have to get better and time is running.”

Kouame and Joseph Obasa added 6 points each in the win.

The Blue Eagles face Elitzur Eito Ashkelon next at Zysman Arena on Monday.

“We are going there to flesh out our system even more. We need more offensive attacks and defensive sophistication,” said Baldwin. – Rappler.com