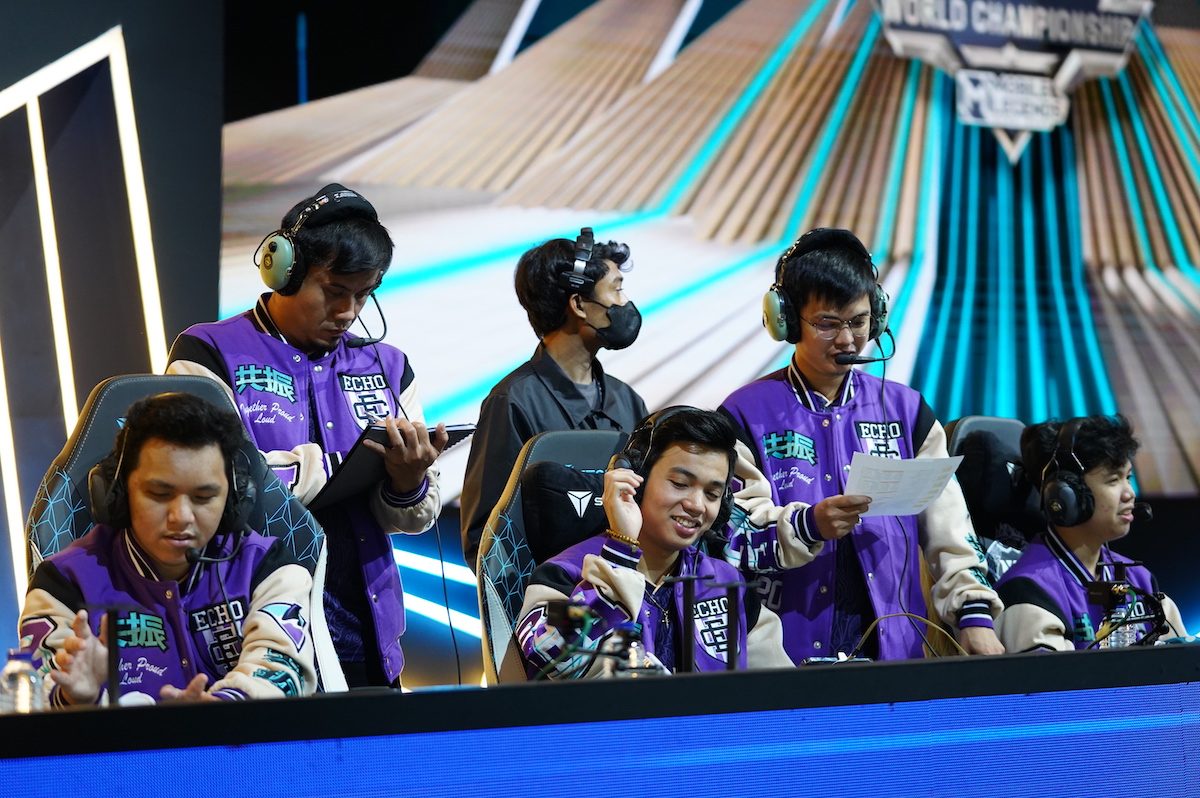 UNSCATHED. Yawi and Echo go unbeaten in the group stage of the M4 World Championship.

MANILA, Philippines – The Philippines’ two representatives in the Mobile Legends M4 World Championship in Jakarta, Indonesia are both through to the upper bracket playoffs.

Starting its campaign with a big win over Indonesia’s RRQ Hoshi, Echo topped Group C with an immaculate 3-0 record to set up an upper bracket clash with Malaysia’s Team HAQ, which finished second place in Group D.

Tristan “Yawi” Cabrera made an immediate impact for Echo in his return to the starting lineup after getting sidelined in their first two matches following a team decision, earning MVP honors in their victory over RSG.

Yawi delivered a masterclass on Chou in his M4 debut, recording 1 kill and 10 assists against 2 deaths as the Mobile Legends Professional League (MPL) Philippines runner-up disposed of the two-time MPL Singapore champion in 15 minutes.

“I’m happy because I’ve been dreaming of playing on the world stage,” Yawi, who has been in hot water after allegedly cheating on his volleyball player girlfriend, Jennifer Nierva of the NU Lady Bulldogs, said in Filipino.

“I’m focused. I need to think about the team because we all want to win the championship.”

Echo plunges back to action on Saturday, January 8, as it tangles with TEAM HAQ in a best-of-five series for a spot in the upper bracket semifinals.

Meanwhile, Blacklist faces Brazil’s RRQ Akira on Sunday, hoping that it has already made the necessary adjustments after twice losing to Myanmar’s Falcon Esports in the group stage.

RRQ Akira poses a considerable threat to the reigning world champion after topping Group D with a 2-1 card. – Rappler.com