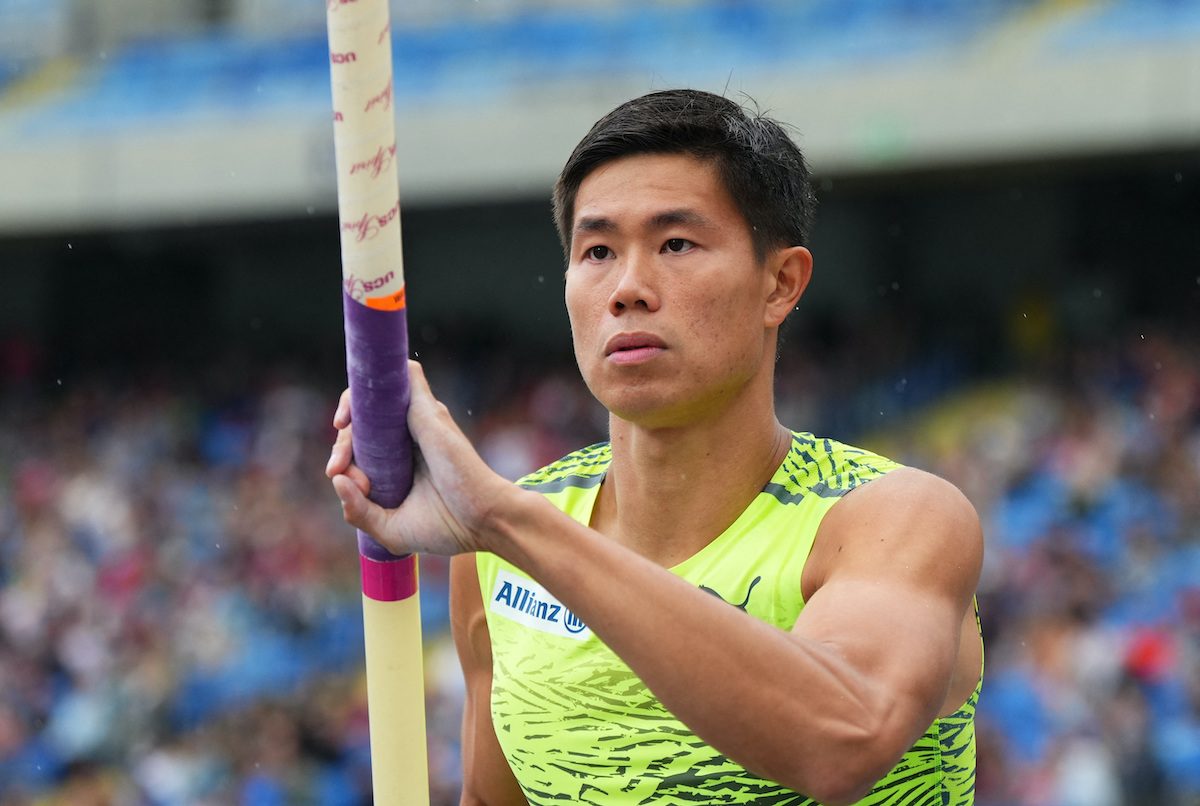 STREAK. EJ Obiena earns his sixth consecutive podium finish as he captures another medal in Germany.

Facebook Twitter Copy URL
Copied
Fresh from an upset win over world champion Armand Duplantis in Belgium, EJ Obiena falls short of his fourth straight victory as he settles for silver in the ISTAF Berlin in Germany

MANILA, Philippines – EJ Obiena saw his winning streak come to a halt as he settled for silver in the ISTAF Berlin in Germany on Sunday, September 4.

Fresh from an upset win over world champion Armand Duplantis two days ago in the Brussels Diamond League, where he cleared 5.91m, Obiena hurdled just 5.81m this time to finish behind Menno Vloon of The Netherlands.

Vloon leapt past a national record and personal best of 5.88m to claim the gold and deny Obiena his fourth consecutive win.

Unlike Vloon, the Filipino pole vaulter skipped 5.88m and gave 5.95m a shot, only to tally three straight fouls.

Kurtis Marschall also recorded 5.81m, but Obiena edged the Australian for the silver via countback as he needed just two attempts to clear the height.

It was the sixth straight podium finish for Obiena, who topped the Internationales Stabhochsprung-Meeting, True Athletes Classics, and St. Wendel City Jump in Germany over the past two weeks.

Obiena also placed third in the Lausanne Diamond League in Switzerland during that stretch.

“A few more competition before we call it a season. Let us keep pushing and keep fighting,” Obiena wrote on his social media accounts.

Rutger Koppelaar of The Netherlands, Anthony Ammirati and Valentin Lavillenie of France, Olen Tray Oates of the United States, Simen Guttormsen of Norway, and Gillian Ladwig of Germany also competed in the event.

Obiena is scheduled to compete in the Liechtenstein leg of the Golden Fly Series on September 11. – Rappler.com