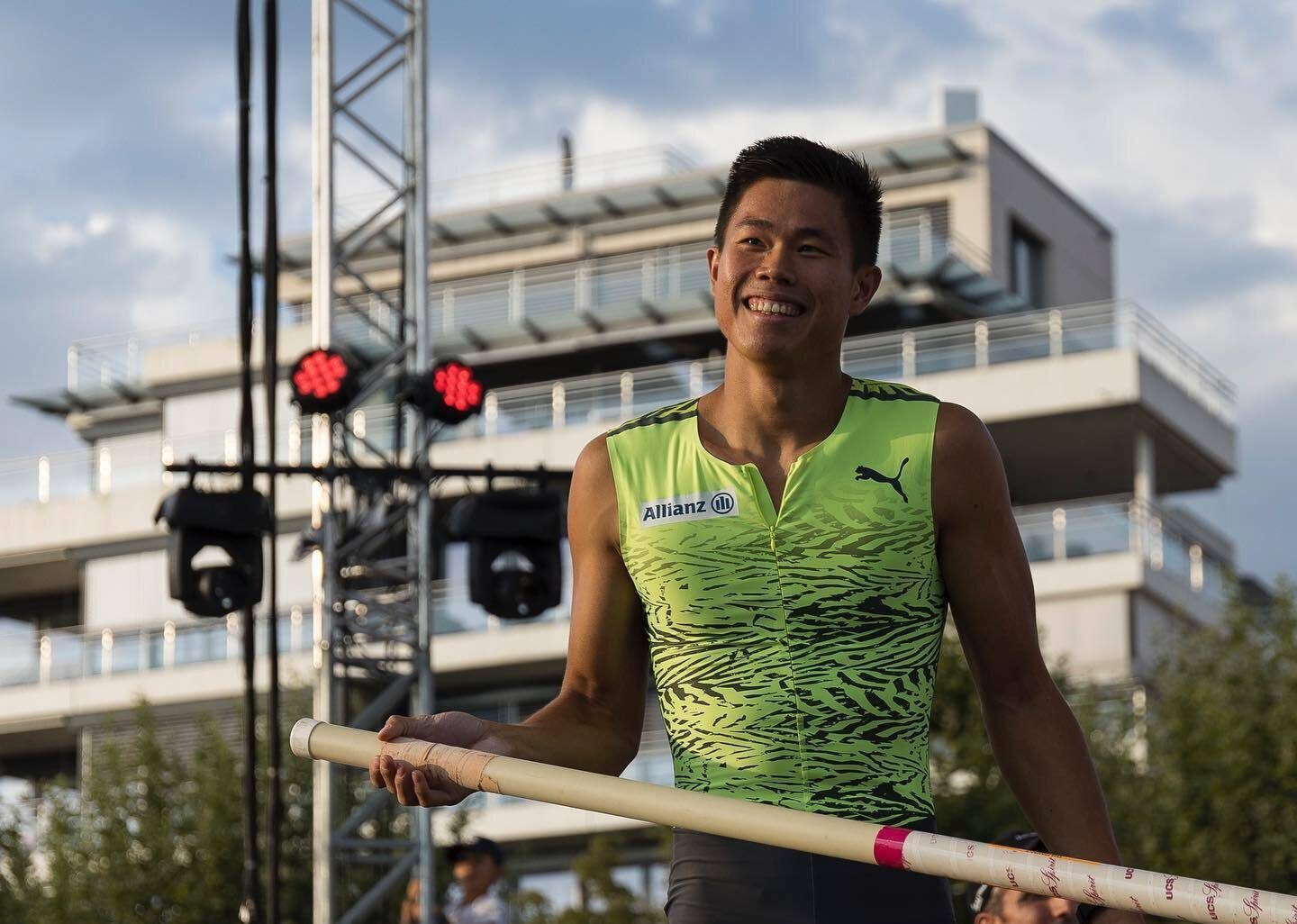 ANOTHER GOLD. EJ Obiena continues to impress in the European pole vault circuit.

The Filipino pole vault star soared past 5.81 meters and struck gold via countback, edging Rutger Koppelaar of The Netherlands and Kurtis Marschall of Australia for the top prize.

It is the third straight podium finish for Obiena after he bagged gold in the Internationales Stabhochsprung-Meeting in Germany and bronze in the Lausanne Diamond League in Hungary earlier this week.

Although Koppelaar and Marschall also cleared 5.81m in two attempts, they both committed penalties in the earlier heights as they settled for silver and bronze, respectively.

Owning the Asian record of 5.94m, Obiena took a crack at shattering his mark but failed at 5.95m.

Germany’s Bo Kanda Lita Baehre and Oleg Zernikel together with Norway’s Sondre and Simen Guttormsen also competed in the event.

Obiena will remain in Germany for the St. Wendel City Jump on August 31. – Rappler.com