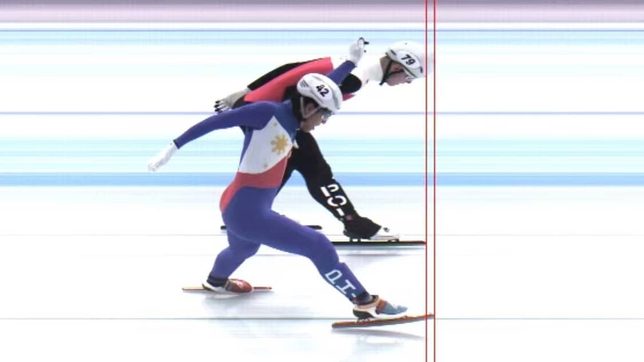 ON TO THE NEXT. Julian Macaraeg will wrap up his ISU Short Track World Cup campaign in the Netherlands.

Macaraeg ended his stint in the men’s 1000m event when he narrowly missed the top two spot in the premilinary round, which would have sent him to the heats.

He also failed to clinch a berth in the heats round in the men’s 500m as his 42.779 result only landed him a fourth place finish in heat 3.

Macaraeg is aiming to be one of the top 32 skaters overall in the 500m and 1000m events, and top 36 in the 1500m after four stagings of the World Cup in order to qualify for the 2022 Beijing Winter Olympics.

The ISU Short Track World Cup will wrap up its series with its fourth competition on Thursday, November 25 in Dordrecht, Netherlands. – Rappler.com