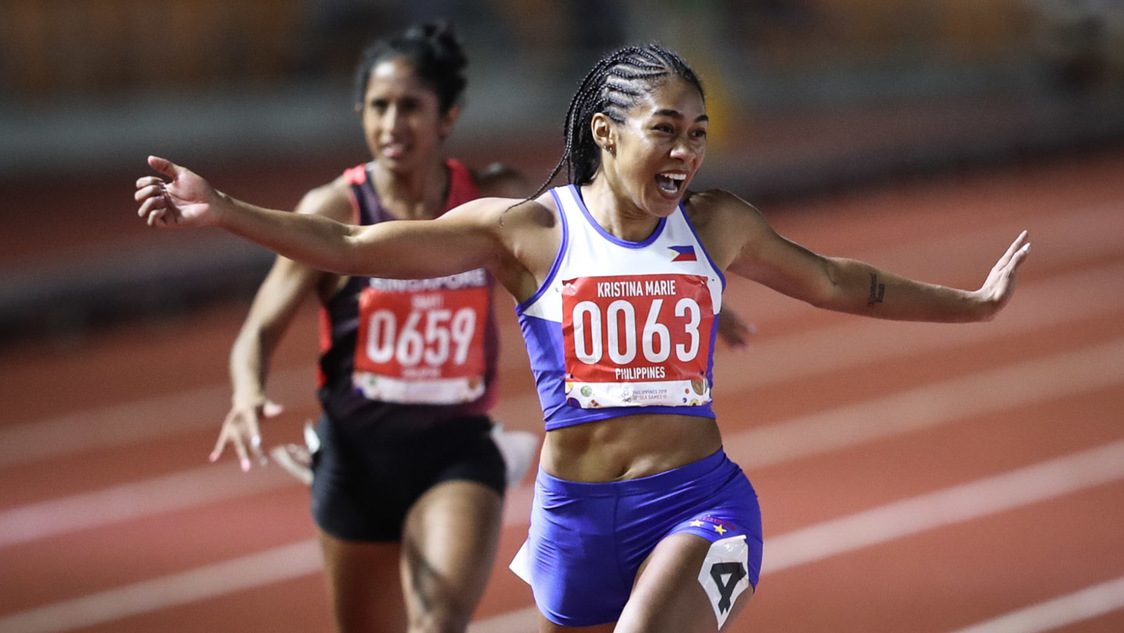 NEW TARGET. Kristina Knott shifts her focus to the SEA Games in Vietnam, where she is the defending champion in the women's 200m.

The Filipina-American sprinter clocked a season-best 7.39 seconds, but landed at eighth in her heat ruled by eventual champion Mujinga Kambundji of Switzerland.

Her career-best in the 60m event is 7.26, which Knott accomplished in the American Track League in Fayetteville, Arkansas in January 2021.

Only the top three runners from each of the six heats and the next six fastest advanced to the semifinals.

Knott, overall, tallied the 38th-fastest time in the heats out of the 47 sprinters who participated.

Meanwhile, Kambundji notched her first sub-seven-second record in the 60m event after registering 6.96 seconds to capture her maiden gold medal in the World Indoors.

USA’s Mikiah Brisco fell short of the top prize and clinched silver with a time of 6.99, while fellow American Marybeth Sant-Price settled for bronze with 7.04.

Poland’s Ewa Swoboda and Jamaica’s Briana Williams and Shericka Jackson also posted 7.04, but they wound up at fourth, fifth, and sixth place, respectively.

Up next for Knott is the Southeast Asian Games in May in Vietnam, where she will defend her gold medals in the women’s 200m and 4x100m mixed relay. – Rappler.com