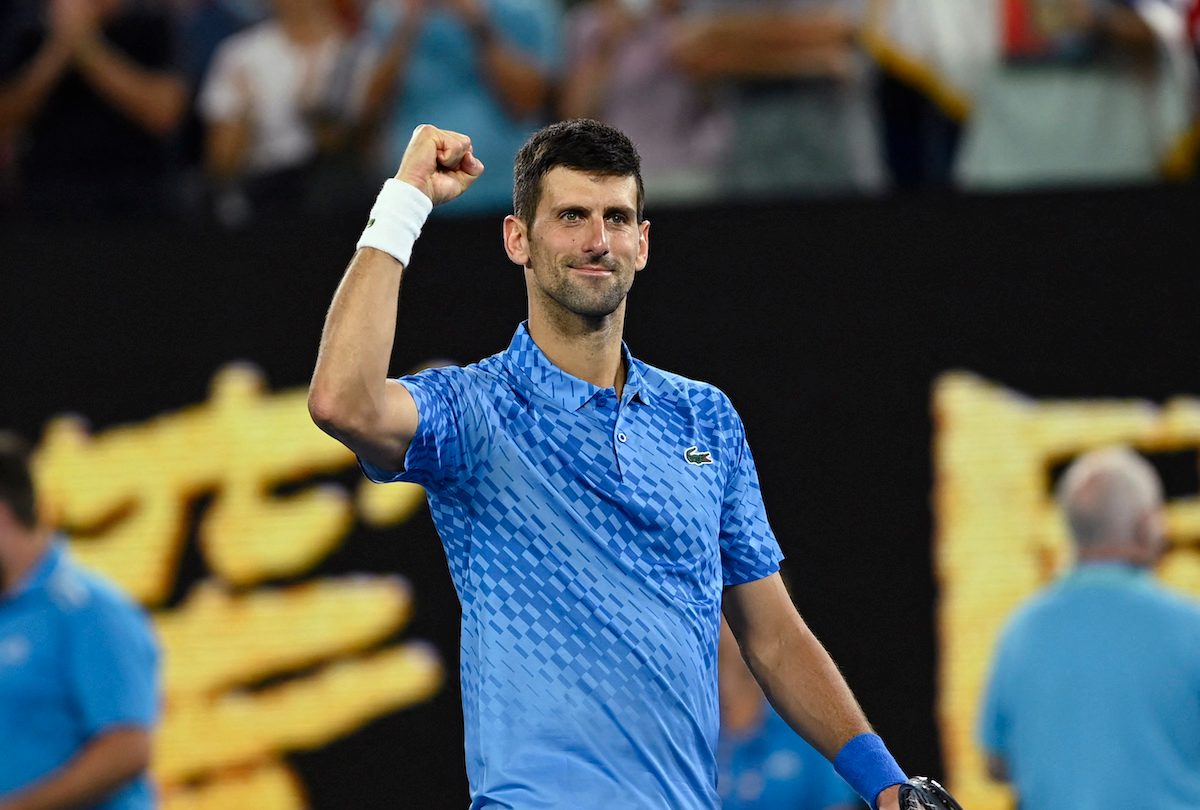 SWIFT WIN. Novak Djokovic says he did not face any issues with his hamstring for the first time in the Australian Open.

MELBOURNE, Australia – Novak Djokovic steamrolled local hope Alex de Minaur, 6-2, 6-1, 6-2, on Monday, January 23, to ease into the quarterfinals of the Australian Open with a statement win in his quest for a 10th title at the Grand Slam that has only been threatened by a hamstring issue.

It was Djokovic’s 38th consecutive win on Australian soil and the fewest number of games he has dropped in a match at the year’s first major since he lost four against Lucas Pouille in the semifinals in 2019.

Asked after the match why he beat De Minaur the way he did, Djokovic replied: “Because I wanted to.”

Djokovic drew first blood after a breathless start to the match when De Minaur crashed a forehand into the net to allow the fourth seed to go up 4-2 and the Serbian consolidated the break and struck again to claim the first set.

Having never lost at Melbourne Park since the fourth round in 2018, the 35-year-old was in no mood to give De Minaur a sniff of a chance on Rod Laver Arena, as he raced out of the blocks and dominated his opponent with blistering shots on both wings.

“I wanted to win in straight sets. Once on the court, you have to deal with a lot of things… the first four, five games were close and after the break I started feeing more loose and more aggressive.”

“He was a bit more nervous and that was my opportunity to capitalize. Tennis is a quick, dynamic sport, so things change in a matter of moments, but I was able to play my best match of the year.”

Djokovic also said that he did not face any issues with his hamstring for the first time in the tournament.

“I’ve been taking a lot of pills to mask the pain, not those kinds of pills guys,” he said to laughs. “Anti-inflammatory… I don’t want to go too deep into it, but today was the best day of the tournament.”

Up two sets to love and with his heavily-strapped hamstring cooperating after scares in the last two rounds, Djokovic moved in for the kill by taking the first four games of the third and finished in style to gear up for fifth seed Andrey Rublev next.

“He has incredible fire power from his serve and forehand, explosive – a lot like De Minaur – so hopefully the result is the same.” – Rappler.com