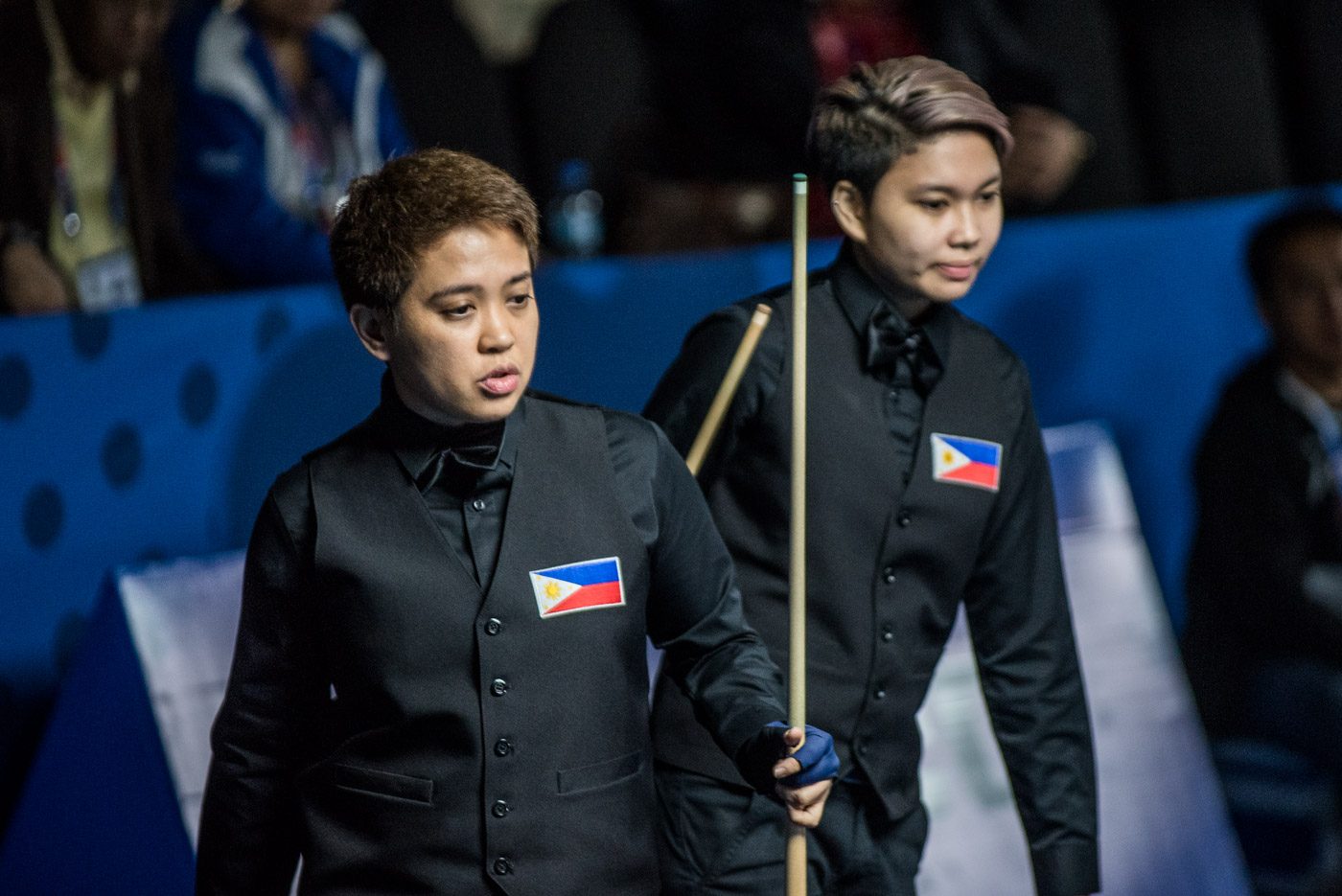 It will be a pair of all-Filipino title showdowns in the men’s and women’s 10-ball singles as Carlo Biado, Johann Chua, Rubilen Amit, and Chezka Centeno advanced to the finals on Friday, May 20.

Biado and Chua lock horns for the second time in these games after going up against each other in the men’s nine-ball singles finals last Wednesday.

Chua went on to beat an error-plagued Biado to capture his first-ever SEA Games gold.

But Biado proved to be in his top form on Friday as he demolished Singapore’s Sharik Aslam Sayed with a 9-3 semifinal win, while Chua handed Singapore’s Aloysius Yapp a 9-2 beating to qualify for the 10-ball finals.

Over in the women’s 10-ball singles, Amit and Centeno arranged a finals rematch of the 2019 SEA Games.

Amit is gunning for her second gold in Vietnam after topping the women’s nine-ball singles as Centeno looks to defend her women’s 10-ball title.

The men’s and women’s finals are scheduled on Saturday. – Rappler.com