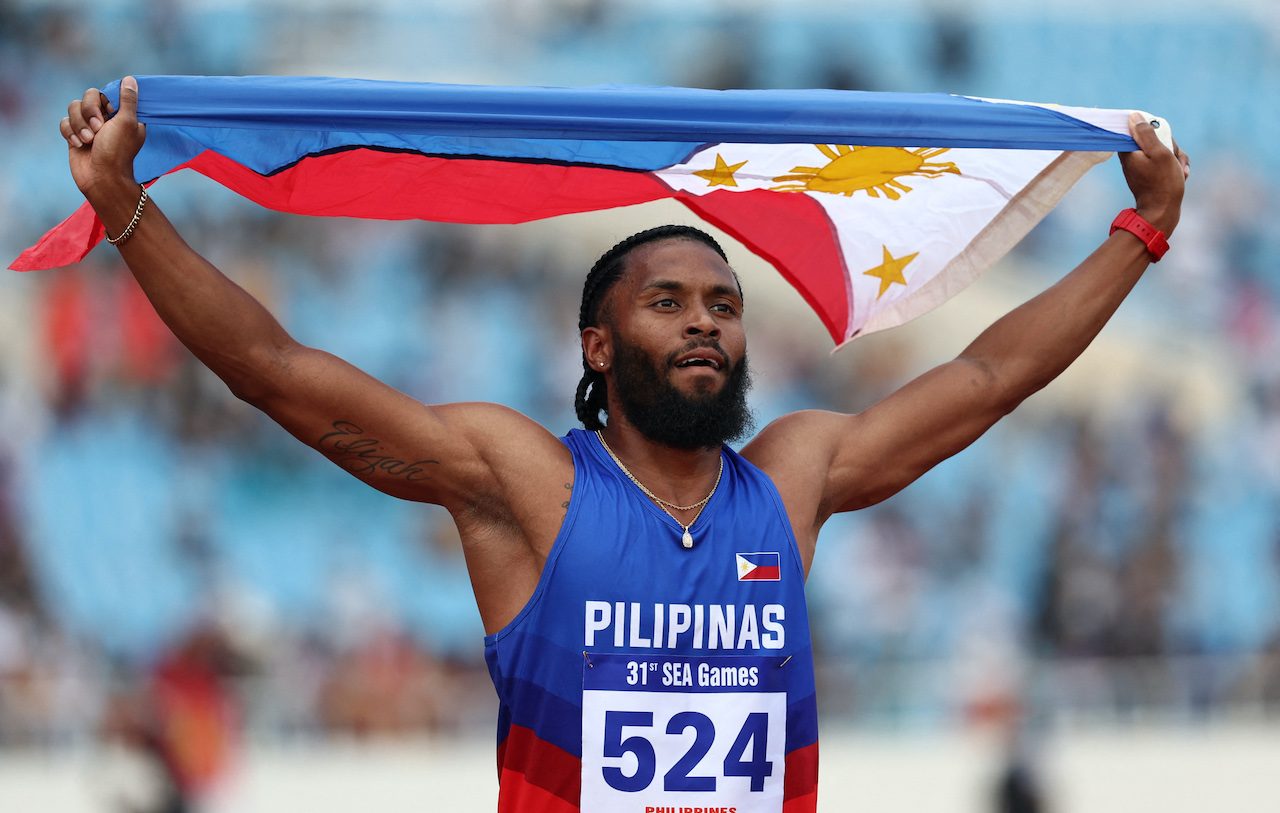 MANILA, Philippines – Veterans Eric Cray and Rubilen Amit carried the Philippines’ campaign on a rather lean day in the Southeast Asian Games in Vietnam as they both defended their gold medals on Tuesday, May 17.

Cray extended his reign as king of the men’s 400m hurdles after ruling the event for the fifth straight SEA Games with a time of 50.41 seconds.

The Filipino-American left Vietnam’s Quach Cong Lich (50.82) and Thailand’s Calvin Quek (51.19) in the dust on his way to his seventh SEA Games gold and 10th medal overall.

Robyn Brown contributed to athletics’ haul with a bronze in the women’s 400m hurdles.

Amit trounced Singapore’s Jessica Tan, 7-2, in the race-to-seven finale to clinch her ninth gold as she won a medal in all her SEA Games stints since she started representing the country in the regional showpiece in 2005. Cue artist Jefrey Roda fell short of adding a gold to the Philippines’ tally after settling for silver in the men’s six-red snooker singles.

Billiards will produce another gold on Wednesday, with Carlo Biado and Johann Chua arranging an all-Filipino title showdown in the men’s nine-ball singles.

Barbosa, an Olympian, topped the men’s kyorugi -54kg division for the second straight SEA Games by beating Thailand’s Panachai Jaijulla, 16-7, in the finals.

The muay thai pair of Islay Erika Bomogao and Rhichein Yosorez captured the Philippines’ other gold as the country remained at third place in the medal table behind host Vietnam and Thailand with 34 golds.

Bomogao and Yosorez bested their Vietnamese and Thai foes in the women’s waikru mai muay.

Fresh from ending the Philippines’ gold drought in women’s swimming, Chloe Isleta clinched silver in the women’s 100m backstroke as her teammate Jessica Geriane claimed bronze in the same event.