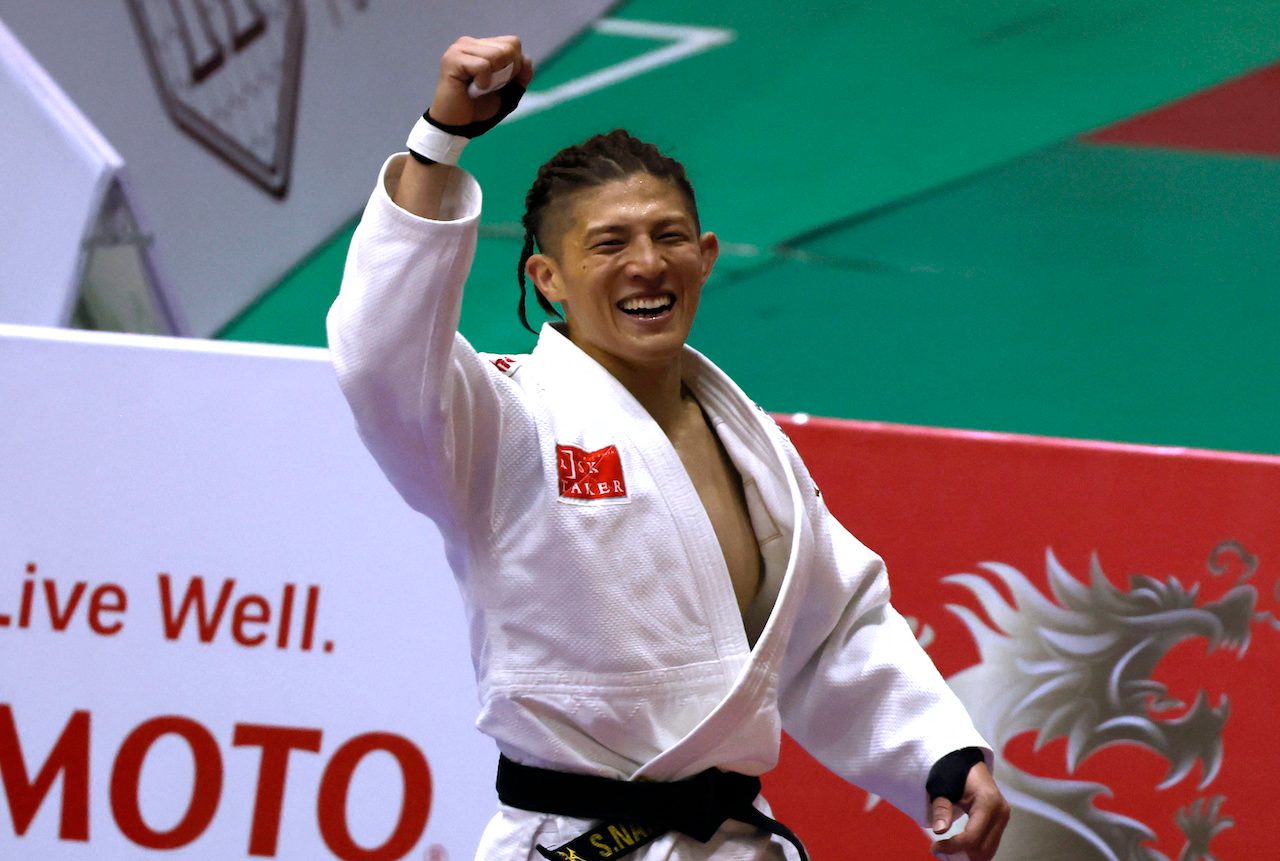 MANILA, Philippines – Judo delivered for the Philippines anew as the country bagged three more golds in the Southeast Asian Games with Hidilyn Diaz and Sibol also coming out on top on Friday, May 20.

Filipino-Japanese Shugen Nakano captured the Philippines’ second judo gold in Vietnam after extending his reign as the men’s -66kg king.

Replicating the feat of teammate Rena Furukawa, who ruled the women’s -57kg event a day prior, Nakano beat Vietnam’s Hoang Phuc Truong to raise the Philippines’ gold tally to 43.

Another judoka contributed to the Philippines’ haul as Khrizzie Pabulayan notched silver in the women’s -52kg after falling prey to Vietnam’s Thi Thanh Thuy Nguyen in the finals.

In weightlifting, Olympic champion Hidilyn Diaz gave the country a much-needed morale boost by defending her throne in the women’s 55kg.

Clad in pink and all smiles throughout the competition, Diaz lifted the Filipinos’ spirits in Vietnam as she bested fellow Olympic gold medalist Sanikun Tanasan of Thailand with a title-winning total lift of 206kg.

Earlier, Sibol clinched the Philippines’ first gold of the day after trouncing Indonesia in the Mobile Legends finals to retain its crown.

More billiards golds will be added to the Philippines’ count as Filipinos face off in the finals of both the men’s and women’s 10-ball singles on Saturday. Carlo Biado and Johann Chua vie for the men’s 10-ball gold in their second finals showdown in Vietnam, while Rubilen Amit and Chezka Centeno dispute the women’s 10-ball title in a finals rematch of the 2019 SEA Games.

Despite the three additional golds, the Philippines remained at fifth place in the medal table going into the final three days of the regional showpiece.

Vietnam is a cinch for the overall championship with 161 golds, Thailand trails at second with 65 golds, while Singapore and Indonesia figure in a tight battle for third with 47 golds apiece.

In a martial art uncommon to Filipinos, Carlo Von Buminaang plucked a silver in vovinam after finishing as runner-up in the men’s 65kg division.

The Philippines is assured of at least four silvers in boxing as Irish Magno and Ian Clark Bautista advanced to the finals of their respective weight classes, joining teammates Eumir Marcial and Rogen Ladon.

Olympic boxing silver medalist Nesthy Petecio, on the other hand, settled for bronze after a shock semifinal exit together with Marjon Pianar.

Tennis produced a pair of bronzes courtesy of teen star Alex Eala, the first in women’s singles and the second in mixed doubles with veteran Treat Huey.

Huey, though, gets a shot at a gold as he partner Ruben Gonzales tangle with Jeson Patrombon and Francis Alcantara in an all-Filipino showdown for the men’s doubles title.