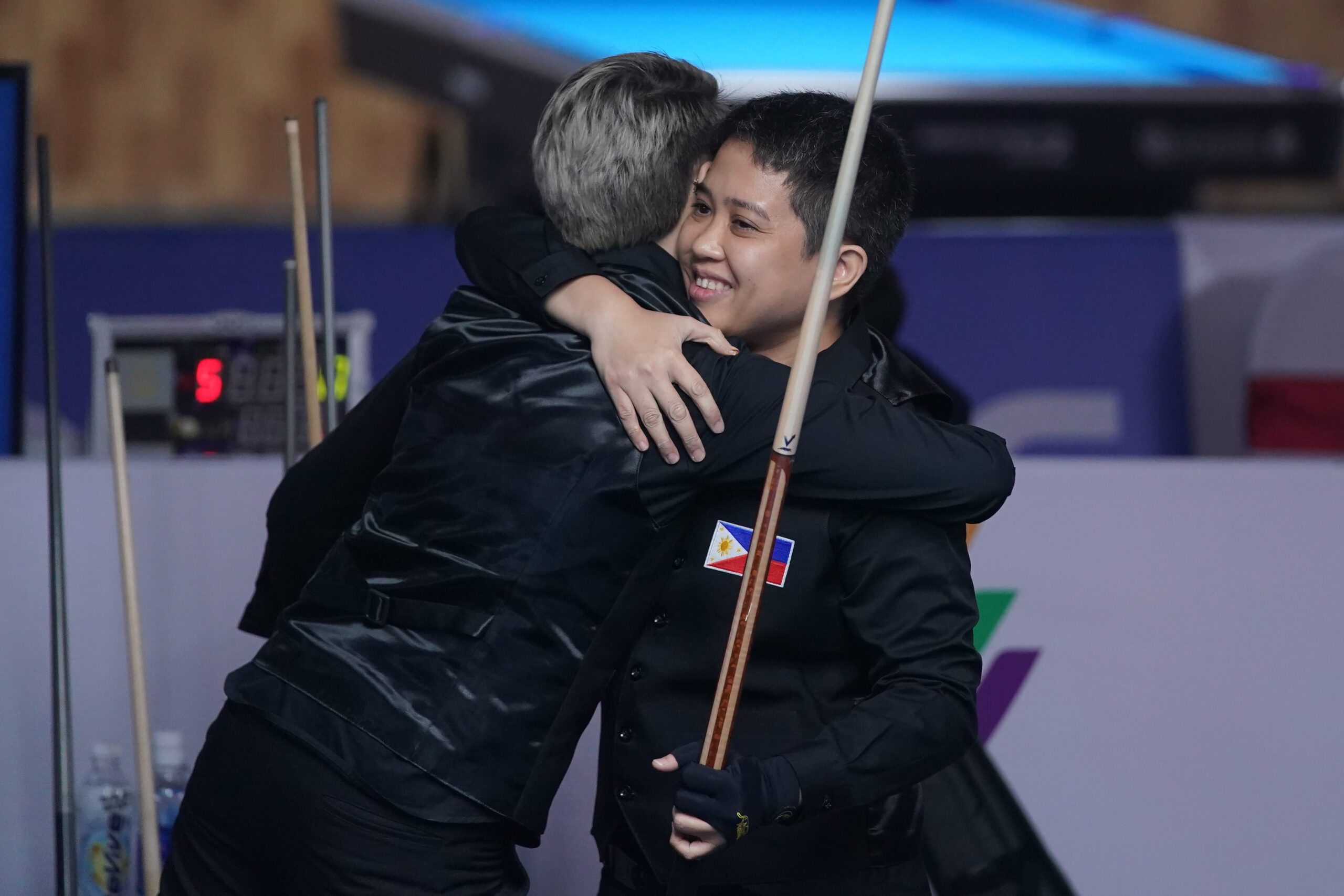 MANILA, Philippines – Filipino cue artists Carlo Biado and Rubilen Amit outlasted their compatriots to rule the men’s and women’s 10-ball singles in the Southeast Asian Games in Vietnam on Saturday, May 21.

Biado redeemed himself against Johann Chua, while Amit dethroned Chezka Centeno as the national billiards team captured four golds, four silvers, and two bronzes for a total of 10 medals.

Playing in her ninth straight SEA Games, Amit remained at the top of her game by hacking out a 7-5 win over Centeno in a rematch of the 2019 women’s 10-ball finals.

Centeno climbed back from a 2-5 hole and knotted the score at 5-5, but Amit won the next two racks – pulling off a break and run in the final frame – to secure her triumph.

“It’s always a pleasure to play Chezka. No lead is safe with her… I just got luckier,” said Amit.

Now 40 years old, Amit showed she still has plenty of gas left in the tank as she ended her campaign in Vietnam with two golds, the other one coming from the women’s nine-ball.

In men’s play, Biado got his payback against Chua after losing in their nine-ball finals duel by clinching the 10-ball gold behind a 9-3 victory.

Cutting down on his errors that cost him the nine-ball title, Biado – the reigning US Open champion – jumped to a 4-1 lead on the way to his first SEA Games gold since 2017.

It was a reversal of fortune for the two Filipino pool stars as it was Chua who committed crucial miscues that allowed Biado to pull away.

Chua missed a corner shot for the 10-ball in the fifth rack and Biado took advantage to seize a commanding 4-1 advantage.

Although Chua sliced his deficit to 2-4, Biado won five of the next six racks for the swift finish.

Biado bagged his third SEA Games gold and first in 10-ball after settling for silver in 2013. – Rappler.com