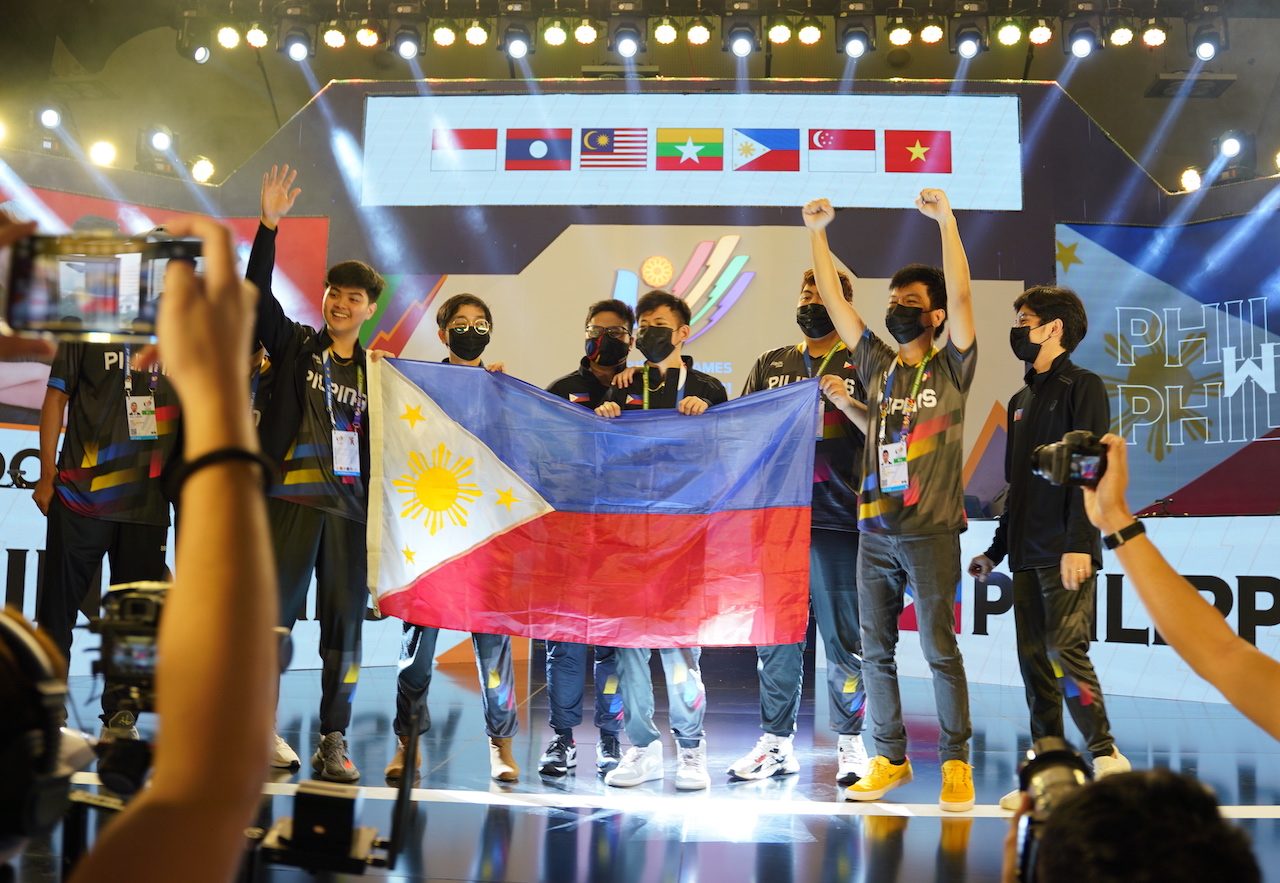 Facebook Twitter Copy URL
Copied
In a rematch of the 2019 SEA Games finals, Sibol survives a plethora of close calls against star-studded Indonesia to defend its Mobile Legends throne

MANILA, Philippines – When it comes to Mobile Legends, the Philippines is second to none.

Sibol delivered another esports gold in the Southeast Asian Games in Vietnam as the Philippines defended its Mobile Legends throne against Indonesia at the National Convention Center in Hanoi on Friday, May 20.

In a rematch of the 2019 SEA Games finals, the Filipinos survived a plethora of close calls against the star-studded Indonesians to hack out a 3-1 victory in the best-of-five series.

Indonesia held the upper hand in gold earned and turrets destroyed late in Game 3 by a significant margin before Sibol – with only its base turret standing – completed a wipeout that paved the way for the GG push.

Putting up a masterclass on Xavier, Imam churned out 6 kills and 14 assists against 1 death in Game 3, while Villaluna put up 1 kill and 17 assists against 5 deaths on Rafaela.

Sibol then made quick work of a shaken Indonesia side in Game 4, wrapping up the match in under 11 minutes as Del Rosario chalked up a perfect line of 2 kills and 5 assists against zero deaths on Akai.

It is the Philippines’ second esports gold in this edition of the biennial meet after Sibol reigned in the women’s League of Legends: Wild Rift behind GrindSky Eris.

Blacklist International earned the right to represent the country in the SEA Games as it topped Nexplay EVOS in the Sibol Mobile Legends National Team Selection in January.

The trio of Villaluna, Del Rosario, and Imam teamed up with Kyle Dominic Soto and Lee Howard Gonzales after original Blacklist members Kiel Soriano and Edward Dapadap were ruled ineligible due to the age restriction.

Although relative unknowns in the local Mobile Legends scene, Soto and Gonzales proved their mettle on the SEA Games stage.