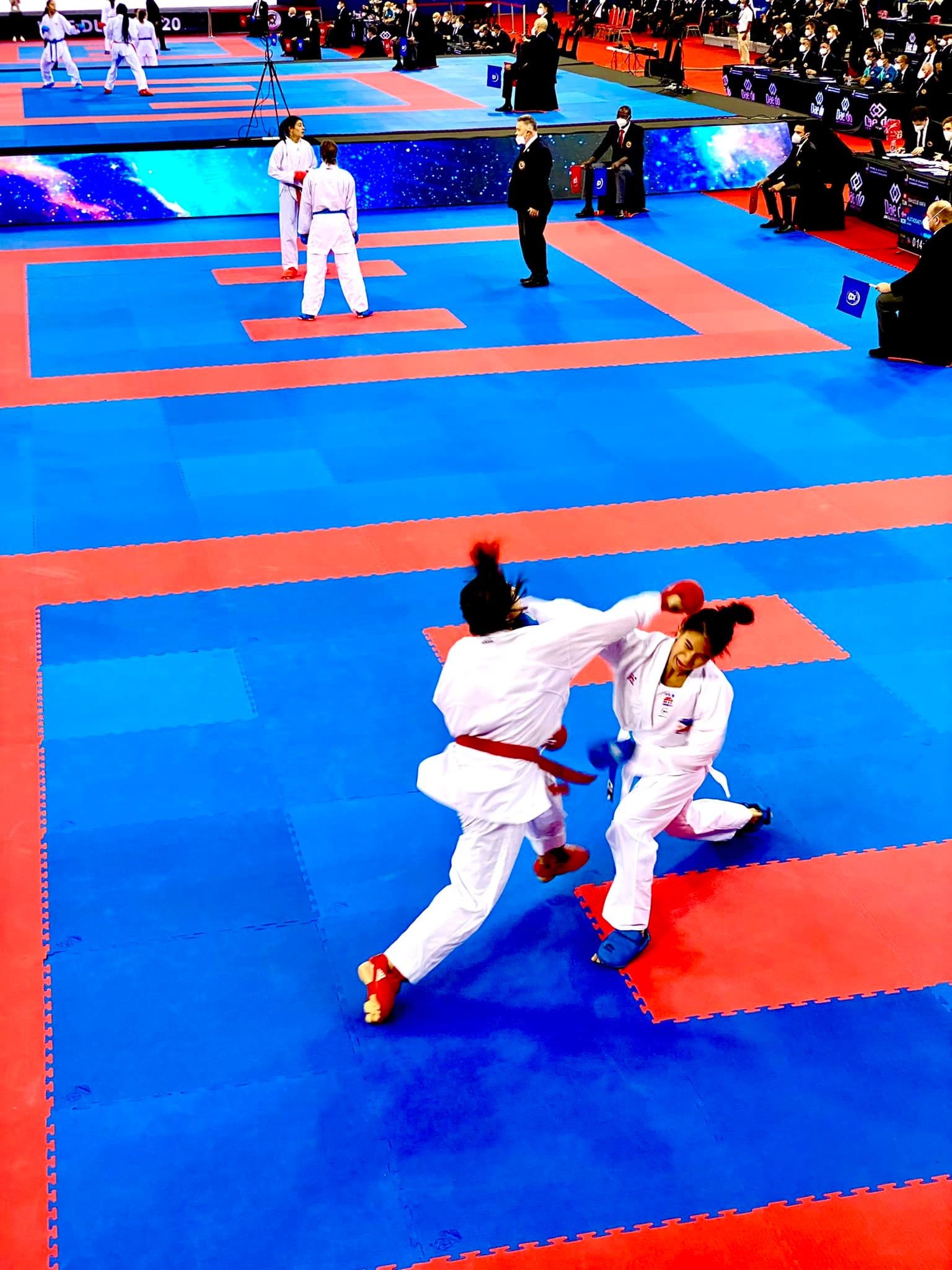 Jamie Lim gained a chance for a bronze medal, as Junna Tsukii made a heartbreaking exit in the 2021 Karate World Championships on Wednesday, November 17 in Dubai.

Lim impressed in her debut in the female kumite -61kg event as she made it to the fourth round before falling to Karate Premier League champion Anita Serogina of Ukraine, 1-2.

Lim was stellar from the get-go as she opened her campaign with a 4-2 win over Russia’s Alana Kochieva.

In following round, Lim escaped with majority decision wins over France’s Laura Sivert in the second round and Sarara Shimada of Japan in the third.

The 24-year-old will compete for at least a bronze finish in the repechage round on Thursday, November 18.

Karate Premier League No. 2 Tsukii, though, bowed out of medal contention after losing 2-3 in the second round to Uzbekistan’s Bakhriniso Babaeva in the female -50kg event.

She failed to clinch a berth in the repechage round, which will give her a chance for a podium finish, as the Uzbek failed to advance to the final.

In addition to Lim’s medal event on Thursday, Sarah Pangilinan and Joco Vasquez will be battling it out in the individual kata events. – Rappler.com