THRILLER. Eduard Folayang goes all out against John Wayne Parr.

Facebook Twitter Copy URL
Copied
‘I’ve experienced everything in my career – the highs and, of course, the lows of going through a terrible losing skid,’ says Eduard Folayang as the Team Lakay star looks to follow up on his bounce-back win

MANILA, Philippines – Eduard Folayang saw his ONE X performance as more than just another victory.

The win – highlighted by a wild third round – also gave “Landslide” a huge confidence boost at a time when he needed it most.

“I was in disbelief. I thought to myself, ‘Finally, I was able to break my skid, and I was able to give a good fight.’ Especially since the people in attendance were all standing up. They were cheering and it was definitely noisy inside the Singapore Indoor Stadium,” said Folayang, who had lost four straight bouts entering his matchup with Parr.

“At the back of my head, I knew that I made it. And this is great for me, momentum-wise.” 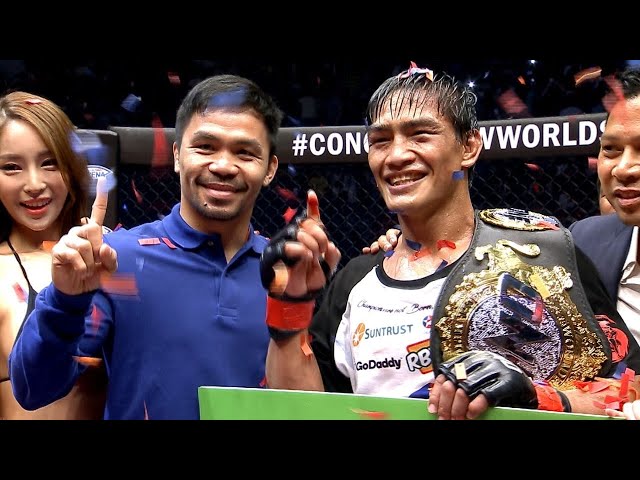 With his morale lifted, the 38-year-old now wants to challenge himself further – either in another muay thai contest against American karate phenom Sage Northcutt or by returning to MMA against Japanese legend Yoshihiro “Sexyama” Akiyama.

The former ONE Lightweight World Champion immediately called out Northcutt after his win at ONE X and then doubled down in another interview.

“I think it will be a good fight. It’s a win-win situation for us. He’s a striker, a karate champion. On the other hand, I’m from wushu. And we’ll be fighting in a different world with muay thai rules,” Folayag stated.

“I think that is a good match for us. It will truly test our skills. I’m sure he loves a challenge and I see this one as entertaining. For me, I challenge him because I truly enjoyed the all-striking match with JWP.”

Meanwhile, a clash with the resurgent Akiyama is something the Team Lakay great plans to revisit after it fell through last year.

“[Akiyama] really performed well against Shinya [Aoki]. It’s a bit identical to the way I beat Shinya. I think this is a good match to make,” Folayang said.

“We were supposed to face each other before, but it got canceled. If it happens I think it will be a good match for us.”

Regardless of his next opponent, “Landslide” is grateful that he still has interesting fights ahead, especially for someone entering his 11th year with ONE.

“It feels good. I’ve experienced everything in my career – the highs and, of course, the lows of going through a terrible losing skid. Now, I was given the opportunity to bounce back. I’m happy,” he added.

“It reminds me that as long as you love what you’re doing, you have the discipline to pursue your goal, it gives you the extra desire to train and last in this sport.” – Rappler.com