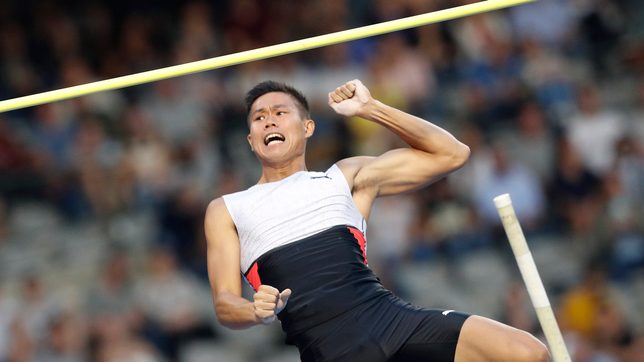 PSC chairman William “Butch” Ramirez confirmed to Rappler that the government sports agency is waiting for the Philippine Athletics Track and Field Association’s (PATAFA) endorsement of documents from the international competition, which will be evaluated by the PSC’s national sports association affairs for approval before releasing Obiena’s bonus.

According to Section 8 of the Republic Act 10699 or the expanded National Athletes, Coaches, and Trainers Benefits and Incentives Act of 2001, “national athletes and other athletes who surpass Philippine record or ranking in any measurable international sports competition shall be given cash incentives, the amount of which may be determined by the PSC.”

Obiena cleared 5.93 meters to surpass the previous Asian mark of 5.92m set by Kazakhstan’s Igor Potapovich on February 19, 1998. In setting the record, the Filipino Olympian also bagged the gold in the 2021 Golden Roof Challenge in Innsbruck, Austria.

This came two weeks after the 25-year-old also broke his personal and national record of 5.91m in the Paris Diamond League.

Obiena, who finished 11th in the Tokyo Olympics, had vowed to bounce back, and in the process, also notched a world No. 5 ranking.

Once his dad’s, EJ Obiena made the Olympic dream his own