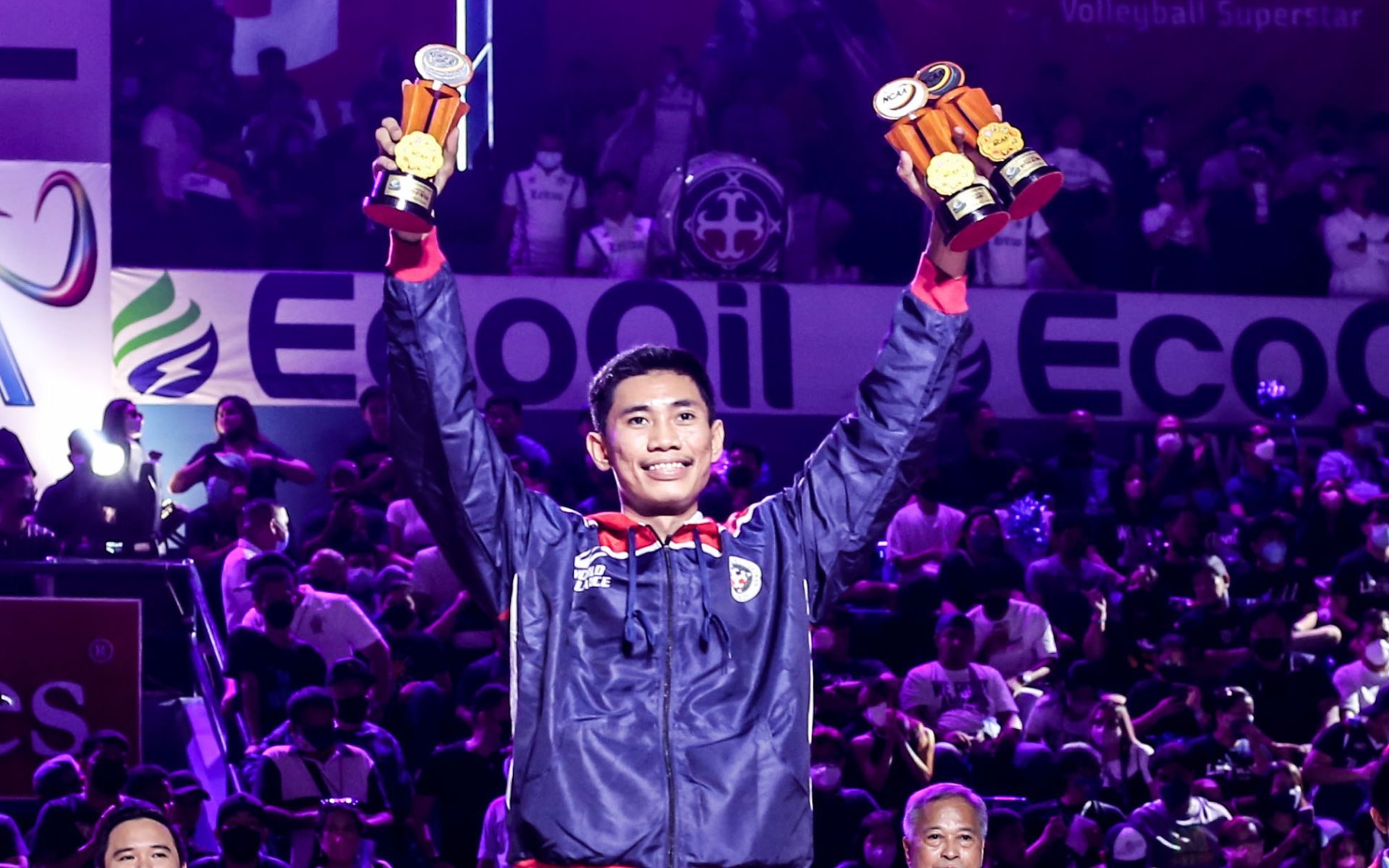 WINNER. Rhenz Abando wraps up his amateur stint with a championship and an MVP plum.

The 24-year-old forward is coming off a stint with Gilas Pilipinas at the FIBA Asia Cup and a perfect 12-0 title-winning NCAA Season 97 with Letran.

In his first and only year with the Knights, Abando starred with averages of 15.1 points, 6.7 rebounds, 1.9 assists, and 1.4 blocks to win Rookie of the Year and MVP honors.

The 6-foot-2 high-flyer ended his collegiate career after plying his craft in three colleges – the Philippine College of Science and Technology-Pangasinan in 2017, UST in 2019, and Letran in 2022.

Other imports joining Abando in the Filipino contingent are fellow Gilas players SJ Belangel, RJ Abarrientos, and Will Navarro, along with Ethan Alvano, and Justin Gutang.

Abando now heads to a powerhouse KBL team coming off a runner-up finish after a 4-1 series finals loss to the Seoul SK Knights.

He has a chance to face the eventual PBA Philippine Cup champions grouped with Anyang in the upcoming East Asia Super League season later this year. – Rappler.com