MANILA, Philippines – Roosevelt Adams is the latest PBA player to take his act to the Japan B. League after signing with Division 2 team Kagawa Five Arrows, the team announced on Wednesday, September 21.

Adams, the first overall pick in the regular 2019 PBA Rookie Draft, last played for the Terrafirma Dyip in the Season 46 Governors’ Cup, where he only played in four games with averages of 4.8 points and 3.8 rebounds.

He declined a two-year contract extension with his team, opting to become a free agent and spent time playing for Gilas Pilipinas.

During the Philippines’ blowout win over Saudi Arabia in the FIBA Basketball World Cup Asian Qualifiers last August, the 6-foot-5 forward was able to collar 5 rebounds.

Prior to being drafted, Adams played for the Pasay Voyagers of the MPBL and the Chooks-to-Go 3×3 circuit, where he became one of the top-ranked cagers.

“It’s official, Japan bound. I want to thank Kagawa Five Arrows for this great opportunity! Also would like to thank my wife, family, friends, and the true fans for the love and support! Super excited to start this new chapter! The marathon continues,” posted Adams on his Facebook account.

Adams joins a powerhouse Division 2 squad in the Five Arrows, which topped the West Division standings at a 36-16 card before losing in the semifinals.

His arrival in Japan is yet to be determined, as he will need to clear medical checkups after arriving in Japan, per the team. 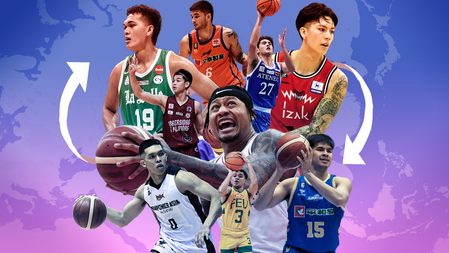