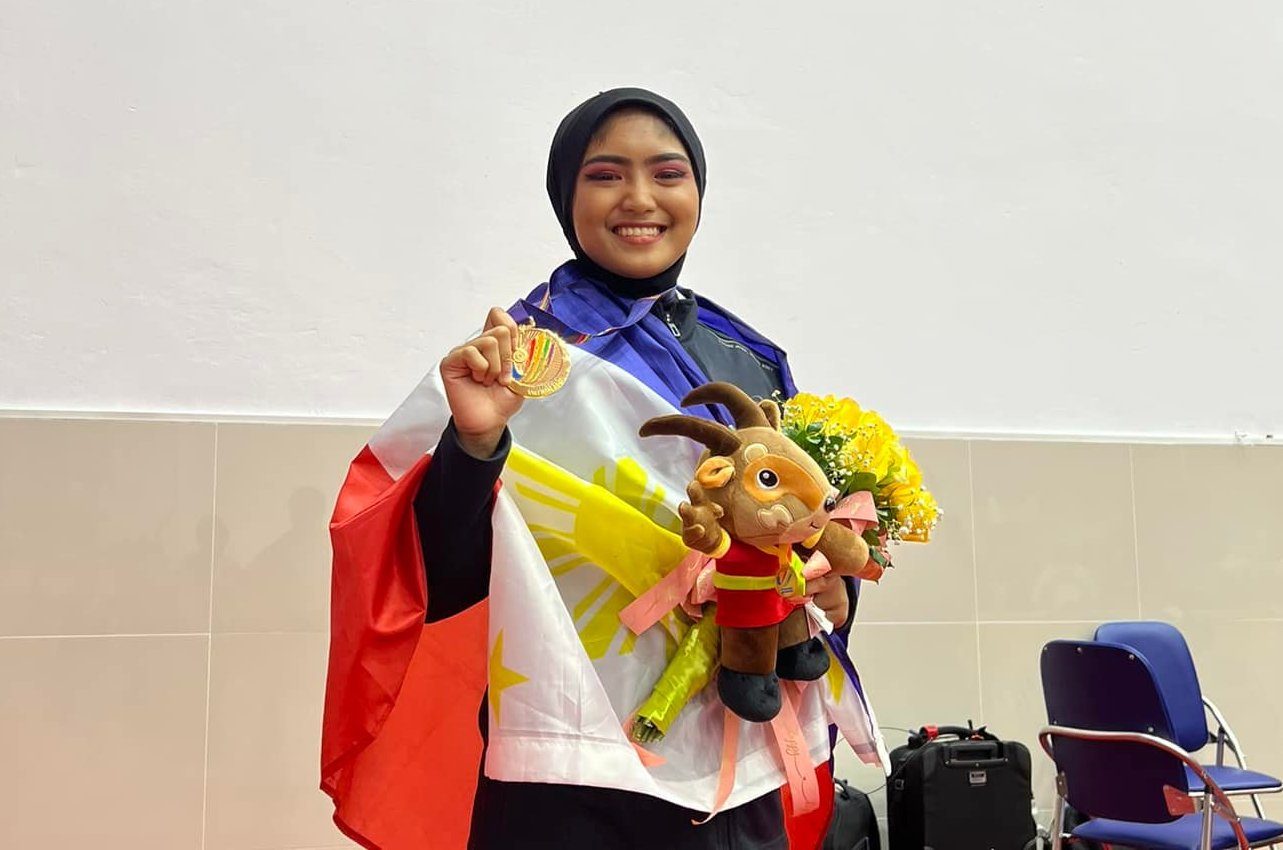 MANILA, Philippines – Mary Francine Padios delivered the Philippines its first gold medal in the Southeast Asian Games in Hanoi, Vietnam after ruling the seni tunggal event of the women’s pencak silat on Wednesday, May 11.

Inspired by her ailing father, the Kalibo, Aklan native scored 9.960 points to stun defending champion Puspa Arum Sari of Indonesia, who settled for silver with 9,945 points.

Padios’ father fell into a coma after figuring in a car accident on the way to Aklan just before Christmas last year.

“He has been motivating me ever since,” said Padios.

The Philippine kurash team also came up big on Wednesday and churned out six medals: three silvers and three bronzes.

Olympic rower Cris Nievarez added a silver to the Philippines’ medal tally as he and partner CJ Jasmin placed second in the men’s double sculls.

A day before the SEA Games formally opens on Tuesday, the Philippines now has 1 gold, 5 silvers, and, 5 bronzes as the men’s beach handball team finished behind champion Vietnam on Tuesday.

Vietnam also topped the Philippines in women’s football on Wednesday as the Vietnamese hacked out a come-from-behind 2-1 win over the Filipinas.

Veteran Tahnai Annis put the Philippines on the board first with a goal at the 15th minute, but Vietnam found the back of the net twice behind Nguyen Thi Tuyet Dung and Tran Thi Thuy Trang.

The Filipinas slipped to second place in Group A and will need the Vietnamese to win over Cambodia on Saturday to secure their place in the semifinals. – Rappler.com