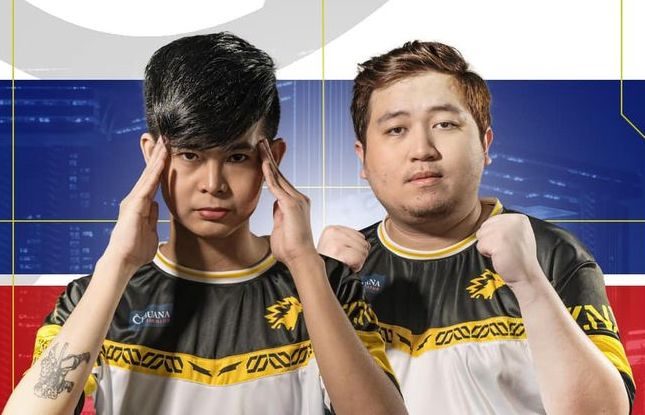 Facebook Twitter Copy URL
Copied
Blacklist International, Onic Philippines, Nexplay EVOS, and RSG Philippines advance to the upper bracket of the tournament that will determine the country's representative in the SEA Games

MANILA, Philippines – The absence of key players hardly slowed down Blacklist International and Onic Philippines as they kicked off their campaigns in the 2022 Sibol Mobile Legends National Team Selection with respective wins on Thursday, January 27.

Although without side lane stars Kiel “Oheb” Soriano and Edward “Edward” Dapadap due to age restrictions, Blacklist still trounced the rejigged Bren Esports, 2-1, to advance to the upper bracket.

The power tandem of Johnmar “OhMyV33nus” Villaluna and Danerie James “Wise” del Rosario put their experience to good use as reigning world champion Blacklist emerged victorious after Bren forged a decider in the best-of-three affair.

Meanwhile, Onic barely broke a sweat in sweeping amateur team Origen Esports even without jungler Kairi “Kairi” Rayosdelsol, who is also prohibited from competing in the tournament that will determine the representative in the upcoming Southeast Asian Games.

Players have to be at least 18 years old by the time the SEA Games, which will be hosted by Vietnam, comes off the wraps on May 12.

Onic crushed Origen in Game 1 in under 10 minutes and sealed the sweep with a 17-minute win in Game 2.

Nexplay tangles with Blacklist and RSG locks horns with Onic in the upper bracket.

Bren, Omega, El Ganador, and Origen still have a shot at representing the Philippines in the biennial meet as they fight for their lives in the lower bracket starting on Friday, January 28. – Rappler.com