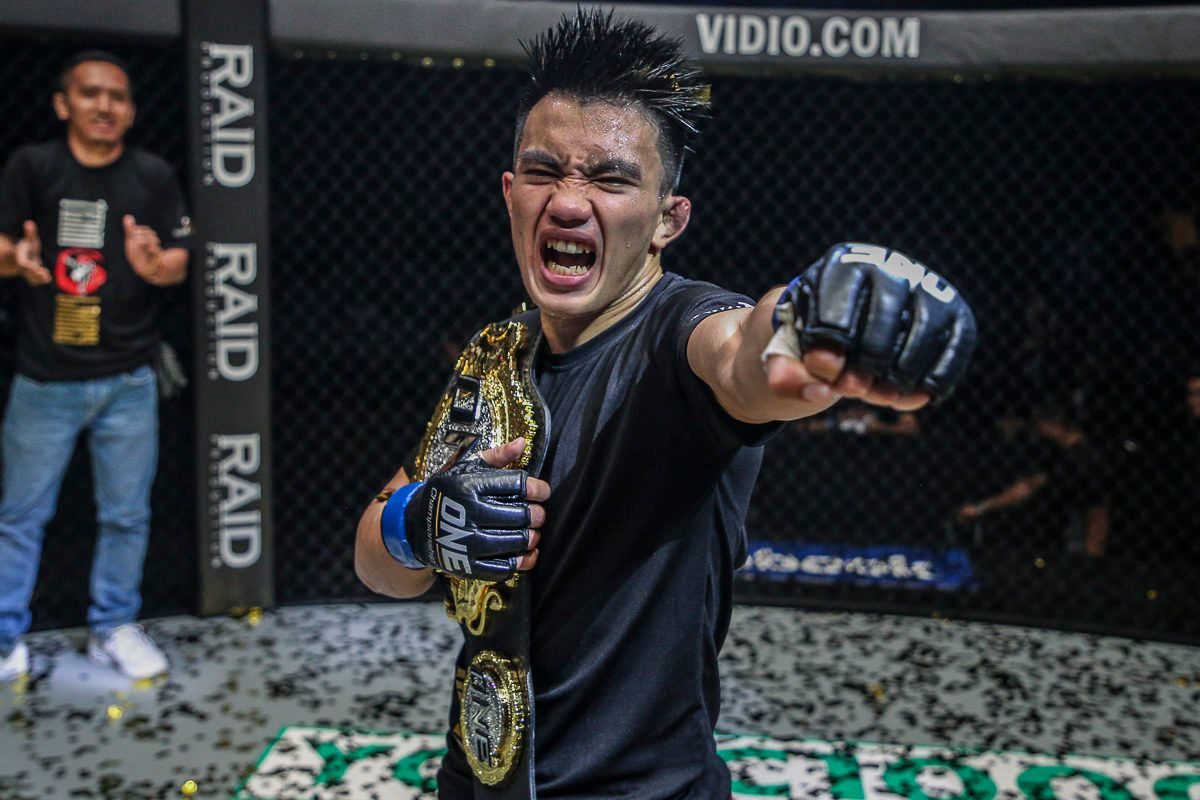 ON TOP. Joshua Pacio knows many want a shot at his belt.

MANILA, Philippines – ONE Strawweight World Champion Joshua “The Passion” Pacio is keeping a keen eye not only on the top contenders but also on emerging Filipinos in the division.

Two of them will be competing this Friday, January 14, when ONE Championship holds its first event of the year in ONE: Heavy Hitters  at the Singapore Indoor Stadium.

Jeremy “The Jaguar” Miado battles Senzo Ikeda in a crucial clash while Robin “The Ilonggo” Catalan looks to rediscover his winning ways when he takes on Elipitua “The Magician” Siregar on the lead card.

Instead of being threatened, Pacio loves the fact that more Filipinos will help him and teammate Lito “Thunder Kid” Adiwang dominate the strawweight division.

“I’m very happy to see Filipinos emerge in this weight class. This is really a weight class for a lot of Asian athletes like me,” the Team Lakay mainstay said. 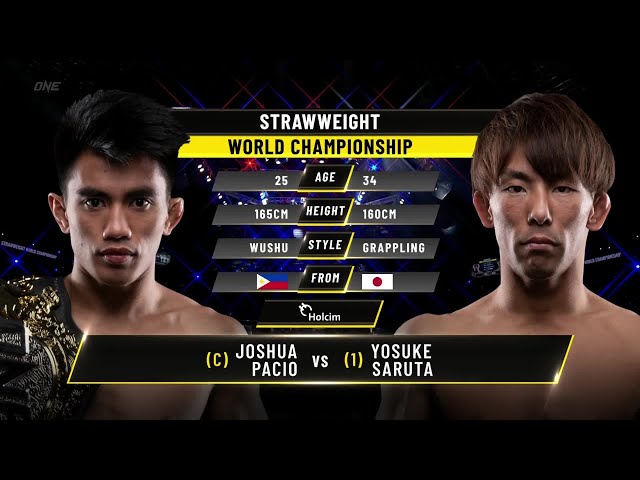 Miado last turned heads after another sensational performance against Miao Li Tao, and the Filipino striker credits his progress to joining Marrok Force in Bangkok, Thailand.

The 26-year-old notes those improvements, especially after seeing how “The Jaguar” handled his Chinese foe with ease.

“Jeremy Miado is leveling up, and we saw that in his last outing against Miao Li Tao. He just dominated the fight, using his range and boxing skills,” the Baguio City native said.

Catalan is nowhere near the rankings after mixed results in his previous six matches. Still, Pacio knows that the competitor from Iloilo can string together a couple of wins using his power to finish off opponents.

“Robin, this guy can close the show in the blink of an eye just like what he did to Gustavo [Balart],” Pacio said.

While the world champion with a 20-3 mixed martial arts record will be cheering for the two this Friday, he’ll also be watching closely because they have what it takes to fight for the belt.

“We’re the one who’s at the top of the food chain,” he said. “So, it’s our job to level up every single day. I have to improve every day to show everyone a more complete Joshua Pacio.”  – Rappler.com

Catch ONE: Heavy Hitters live on One Sports+ beginning with the lead card at 6 pm Philippine time on Friday, January 14. The main card will begin on ONE Sports and ONE Sports+ at 8:30 pm on Friday,  January 14.

It will air simultaneously on ONE’s YouTube channel and the ONE Super App.