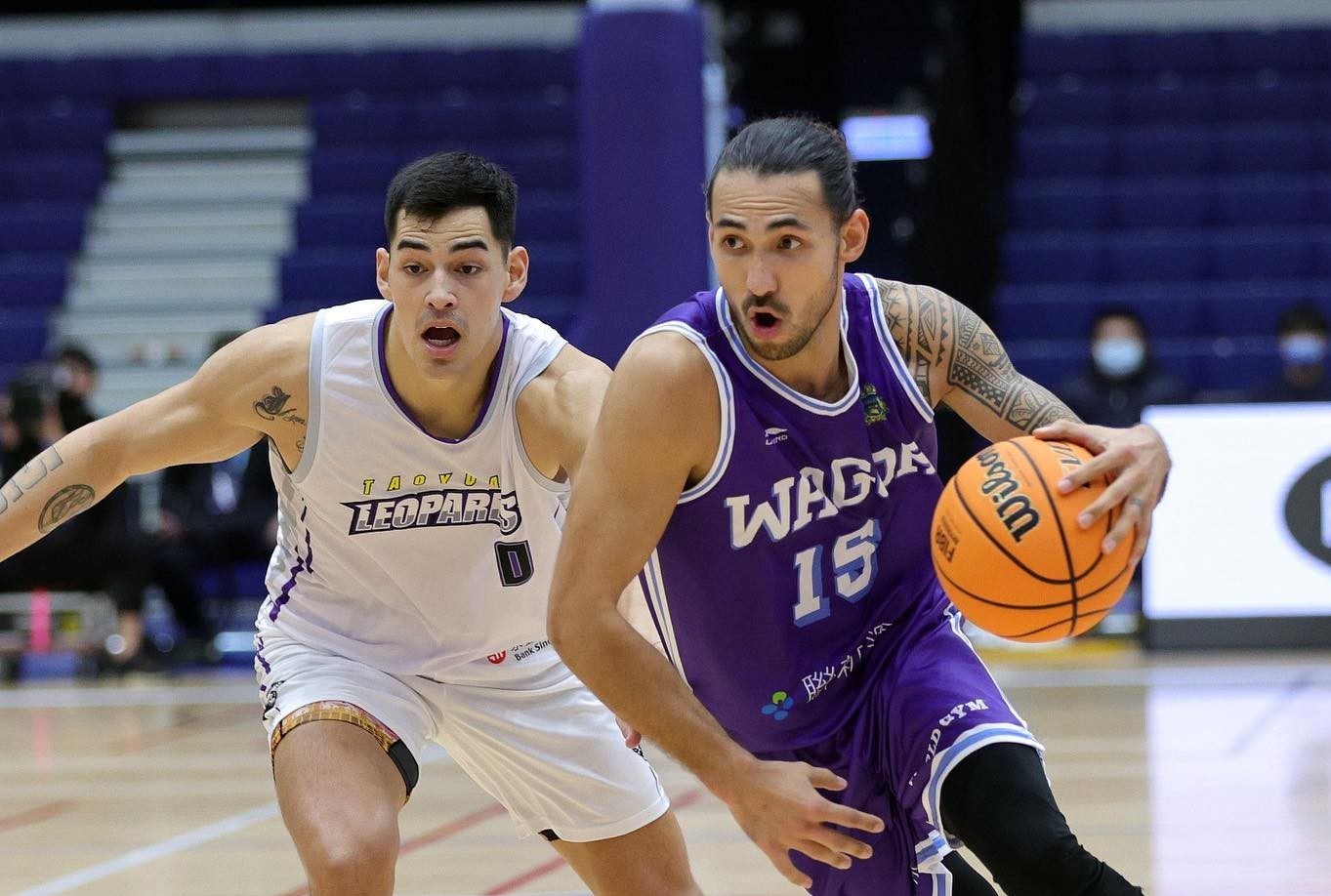 MANILA, Philippines – Jordan Heading made it rain from deep and keyed the Taichung Suns to a 119-115 escape over the Taoyuan Leopards in the T1 League in Taiwan at the Chung Yuan University Gymnasium on Sunday, January 16.

In an impressive shooting clinic, the Gilas Pilipinas guard buried 8 three-pointers and finished with 32 points as the Suns beat the Leopards for the second straight week to improve to 4-5.

Heading was all over the floor in the win, scattering 10 rebounds, 6 assists, 2 blocks, 2 steals, and 2 crucial free throws down the stretch.

Unlike its 27-point loss to Taichung in the previous week, Taoyuan kept it close this time as it remained within striking distance late, with import John Gillon trimming the Leopards’ deficit to 111-114 off a pair of foul shots with 15 seconds left.

But Heading drained both of his free throws in the ensuing possession to give the Suns a five-point edge before 3 freebies from Chen Ching-Huan and Ting Sheng-Ju sealed the Taichung victory.

Palestinian import Sani Sakakini led the way for the Suns with a monster double-double of 35 points and 20 rebounds to go with 6 assists, while Ting churned out 22 points, 7 assists, and 6 rebounds.

Su Yi-Chin and Chen delivered 11 and 10 points, respectively, for Taichung.

Filipino-American Caelan Tiongson was once again silent in another Taoyuan loss as he put up 3 points, 6 rebounds and 3 assists.

American import Troy Williams saw his double-double of 31 points and 11 rebounds go down the drain for the Leopards, who remained at the bottom of the standings with a 1-8 record.

Tiongson and the Leopards look to arrest their six-game skid against New Taipei CTBC DEA on January 22, while Heading and the Suns shoot for their third straight win, also against the DEA, on January 23.

Riding on a five-game winning streak, Filipino-American Jason Brickman and the league-leading Kaohsiung Aquas return to action on January 23 against the Taiwan Beer HeroBears. – Rappler.com