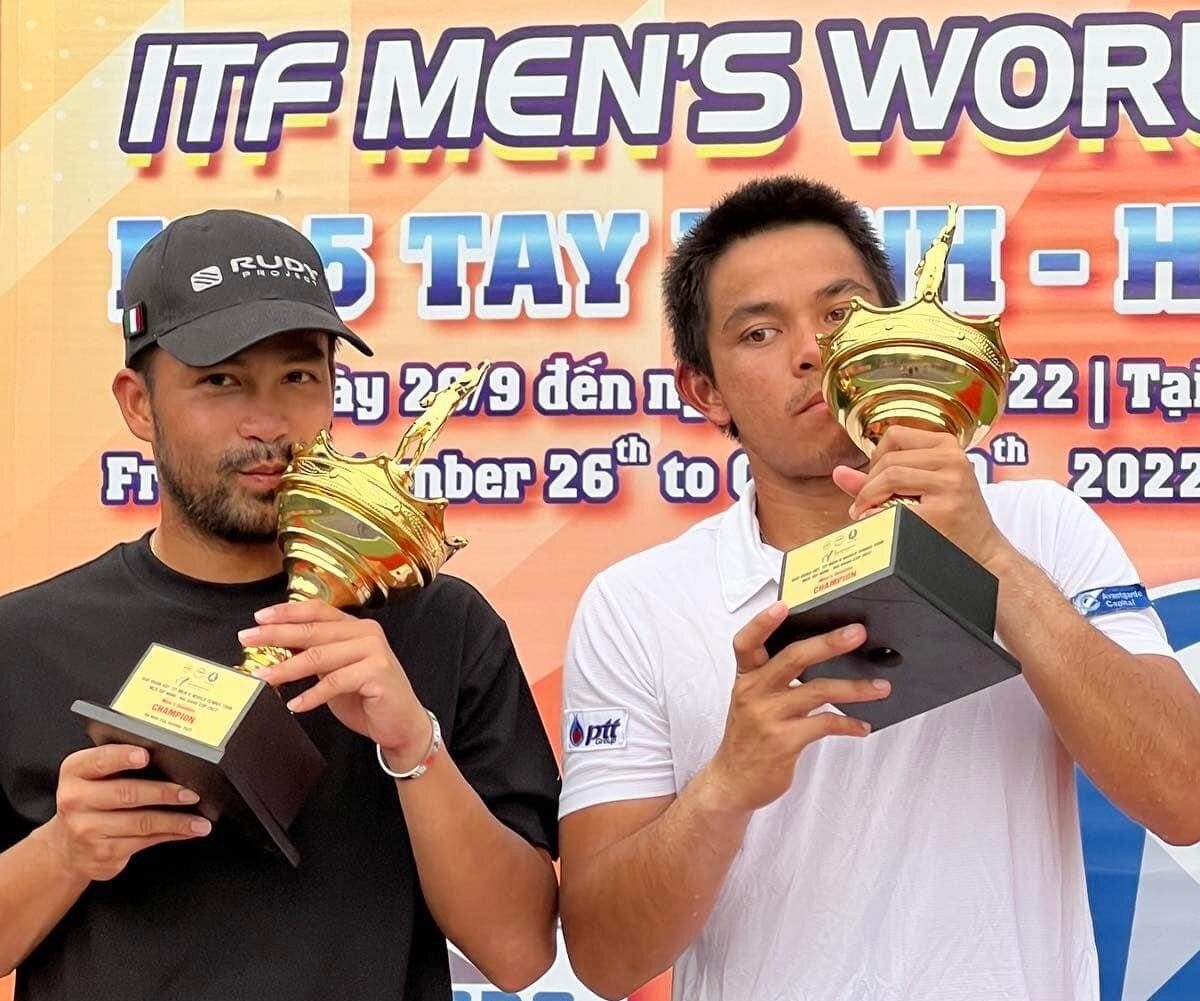 MANILA, Philippines – Philippine tennis ace Francis Casey Alcantara and Thailand’s  Pruchya Isaro rose from a set down to capture the doubles championship in the Hai Dang Cup 2022 in Vietnam.

Alcantara and Isaro downed Yu Hsiou Hsu of Chinese Taipei and Wishaya Trongcharoenchaikul of Thailand, 2-6, 6-3, 10-3, in the final match on Saturday, October 1, at the Hai Dang Tennis Club in Tay Ninh.

Seeded first in the $25,000 ITF event, Alcantara and Isaro could not convert their break point opportunities in the opening set while getting broken twice by their third-seeded opponents.

But they bounced back in the second set and went up 4-2 after earning their first service break in the fifth game. They broke serve again in the ninth to extend the finals to a super tiebreak.

The deciding set was all Alcantara and Isaro. From a 2-2 deadlock, they zoomed to an 8-2 lead which was enough of a cushion for them to close out the match.

With this championship win, Alcantara – fresh off back-to-back runner-up finishes in the ATP Challenger circuit in Thailand – earned his third ITF title for the year.

Alcantara emerged champion in the M25 tournament in Egypt last May and the M15 event in Vietnam last June. – Rappler.com