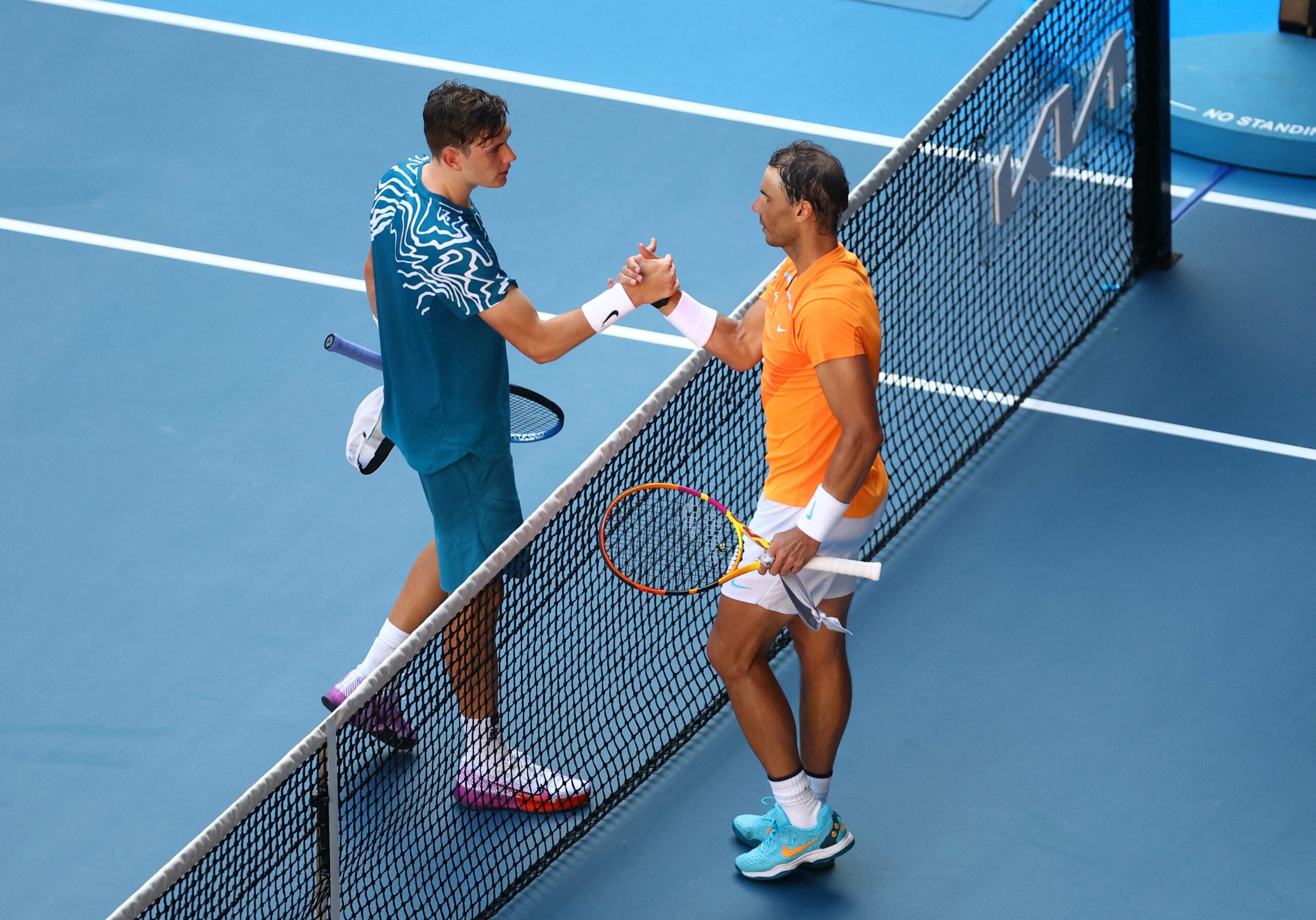 Defending champion Rafa Nadal dropped a set but prevailed in a battle of fitness against rising talent Jack Draper to reach the second round of the Australian Open on Monday, January 16, with an unconvincing 7-5, 2-6, 6-4, 6-1 win.

Fellow lefthander Draper played superbly to level the match at a set all on a warm and humid afternoon at Rod Laver Arena but the 21-year-old Briton was soon overwhelmed by cramping and bowed out groaning in pain.

It was something of an escape for top seed Nadal, who came into the match with only one win since the US Open and was far from his best in a match that threw up unexpected challenges.

“I need a victory, so that’s the main thing. Doesn’t matter the way,” Nadal, 36, told reporters.

“I was humble enough to accept that (there were) going to be a little bit ups and downs during the match. Typical thing when you are not in a winning mood.”

It was a far cry from Nadal’s last match at center court when he came back from two sets down to topple Daniil Medvedev in a classic final and claim his second Australian Open crown.

Yet there was still some drama as, at 4-3 in the opening set, Nadal complained during the change of ends that a ballkid had made off with his racket.

“I need the racket back,” he told the chair umpire.

Using a spare, he failed to convert a break point in the next game before the missing racket was returned.

Starting his bid for a record-extending 23rd Grand Slam title, Nadal had to shrug off 46 unforced errors to grind down world No. 38 Draper and set up his next match against American Mackenzie McDonald.

Despite Draper’s troubles, the Briton broke Nadal in the first game of the fourth set when he swooped on an ambitious drop-shot to slot a winner into an open court.

But Nadal went on to win the next six games in succession to claim the match as Draper’s cramping severely curtailed his movement.

“I feel like if you’re not cramping, then that’s fine. The pains of playing high-level tennis on the body is tough. But when you start cramping, it becomes almost impossible, in all honesty.” – Rappler.com