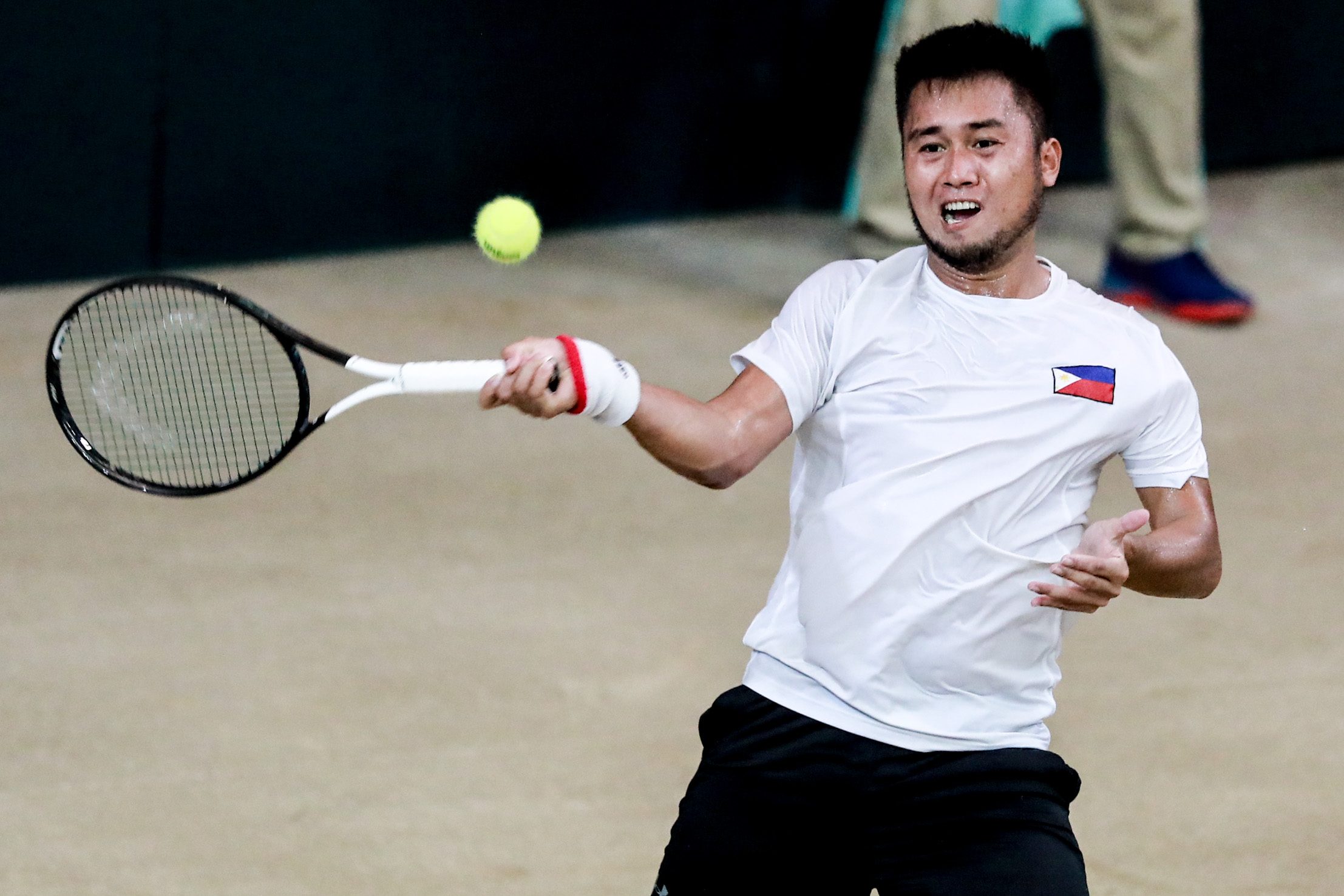 STEADY. Jeson Patrombon lives up to his top billing.

MANILA, Philippines – Jeson Patrombon took the first Open crown in the Philippine tennis restart after a two-year hiatus, repulsing Jed Olivarez with a clutch break in the decider to capture the PPS-PEPP Olivarez Cup crown via a 6-7(4), 6-2, 6-4 decision at the Olivarez Sports Center in Sucat over the weekend.

Patrombon, 28, wore down Olivarez in a gripping third-set battle of nerves, snapping their hold-hold game by foiling the latter at serve in the 10th after blowing two match points and then forcing a deuce and winning the last two points to clinch the three-hour, 10-minute victory worth P30,000.

The Iligan City ace capped his big weekend by teaming up with Vicente Anasta to thwart Olivarez and Joewyn Pascua, 7-5, 6-4, for the doubles crown of the event organized by Palawan Pawnshop-Palawan Express Pera Padala that marked the return of the country’s longest running circuit from the pandemic disruption.

Patrombon, who marked his finals run with a string of straight-sets victories, including an abbreviated win over No. 3 and many-time fellow Davis Cup teammate Johnny Arcilla, dropped a set for the first time as the 23-year-old Olivarez pulled through in a tense tiebreaker after trading breaks in the seventh and 10th games of the opening set.

But the top-seeded Patrombon recovered strong in the second frame, breaking Olivarez in the fourth and eighth games to essay the 51-minute win and send the match to a deciding set that saw the second-ranked Olivarez struggle in the second game before hacking out a scrambling win to draw level.

They held serve in emphatic fashions in the next seven games with Patrombon taking command in the 10th and Olivarez, who downed Anasta in three in the semis, countering to keep in step before wresting control after forcing two deuces.

But Patrombon proved steadier, saving a point to force another deuce then racking up back-to-back points to pound out the victory in the week-long event backed by Dunlop, Rep, Eric Olivarez and Olivarez Sports Center.