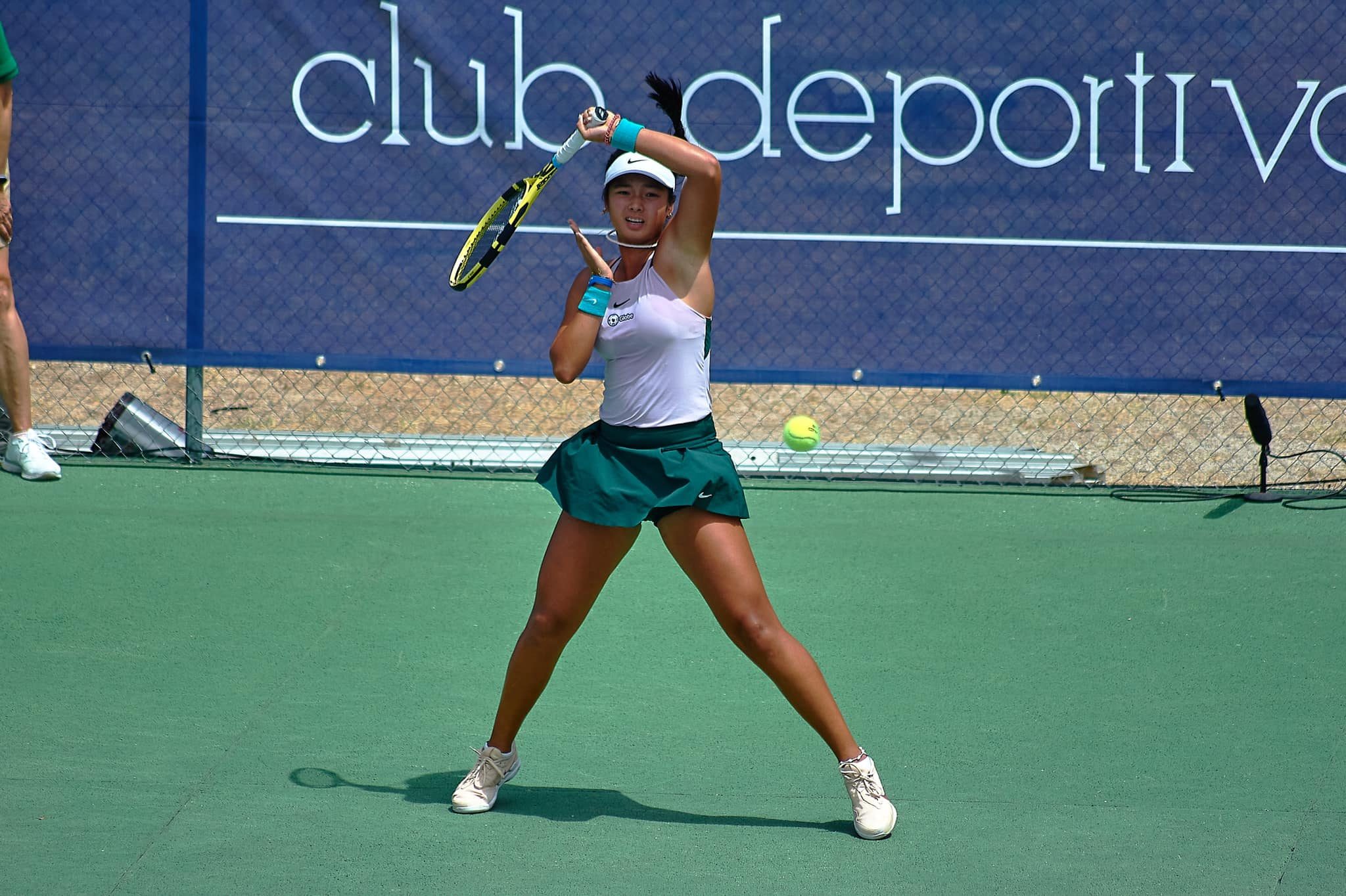 MANILA, Philippines – What was expected to be an uphill climb for Alex Eala against a highly-rated opponent turned out to be a breezy affair.

The 17-year-old Filipina tennis star reached her first ever W60 semifinals on Friday, June 17, after she trumped third seed Jaimee Fourlis of Australia, 6-1, 6-4, in the quarterfinals of the 2022 Open ITF Arcadis Brezo Osuna in Madrid, Spain.

Eala, ranked 413th in the world, immediately imposed her will on the No. 182 Australian as the Filipina jumped to a 5-0 lead in the opening set which she ended in the seventh game at the Club Deportivo Brezo Osuna.

The second set saw Eala struggle a bit, staring at a 0-2 deficit as the 22-year-old Fourlis showed some fight and resistance. But Eala quickly got herself back in the set at 2-all.

After the Filipina teen sensation evened the score anew at 4-4, she broke serve to gain control of the set and the match which she closed out by holding serve in the 10th game.

The road to the semis has been a tough one for Eala. After she won her opening round match in straight sets against fellow unseeded player Liza Karatancheva of Bulgaria, she faced three opponents who were all seeded in the tournament.

Eala then staged an epic comeback in the round of 16 by rallying from a set down and a game away from elimination in the deciding set to prevail over No. 7 Yvonne Cavalle-Reimers of Spain, 0-6, 6-2, 7-5.

In the semifinals, Eala will be going up against 16th seed Katherine Sebov of Canada.

Sebov has been on a roll as she eliminated No. 2 Anastasia Tikhonova of Russia in the round of 16 and followed it up with a quarterfinal upset win over fifth seed Carole Monnet of France. – Rappler.com