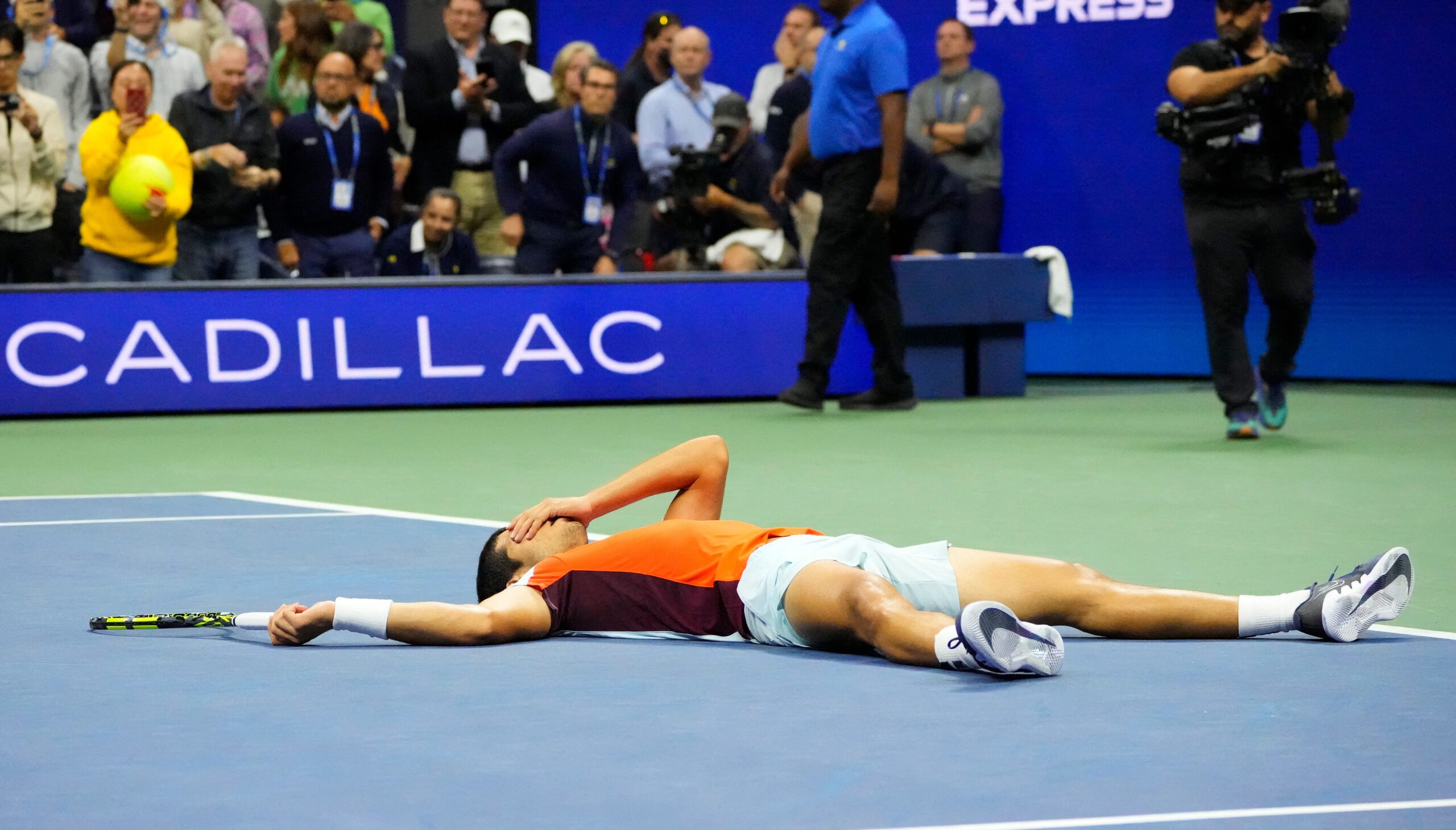 Carlos Alcaraz saved a match point in the fourth set before digging deep in the decider to beat Jannik Sinner in a five-set thriller and reach the US Open semi-finals in the early hours of Thursday, September 8, in New York.

The Spanish teenager collapsed on his back after the match lasting more than five hours concluded at 2:50 am, beating the previous record for the latest finish of 2:26 am set in three matches in 1993, 2012, and 2014.

“Honestly I still don’t know how I did it,” Alcaraz said in an on-court interview. “The level that I played, the level of the match, the high quality of tennis. It’s unbelievable.”

Alcaraz put his finger to his ear in the fifth set after he raced across court to catch up with a Sinner drop shot and fired it past the Italian to set up break point, bringing fans at Arthur Ashe Stadium to their feet.

Alcaraz converted on the next point when Sinner’s shot hit the net for a 5-3 lead and then fired a serve into Sinner’s body on match point to end the five hour, 15 minutes contest.

“Thank you to all of you,” he said to the crowd.

Alcaraz was a human highlight reel all night, sliding and diving around the court and hitting a sensational behind-the-back circus shot that set up a forehand winner in the second set.

If the match was a preview of the future of men’s tennis, the sport is in good hands with the 21-year-old Sinner and 19-year-old Alcaraz engaging in one thrilling exchange after another to the delight of the fans.

“Incredible battle @janniksin!” Alcaraz tweeted after the match. “You really forced me to improve, and I’m sure we’ll have many more matches in the future!”

Sinner struggled to sum up the disappointment.

“It’s not easy to talk now because I finished the match,” he told reporters. “It was a good match from my side, from his side, the level was high. But very, very tough.”