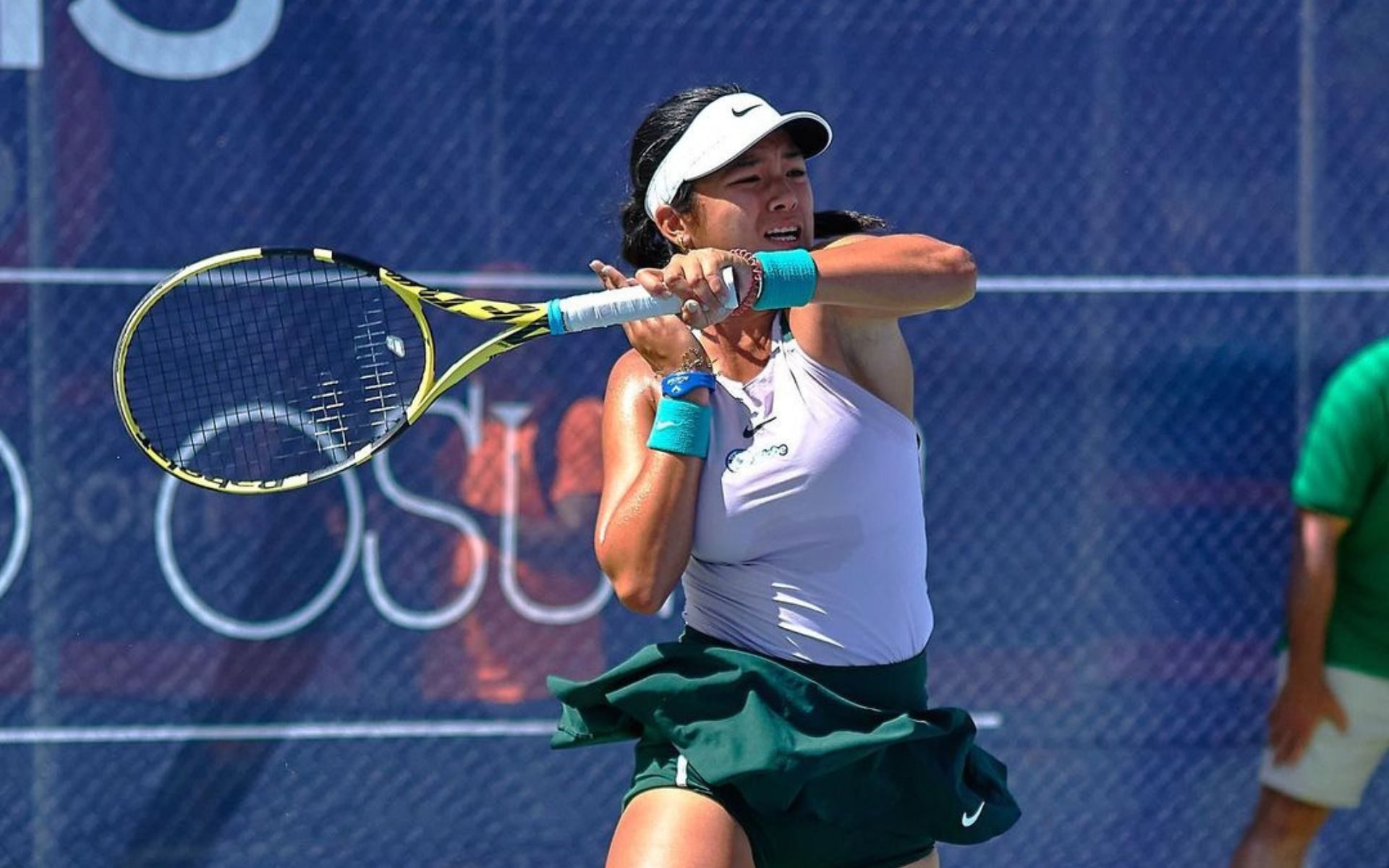 CRASH OUT. Alex Eala gets booted out of the W25 Open Generali Ciudad del Palma de Rio in Spain.

MANILA, Philippines – Alex Eala’s run at the W25 Open Generali Ciudad del Palma de Rio in Spain came to a screeching halt on Thursday, June 30 (Friday, July 1, Manila time) as she crashed out of both singles and doubles competition.

In one-on-one play, the 17-year-old sensation bowed out to the second-seeded Jessica Ponchet of France, 6-2, 6-1, after beating Chile’s Jimar Geraldine Gonzales, 6-2, 6-0, in the opening round.

Over at doubles play, Eala and her Spanish partner Maria Bassols Ribera fell to the top-ranked duo of Russian Valeria Savinykh and Hungarian Fanni Stollar in the semifinal, 6-2, 6-0.

Seeded fourth in the tournament, Eala and Bassols Ribera had an easy time against Marta Huqi Espinas of Spain and Ashley Lahey of the US, 6-1, 6-3, before running into a brick wall in the semis.

Bassols Ribera and Eala had themselves a decent run as a pair in the W25 tilt after facing each other in the W60 VIII Open ITF Arcadis Brezo Osuna last June 19. There, the Spaniard prevailed over the young Filipina to win her first W60 singles title.

Eala also participated in the W60 doubles event, where she and Taiwanese partner En Shuo Liang fell in the quarterfinal round. – Rappler.com