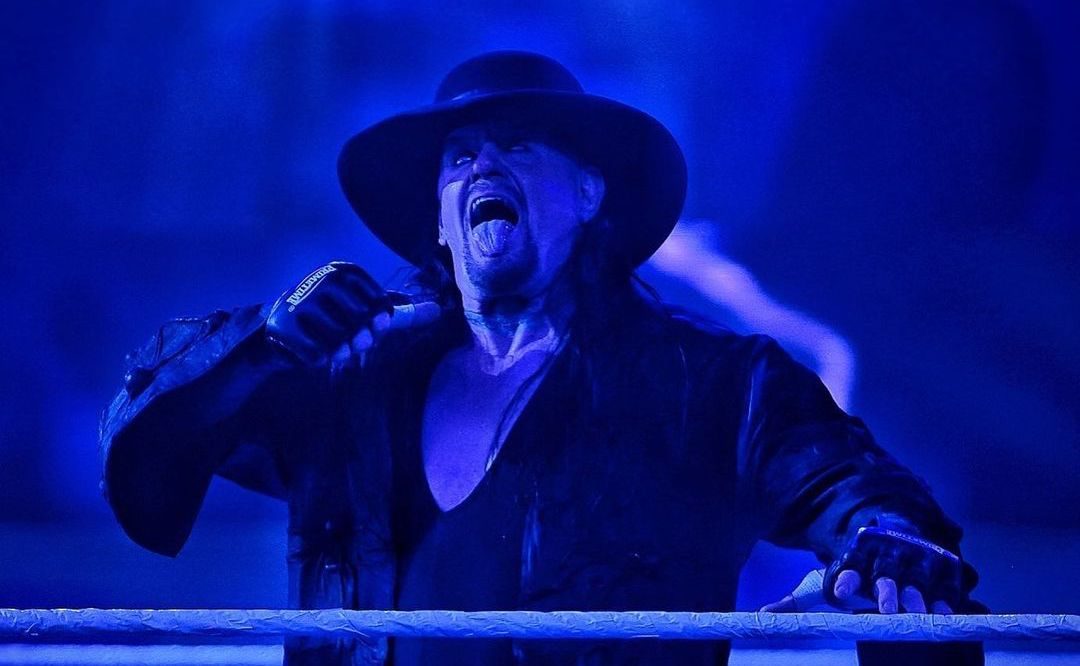 DEADMAN. The Undertaker graces the WWE ring for the last time.

Facebook Twitter Copy URL
Copied
'Now, my time has come,' says The Undertaker as he draws the curtains on a legendary wrestling career that spanned 3 decades

After 30 years, Mark Calaway – better known as The Undertaker – graced the WWE ring for the last time as he bid farewell at the Survivor Series on Sunday, November 22 (Monday, November 23, Manila time).

Following the clash between Roman Reigns and Drew McIntyre, The Undertaker made his final walk to the ring with his iconic theme song.

“For 30 long years, I’ve made that slow walk to this ring and have laid people to rest time and time again,” said Calaway in his farewell speech. “Now, my time has come. My time has come to let The Undertaker rest in peace.”

WWE chairman Vince McMahon paid his tribute to the Deadman and delivered an emotional introduction for one of the most iconic professional wrestlers in history.

“Tonight marks the end of an era of a long, storied career,” McMahon said. “It has to never be duplicated. So tonight, we say goodbye. They say nothing lasts forever, but I think they’re wrong, because the legacy of The Undertaker will live on eternally.”

Dwayne “The Rock” Johnson and John Cena also expressed their respect to The Undertaker on Twitter.

The Undertaker, now 55, announced his retirement in the last episode of his documentary series Undertaker: The Last Ride. He was last seen in action in WrestleMania 36, where he defeated AJ Styles in a cinematic boneyard match. – Rappler.com