These Fil-Am teens hope to make a splash in PH, US hoops 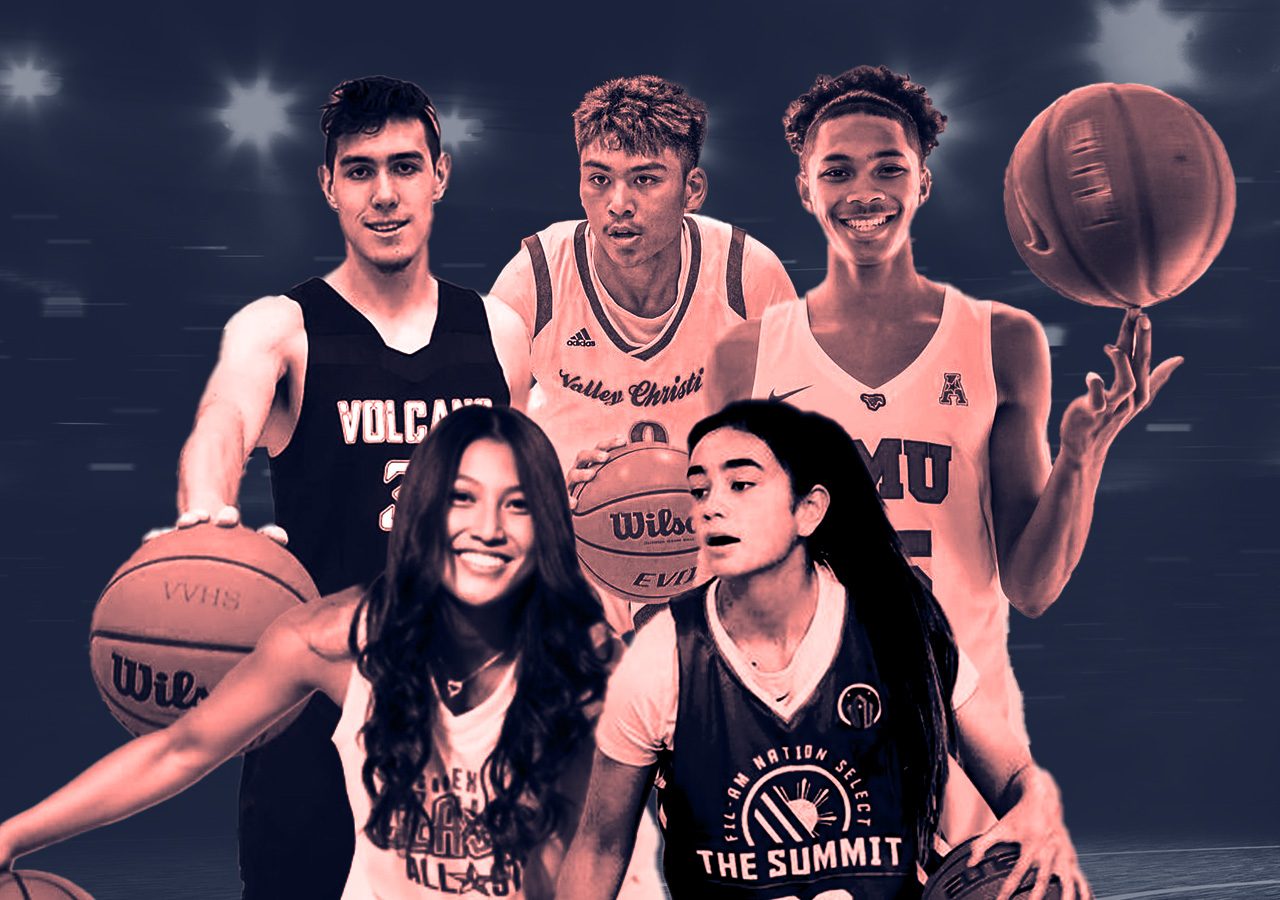 MANILA, Philippines – Ever since its inception in 2019, Fil-Am Nation Select has been providing a platform for Filipino-American athletes based in the United States to showcase their talents while also acting as a bridge to the sports community in the Philippines.

Fil-Am Nation co-founder Cris Gopez said the organization’s goal is to “continue to have these athletes embrace our culture and really be proud to be Filipinos,” and at the same, show their worth and “represent their families – not only abroad, but also in the Philippines.”

PBA player Alex Cabagnot, who’s also a co-founder, said their group aims to focus on the grasroots level as they introduce several Fil-Ams making noise in high schools hoops in the US.

Bayla saw action for the Gilas Pilipinas under-16 team that reached the quarterfinals of the FIBA U16 Asian Championship last June. The 6-foot-5 guard/forward was also part of the Gilas Youth under-18 pool.

The 16-year-old, who plays for Valley Christian High School in California, said playing for the Philippine youth team was “one of the best experiences” of his life and picked up a few things from the tournament.

“What I learned… is to prioritize my strength and agility ‘cause the kids out there were really strong and very competitive,” said Bayla, whose Filipino parents are from Cavite.

“And just having a new mindset coming into the States, knowing that I played on the national team, playing against the best of the best which really makes me another player than before.”

Bayla, who has a 6-foot-7 wingspan, has yet to commit to a school for college in the Philippines, but shared his thoughts on what he’s looking for in his next journey.

Bobadilla is a 5-foot-7 guard who plays the guard position and is currently part of the Gilas Girls under-18 squad.

“She can definitely hit the mid-range as a lefty like Alex Cabagnot,” said Gopez. “She’s definitely powerful hitting that left side of hers, but then she can obviously change direction and obviously finish on the right as well.

“For the most part, she’s definitely a leader, she’s vocal on the court, her defense is definitely on point and I think participating on this under-18, I think she’ll definitely contribute to this group tremendously.”

The 18-year-old Bobadilla said she prefers to play fast-paced and values her shot and how she gets to the basket.

She has played for Twentynine Palms High School and recently committed to play collegiate basketball for Point Loma Nazarene University.

Alter is a power forward/center with a 6-foot-11 wingspan and currently plays for the Volcano Vista High School.

The 6-foot-9 big man expressed his admiration for NBA superstar Giannis Antetokounmpo because his unique skill set separates him from the other players in the league.

“I like to be able to do everything. I don’t like to stay stuck to a certain aspect, I like to be able to shoot, dribble, to be super strong in the post, and I think it’s more being a basketball player than being [focused] position-wise,” said Alter, whose grandmother and grandfather are from Bohol and Laguna, respectively.

Despite not committing to any collegiate school yet, Alter said he “had a really good talk with coaches from UP.”

Heyn is a junior player from Westview High School and has yet to commit to any college schools.

“I’m looking for a school that’s gonna balance both my academic side as well as my athletic side,” said the 16-year-old.

“I have time and I’m still gonna be looking for a college as I’m doing that type of stuff so yeah, I’m excited though.”

Heyn said playing in the Philippines is definitely an option for the 6-foot power forward as she continues the search for her next school.

Lowe, a 17-year-old who has a 6-foot-4 wingspan, plays for the Fort Bend Marshall High School.

The 6-foot-1 point guard said he has received interest from more than 10 colleges in the United States – a list that includes Texas State, Oklahoma State, and Princeton.

Lowe also shared he “spoke a little bit” with De La Salle University, but just like Alter and Bayla, he has yet to decide on which college to attend.

He is currently “open to everything right now” as the recruitment process just began and the experience is absolutely new for Lowe, who wants a school that fits his playing style while receiving an opportunity to play.

“Being able to go to a place that wins, I mean I love winning, that’s something that’s gotta be there,” Lowe added.

Outside basketball, Lowe just plays video games like NBA 2K, Fortnite, and Call of Duty with his friends during his free time and doesn’t go out that much as he feels like basketball takes up a lot of his time.

Sugapong has one more playing year with the La Jolla Country Day School, but the 16-year-old recently committed to the University of California San Diego.

The 5-foot-7 guard shared she patterns her game on a lot of players, but singled out Kelsey Plum, a point guard for the Las Vegas Aces in the WNBA.

“I really like her game and I’ve had the pleasure of guarding her, playing against her,” said Sugapong.

“She’s come to some of our practices and really just to see her work ethic, just the way she plays fast, and always playing hard is definitely a part of my game.”

Galang is the oldest in the group at 21 years old and has played for the Rowland Heights High School and Life Pacific University.

He has a 6-foot-5 wingspan and usually plays shooting guard, but has the ability to play three other positions – point guard, small forward, and power forward.

Galang, who has played with the UP Fighting Maroons’ RC Calimag and new Adamson recruit Eli Ramos back in the States, expressed his intention of playing in the Philippines because the culture in the county is “unlike any other.”

He has also kept in touch with Zavier Lucero, the Fighting Maroons star who’s also a product of the Fil-Am Nation Select program.

“As of now, I’ve spoken to UST and UE, but still undecided and I’d be playing there [UAAP] next year, 2023,” said the 6-foot-4 Galang, who will have two years of eligibility if he completes his transfer to the UAAP.

His dad hails from Pampanga, while his mom is from Manila. – Rappler.com