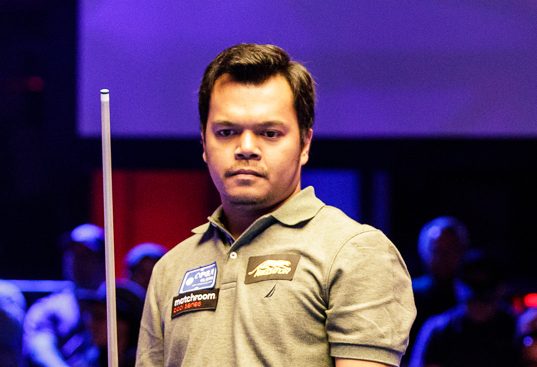 HISTORIC. Carlo Biado becomes only the second Filipino to win the US Open Pool Championship.

Filipino Carlo Biado added another precious hardware to his collection as he lorded over the 256-man field in the US Open Pool Championship in Atlantic City on Saturday, September 18 (Sunday, September 19, Manila time).

Down 3-8 in the final against Singaporean Aloysius Yapp, Biado displayed steely nerves as he won the next 10 racks to earn the coveted US Open trophy and green jacket.

Here are some fast facts about Biado:

Biado served as a caddie at the Villamor Air Base golf course before he pursued the sport at the age of 14 after watching his father play billiards.

“My father knew how to play. So I tried it as well hoping that I will learn. I never expected that this is how my life will turn out,” Biado said in Filipino in an interview with CPBA.

Biado took billiards more seriously at 17 as he polished his skills and mental fortitude by participating in tournaments and money games.

The pride of La Union rose through the ranks and made the national team, representing the Philippines in various international tilts.

His best year came in 2017 as he topped the World Games in Wroclaw, Poland and WPA World Nine-Ball Championship in Doha, Qatar.

During the same year, Biado bagged a gold in the Southeast Asian Games and a bronze in the Asian Indoor and Martial Arts Games.

He has won a total of five medals in the SEA Games, including two golds, two bronzes, and one silver.

Biado became only the second Filipino to win the US Open, 27 years after Efren “Bata” Reyes reigned supreme in 1994.

Alex Pagulayan also came out victorious in the 2005 edition, although he represented Canada during his title campaign.

It was a special feat for Biado, who looked up to Reyes while growing up.

“When I was young, I used to watch him on TV. I enjoyed watching him because he played billiards really well,” Biado said.

The 37-year-old went on to join Reyes in the national team and they even linked up for doubles play, including The Dream Match against compatriots Francisco “Django” Bustamante and Anton Raga late last year.

When he competes, Biado draws inspiration from his family, particularly his four sons and one daughter.

“I always think about the future of my kids whenever I play in big events,” Biado said in Filipino in his vlog.

“I play not just to win and earn money but to save for their future as well.”

As the pandemic affected the billiards scene in the country, Biado and his wife Niecky decided to fly to the United States to join tournaments.

“I really did not want to come to America, but my wife told me I need to go here because there were hardly any events and money games in the Philippines,” Biado told Radyo Pilipinas in Filipino.

The sacrifice of being away from their children paid off, with Biado bagging $50,000 (around P2.5 million) from the US Open. – Rappler.com