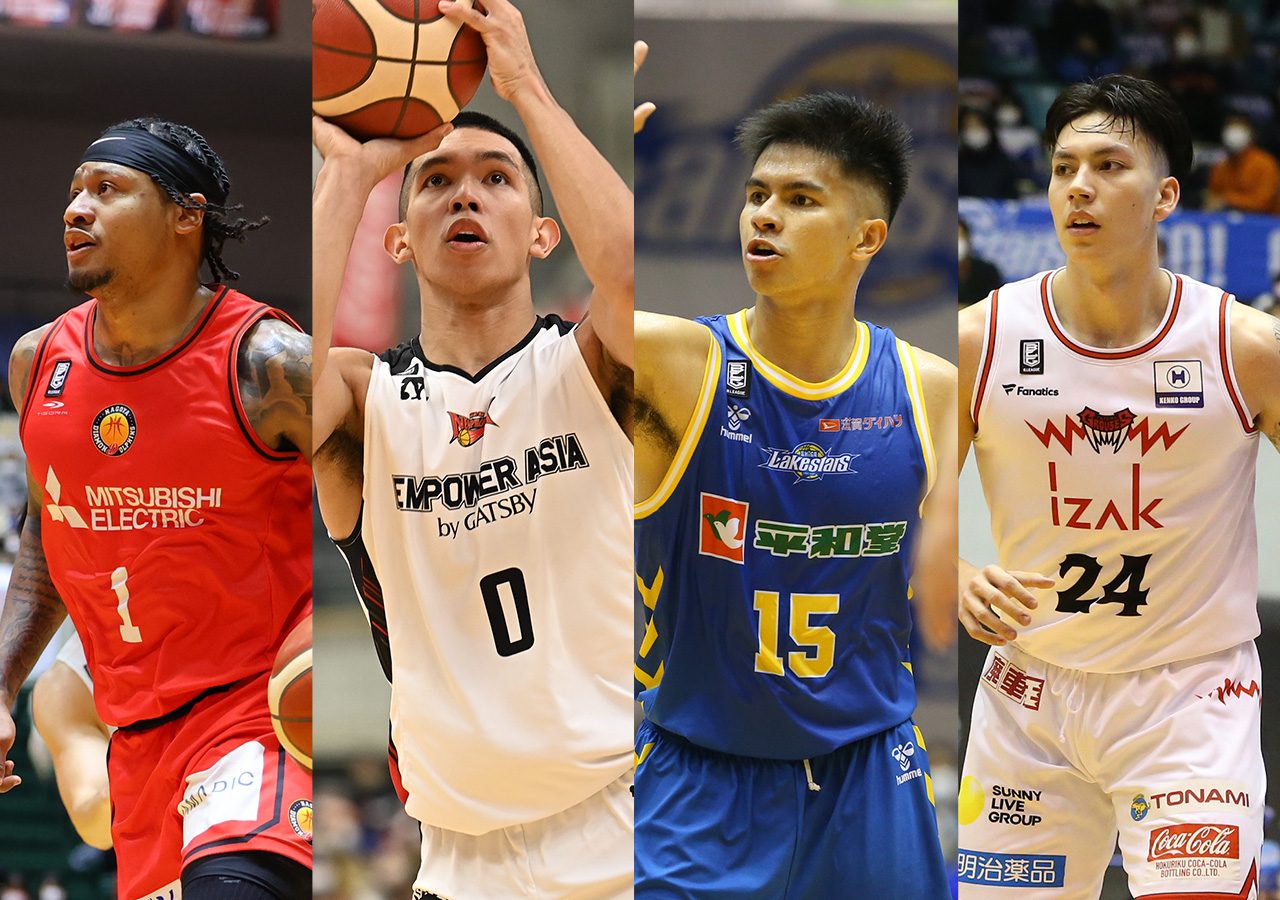 MANILA, Philippines – Back in 2020, when the world faced countless uncertainties at the onset of COVID-19, Thirdy Ravena charged at the pandemic head on, and took a big risk by becoming the first Filipino basketball player to sign with the Japan B. League.

Fast forward, two years after that historic move, Ravena is now leading a huge 12-man Filipino B. League player contingent – the Philippines’ biggest pool yet in Japan – onto the 2022-2023 season, and the Gilas Pilipinas stalwart couldn’t be happier with the development.

“Of course, I’m very happy that I got my Filipino brothers here with me in Japan right now and everyone can see how great of a league the B. League is,” he told reporters in a league press conference on Tuesday, September 27.

“I just want to say thank you to the league for accepting us Filipinos and other Asian countries out here. Hoping for more Filipinos to come.”

Along with his brother Kiefer of the Shiga Lakes, Thirdy is joined this season by second-year B. Leaguers Dwight Ramos – now with the Levanga Hokkaido – Ray Parks of the Nagoya Diamond Dolphins, Matthew Aquino of the Shinshu Brave Warriors, and former Niigata Albirex import Kobe Paras of Division 2’s Altiri Chiba.

Making up the rest of the contingent are a bevy of B. League first-timers.

Former La Salle star Justine Baltazar signed up with the Hiroshima Dragonflies, while fellow Gilas Pilipinas standout Jordan Heading made the jump from the Taiwan’s T1 League to the B. League’s Division 2 team Nagasaki Velca.

Adams and Kagawa will be up next on Friday, September 30, 6 pm against the Ehime Orange Vikings before all 12 suit up in a jam-packed Saturday, October 1 weekend opener slate.

No longer the sole attraction of the growing professional league, Thirdy hopes that more and more Filipino players consider the B. League as a potential destination to hone their skills, boost their careers, and most importantly, represent Philippine basketball on an international stage.

“Whichever path they choose, just know that Japan is always a nice place to be in,” he said.

“The league is always evolving, always looking for ways on how to develop not just the players, but the league, and make it stronger and stronger every single year.” – Rappler.com