MANILA, Philippines - Three days after the nation's largest sporting event ended, Rappler looks back at the 2012 Palarong Pambansa and compiles the games' top 10 moments. Relive the highlights, victories and lessons from the week that was in Pangasinan.

Read on and tell us what you think on the comments section. Do you agree with our picks?

The games ended with a bang, after thousands of athletes gathered at the Narcisco Ramos Sports and Civic Center and released sky lanterns simultaneously. It was a beautiful sight as the skies lit up, to the delight of both locals and visitors alike. Although the closing ceremonies were rained out, the lanterns were a fitting closure to the successful games. 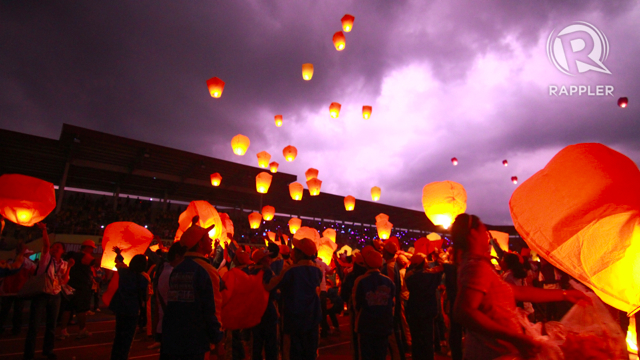 The special games provided inspiration to all those who watched the special athletes who balanced both fun and fierceness on the field, court or track. From the spirited goalball games to the competitive bocce events, the special games reminded those in Palaro that no obstacle is too big to overcome on the way to success. 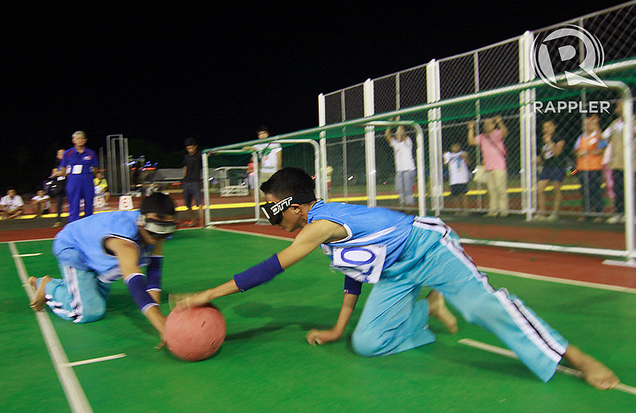 8) All eyes on Schrijvers

Belgian-Chinese Maureen Emily Schrijvers is a 16-year-old athletics superstar from NCR who finished first in every event she competed in. A media favorite because of her striking looks, Schrijvers made buzz by breaking the secondary girls high jump record, clearing 1.62m. The jump that Rappler captured on camera smashed the 2008 1.61m record of CAR's Maria Felice Ellaga. Schrijvers also won the gold in the 100m dash, the 200m dash, and led the NCR secondary girls team to a 1st place finish in both the 4x100m relay and 4x400m relay. 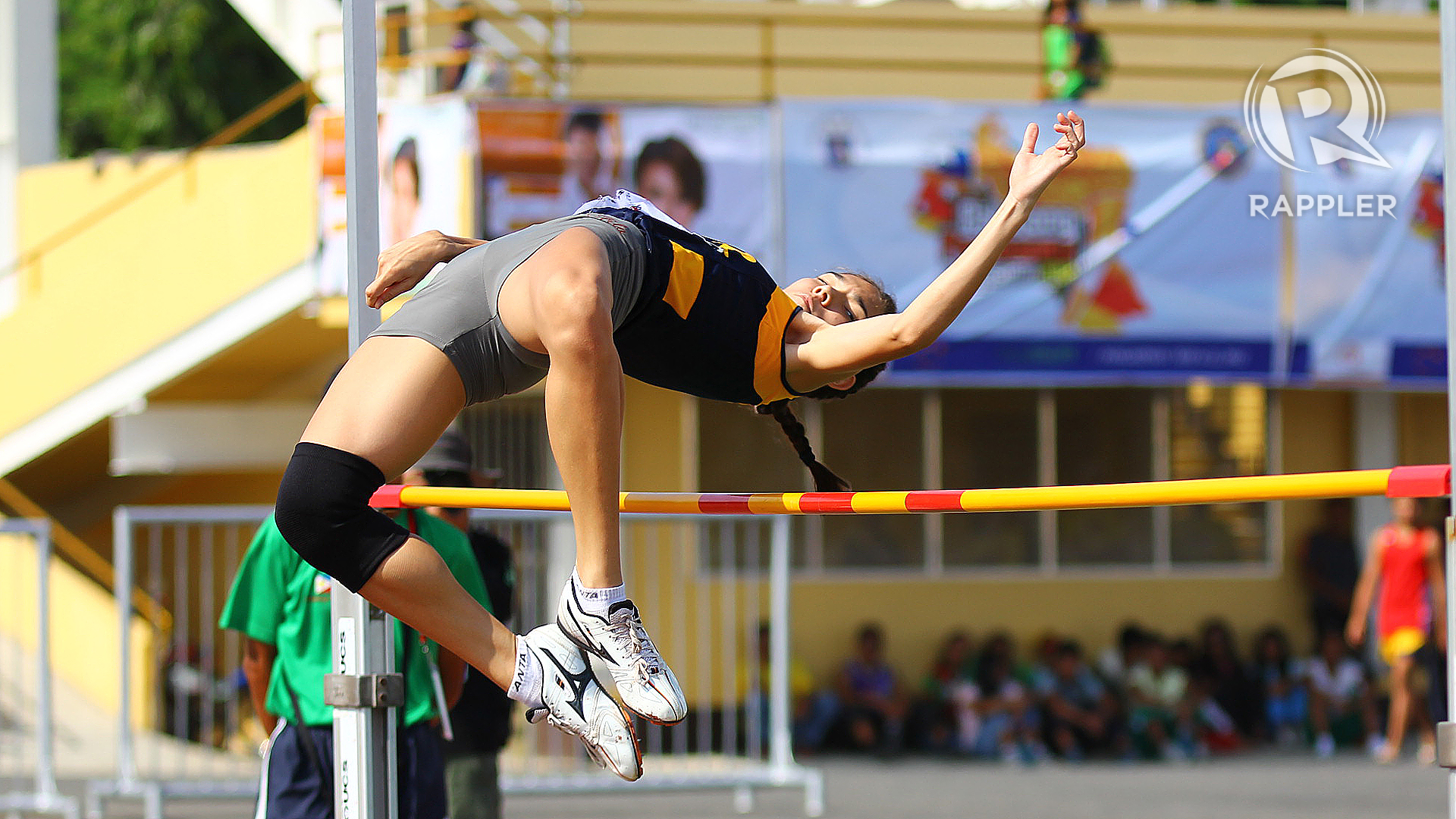 It was a much-awaited rematch between one of the Palaro's most popular sports. In the secondary girls volleyball finals, defending champions Western Visayas faced off with NCR for the fifth year in a row. NCR took home the title in 2008 and taken from them the year after by Western Visayas in 2009. NCR claimed the championship yet again in 2010, only to be reclaimed by Western Visayas in 2011. As fate would have it, the exchange in titles continued. NCR snagged the title from their arch rivals in four sets, 25-16, 25-19, 19-25, 25-17. The volleyball games also attracted scouts and coaches from Manila who often scan Palaro for possible recruits and additions to their rosters.

President Benigno Aquino III graced Pangasinan for the opening ceremonies of Palarong Pambansa. He welcomed all those present with a promise: an increased commitment to the development of sports in the nation. Aquino announced the government's investment of P200-M on a 'focus sports policy,' dedicated to sports that Filipinos have historically excelled in and have the most potential of succeeding in internationally. The announcement started the games off on a positive note, with the joyous atmosphere extending throughout the week. 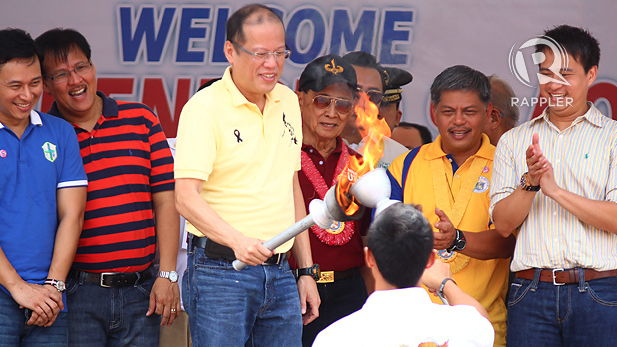 Karl Kristian Mari set his eyes on the target -- and succeeded. The standout archer from Central Visayas put archery on the spotlight, smashing 4 records: 30m (333pts), 40m (324), 50m (313) and single fits (1283). His exemplary performance helped rocket Central Visayas to the top of the scoreboard: Region 7 brought home the secondary boys archery title for the second year in a row. 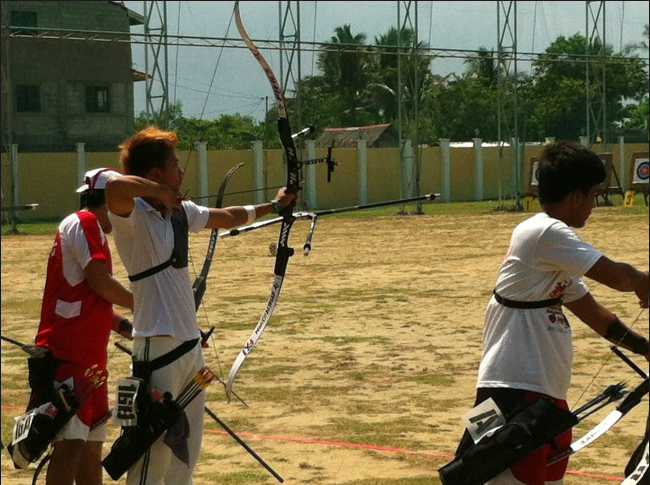 4) Sprint to the finish

Western Visayas' Dexter Galos brought home the first gold medal of Palaro in dramatic, unforgettable fashion. CAR's Arnold Galap was well on his way to the finish line of the 5000m race, the gold pretty much in his grasp with no one ahead of him. In the last few meters, Galap started to slow down to a jog, unbeknownst to him that Galos, barefoot, was sprinting fast behind him. To everyone's surprise, Galos beat Galap by a hair to take home the event's top award. The determined runner bested Galap by a mere .006 of a second.

She broke the elementary girls 1500m record -- barefoot. Angelica de Josef of Western Visayas broke two records in this year's Palaro -- the 800m and the 1500m -- and won two additional gold medals in the 400m dash and the 4x400m relay with her team. She ran some events with shoes, and others without, by preference. But with or without footwear, it did not stop de Josef from ending her last year in the elementary division explosively. While de Josef ultimately did not win the gold in the 1500m (Jie Anne Calis of Northern Mindanao also broke the record, clocking in one second faster), de Josef was responsible for the only two records broken in elementary girls athletics this year.

The athletes from Region 10 touched the hearts of athletes, officials, and all those who were at the games with their strength, courage and determination. Northern Mindanao region is the home of Cagayan de Oro and Iligan, the two cities hardest-hit by tropical storm Sendong. Not only did the athletes bring tears to the eyes of those who watched the opening ceremonies with their banner that thanked the country for their help, but they also finished among the top 5 in one of their best performances in years. Some of the athletes who had lost loved ones in the December storm, dedicated their games to their perished family and friends exemplifying the essence of the games: the outstandingly resilient human spirit of the Filipino athlete.