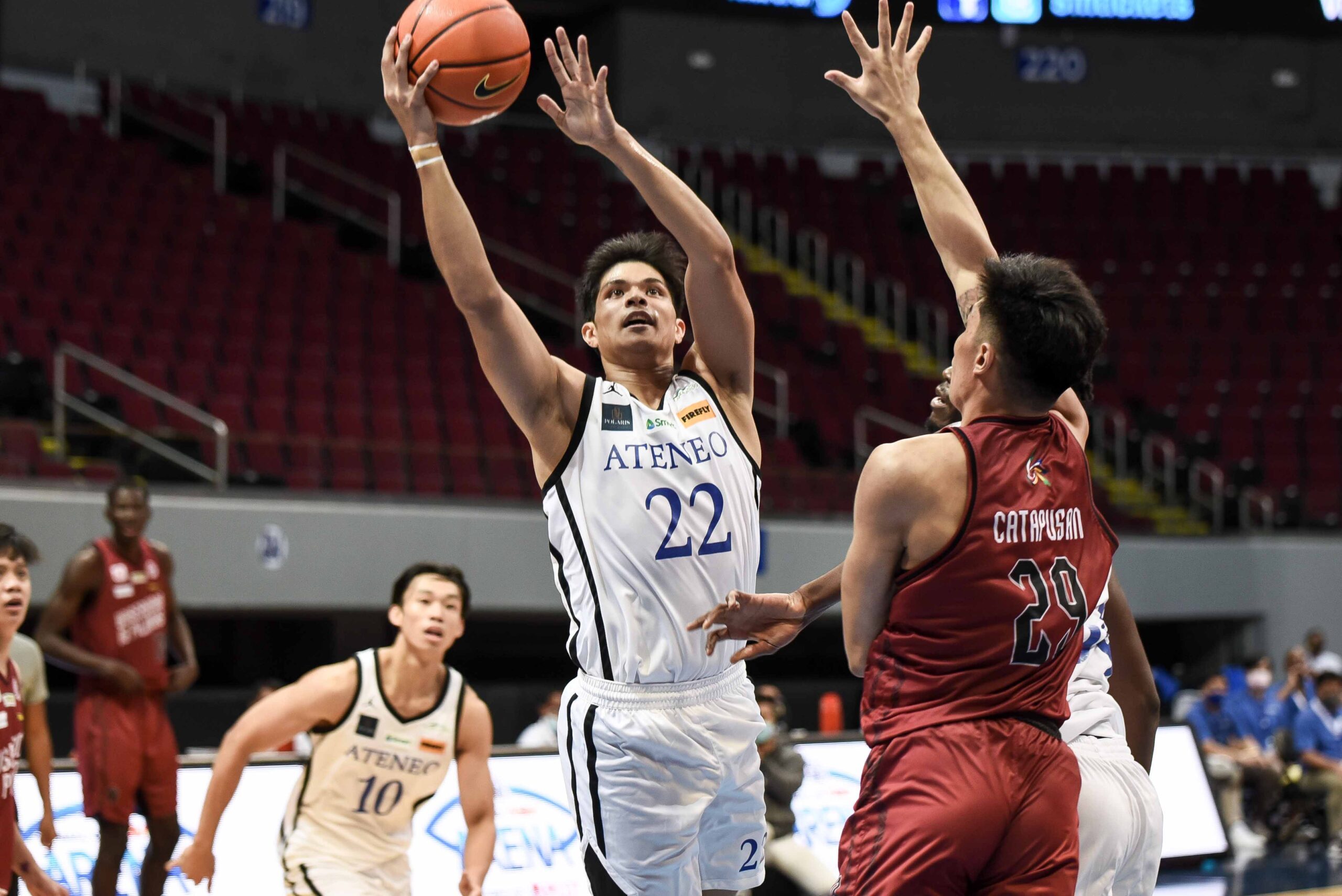 HOTSHOT. Ateneo veteran Raffy Verano pumps in 18 points against UP in the opener.

Facebook Twitter Copy URL
Copied
No other collegiate team has the ability to run professional-level half-court execution like Ateneo does, yet coach Tab Baldwin says there’s still a lot of room to improve on

MANILA, Philippines – There were two years, four months, and five days that passed during the time the UAAP men’s basketball tournament wasn’t in our lives.

A total of 856 days flew by from the last UAAP game pre-COVID, when Ateneo beat UST to win the Season 82 title, to the league’s return in a bubble setup on Saturday, March 26, when FEU and UST tipped off to mark the collegiate league’s highly anticipated comeback.

Is it a bit odd to compare the return of a sports league to seeing an old friend after ages? Perhaps a little, but it truly feels that way.

What is it that today’s generation says again?

There’s a comfort to watching UAAP teams go head-to-head, portraying the kind of passion and love for the game that’s unique to this level of basketball on our side of the world. You can add the league’s other sports to that list as well, which we’ll see soon enough.

Is it always pretty? Hell no. Is it remarkable nonetheless? Absolutely.

There’s a comfort in hearing the game barker announce names of universities and players, some of whom could become a kid’s hero in some parts of this country. Inspiration, it’s a beautiful thing.

There’s an excitement in logging on Twitter during game time and finding all sorts of reactions and opinions, some beyond the wildest minds’ imagination. And thank God for it.

Competition. More than anything, that’s been the soul of the famous collegiate league, which now turns 84 seasons old. It was here long before you and I were around, and it’ll be around long after we’re gone.

You see it on the playing courts, in the stands (although fans aren’t allowed in-venue for now), in recruitment, in social networks, in social gatherings. Heck, even in the boardroom, because what’s a sports league without some drama?

There’s the magic of it – the competition. It drives everything.

And if we veer this discussion to on-court competition, let’s just say if there was any concern whether or not the league’s extended absence would halt Ateneo’s march towards history, well, that was quickly proven wrong. 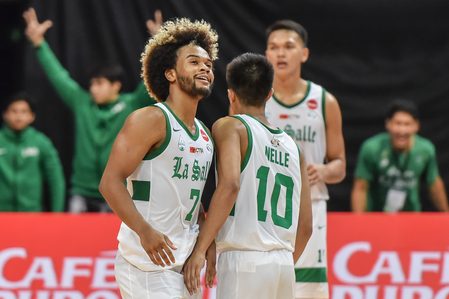 The Blue Eagles looked like the best UAAP team after day one, following an impressive victory over the new-era UP Fighting Maroons, 90-81.

The void from Thirdy Ravena’s departure has been taken over by new Blue Eagle Dave Ildefonso, whose talent, craftiness, and physicality would have him a sure first-round pick in the PBA were he to declare for the draft today.

“We’re here to make Dave’s system work,” Ateneo head coach Tab Baldwin joked postgame, jesting in regards to the preseason query whether or not Ildefonso, who was a spectacular individual standout with the NU Bulldogs before, could fit in the Eagles’ team-oriented hierarchy.

In all seriousness, the fit looks seamless. Ildefonso is superb at drawing fouls, plays like a midrange maestro for the collegiate level, finishes well at the rim, and is an underrated passer.

“I know the work he’s putting in and the caliber of a young man he is,” Baldwin said about the 21-year-old national team standout.

“I don’t see a roadblock for him.”

Baldwin praises Ildefonso for humbling self in return to Eagles’ nest 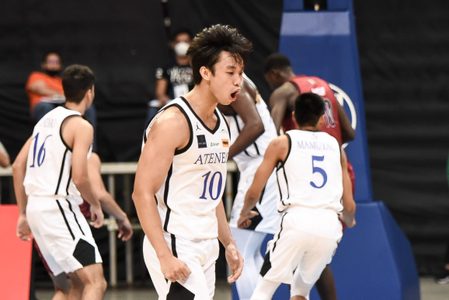 Ateneo’s discipline, a trademark of a Baldwin-coached team, didn’t miss a beat. The fact their head coach thinks they played “sloppy” overall is a testament to the standard of excellence this basketball program established before and continues to aspire for.

It’s always felt like Baldwin’s Eagles compete more within rather than against adversaries. They constantly find ways to improve on prior performances even if they’ve demonstrated the ability to still defeat anyone with a comfortable lead despite not playing proficient.

Their return performance was reminiscent of their undefeated run in Season 82 and a sobering refresher for the rest of the UAAP of who needs to be usurped for a new champion to arise.

UP head coach Goldwin Monteverde believes that to be the man, you’ve got to beat the man. He received a first taste of what needs to be done before the Maroons can reclaim what’s eluded their university since 1986.

The Eagles are always on the right spot when playing on defense. There’s a saying that, “defense wins championships,” and for all of modern basketball’s offensive revolutions, it’s still on the other end of the floor where champions are made.

It’s always spectacular how Ateneo knows when to pressure the ball handler and the recipient of his pass at the right time, forcing opponents to double-think simple decisions and produce opportunistic errors.

They make even the basic fundamentals on offense hard to execute. They won’t beat themselves. Even if you somehow get to the rim, Angelo Kouame, who is an early favorite to win MVP, is ready to block any attempt with helicopter wing-like arms.

Everything they do is with maximum effort and preparation. There’s a purpose to the action and organization in the madness.

On offense, no other collegiate team has the ability to run professional-level half-court execution like Ateneo does. They performed a number of Iverson Cut plays efficiently against the Maroons’ improved defense, leading to easy buckets. Their shot quality is top-notch. They get decent looks for outside shooters who have the ability to consistently knock in deep-balls.

Raffy Verano, who had 18 points in his return, looks like the suitable glue guy for this team that’s seeking a four-peat. Ateneo can count on his leadership, too.

And as Baldwin indicated, there’s still a lot of room to improve on. 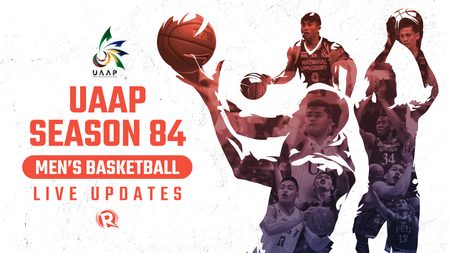 UP looked good for a team still learning the philosophies of a recently hired head coach who has a reliable track record of success. Malick Diouf is a nice two-way piece that will allow the Maroons to dominate other opposition just with his sheer athleticism. CJ Cansino, now fully recovered from a torn ACL injury, is once again on his way to becoming the UAAP superstar he was primed to be.

And how about that rookie Carl Tamayo? “Future MVP” is written all over him. The maturity he displayed with his decision-making and hoops IQ might be the most interesting plotlines for UP fans to follow in Season 84. He’s a pure gamer.

But there’s also work to be done for State U. The offense did not look good in half-court and Monteverde will have his hands full with rotation decisions given UP’s deep arsenal of standouts. There are players in his bench waiting to be unleashed, but might need more playing time for trial and error before blossoming into reliable pieces.

The question is: how many minutes will be there to hand around?

Ricci Rivero, who had 11 points on 3-of-10 shooting and 4 turnovers, needs to be better. Not just as a player, but also as a veteran leader on the court when things aren’t going well. His decision-making needs to be better. It will be interesting to follow who will establish himself as the bonafide go-to guy for UP between Cansino and Rivero as this season goes by, if it isn’t a shared responsibility.

Whether or not it should be is an entirely different conversation.

UP also shot just 26-of-43 from the free throw line against Ateneo. Diouf was 5-of-13 alone. You won’t win games in the college level if you don’t convert the easy points.

Also: will we see more out of highly-coveted recruit Zavier Lucero, who had 2 points and missed both shot attempts against Ateneo?

The overall energy of UP, especially on defense, is encouraging. There are positive signs to take from how they trimmed Ateneo’s lead to 7 early in the third quarter and brought it back to single digits during a fourth-quarter stretch that left Baldwin a bit displeased with his team.

These are areas the Maroons can build on.

FEU and La Salle also showed intriguing promise. NU is underrated. Adamson and UE will be better than people give them credit for. UST is a team that will have its fair share of challenges. Growth over goals should be their target.

The best part is that it’s still early. There are many unforeseen variables that will make its presence known soon enough, whether that be injuries from the lack of rest in between game dates, COVID absences, or other random occurrences. Which teams can stay dedicated to their playbooks will also be key, as it’s still possible that fans will be allowed to attend games once again.

And when that happens, a certain magic will return – the type of magic that can only manifest when the perfect balance of everything that makes the UAAP great comes together as one once again, leaving plenty of us speechless. – Rappler.com