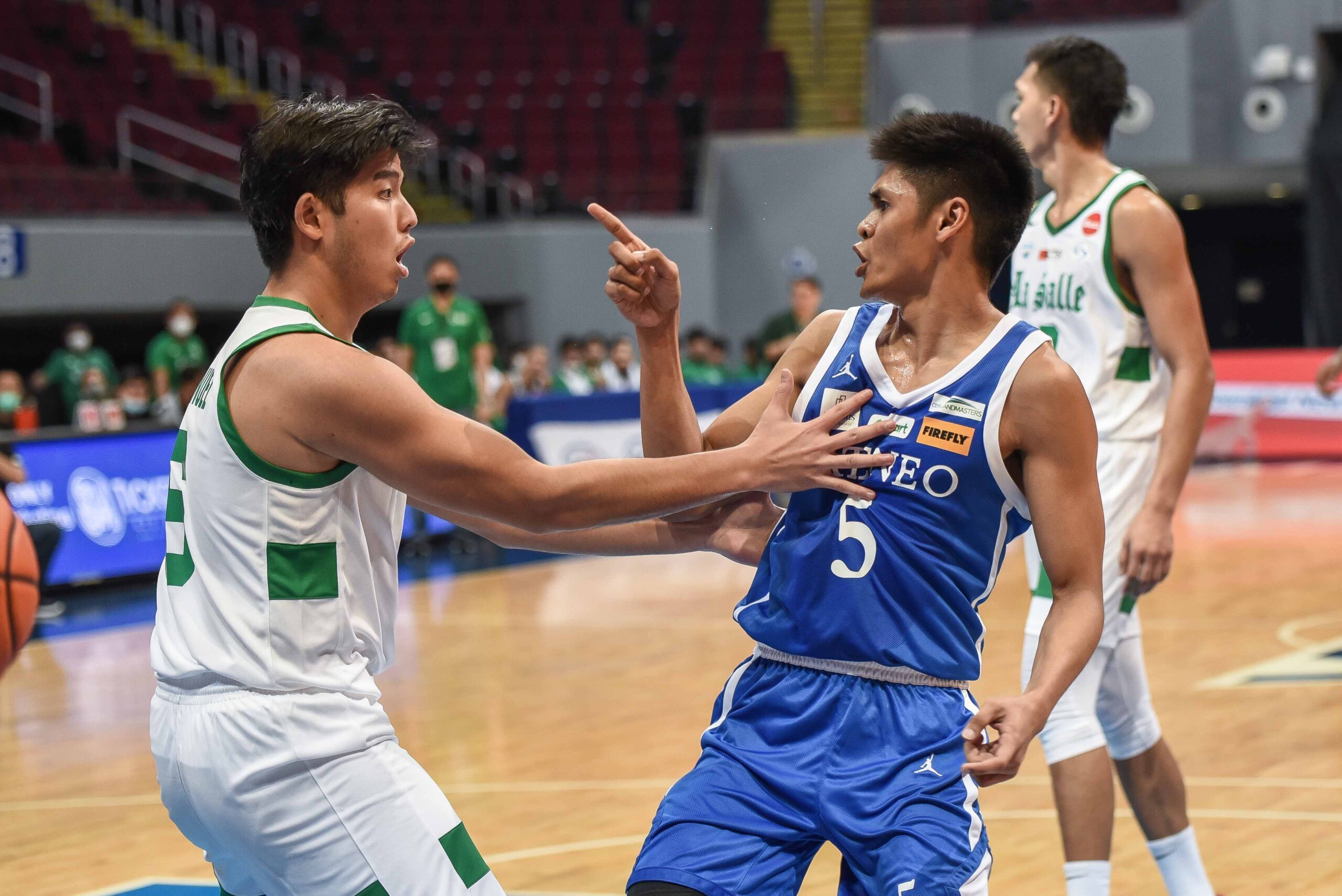 MANILA, Philippines – Gian Mamuyac was a man on a mission for the Ateneo Blue Eagles as they faced their rival De La Salle Green Archers for the first time in more than two years.

In hopefully the last closed-door game before fans are allowed back in the UAAP, the senior guard powered the bench mob with 11 points, 6 rebounds, and a whopping 6 steals in just under 23 minutes of action.

Ever the team player, Mamuyac deflected credit to his coaches and teammates as he had a big hand in holding La Salle star transferee guards Mark Nonoy and Evan Nelle to under 31% shooting each.

“First, I would just like to point out, the Ateneo and La Salle rivalry brings out the best in both teams,” he said after the Eagles dynasty blew out the Archers, 74-57, for their 30th straight win dating back to 2018.

“I just want to give credit to the coaching staff for preparing us tremendously with their scouting reports, their sets,” Mamuyac continued.

“Defending them was still hard, but the coaches made it easier because they gave us everything, all the information, and the whole team committed themselves on defense, so that also helped.”

Mamuyac’s stinging perimeter defense played a crucial part in Ateneo’s third-quarter run that broke the game wide open as La Salle simply failed to catch up by the final frame.

Once again, the game’s flow all played out exactly how head coach Tab Baldwin wanted it.

“I think that we made some adjustments at halftime about, you know, trying to be a little bit quicker and trying to negate their pressure and see if we could get some pressure releases,” he said. “We had to change our offense a few times to try and take the initiative away from their defense.”

“In the second half, I think one of the big stats is the uncontested field goals, and we were 10-for-10. It didn’t feel like there were many of those, so when we had opportunities and produced those, they meant a lot in terms of the outcome of the game.”

First, it was Tyler Tio who showed up as the X factor, then Chris Koon followed, and now, it’s Mamuyac’s turn.

For years, Ateneo’s opponents already know by heart that there will always be someone who helps out the main guys given how deep Baldwin’s system is, and the beauty lies in the unpredictability of it all. Until someone catches up to Baldwin’s genius, expect the Eagles to keep soaring above the rest of the competition. – Rappler.com