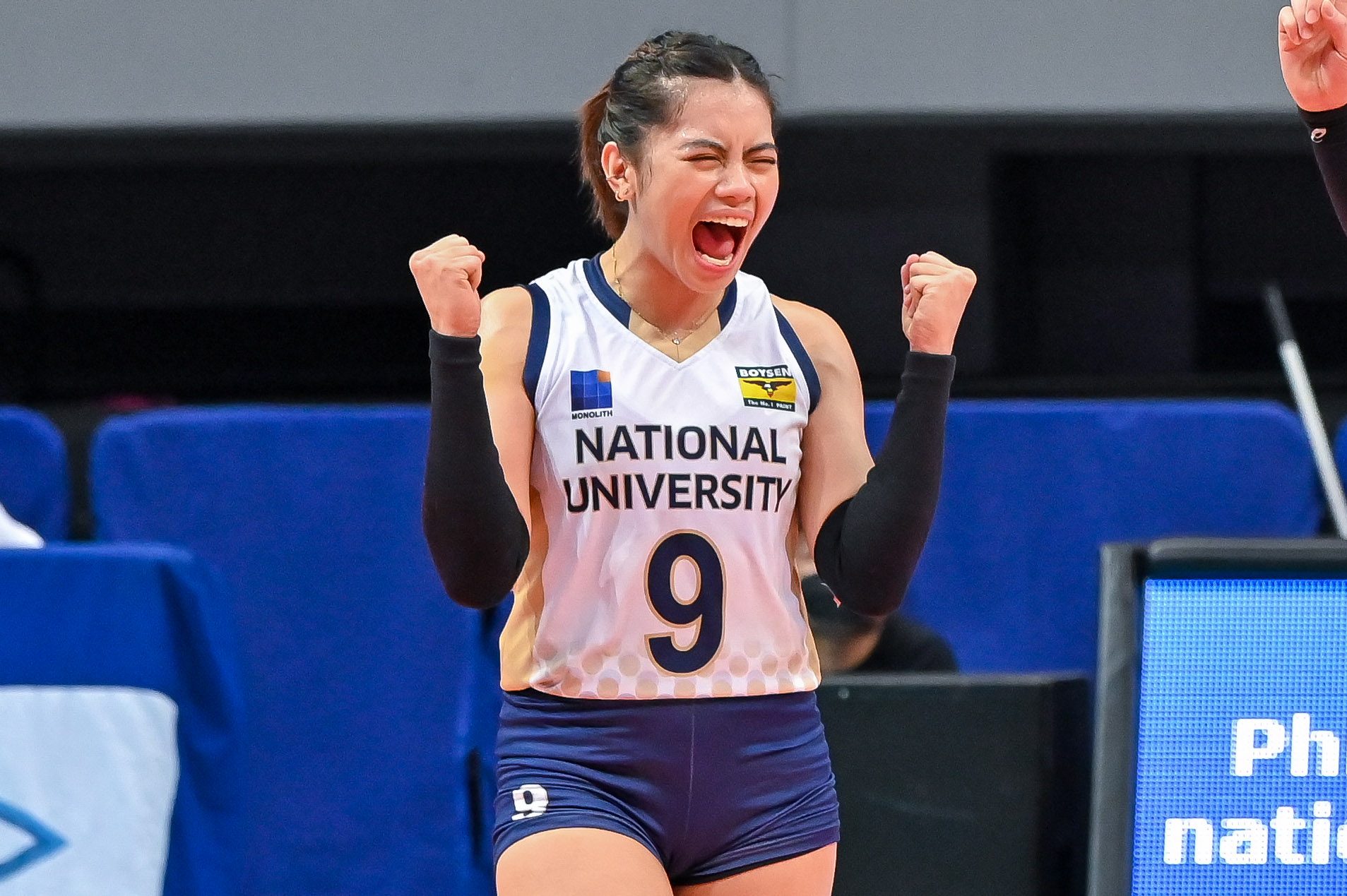 MANILA, Philippines – For more than a decade now, the UAAP women’s volleyball scene has been dominated by the likes of the La Salle Lady Spikers and the Ateneo Blue Eagles – programs with star-studded recruitment classes and a high championship pedigree.

But seemingly out of nowhere, the NU Lady Bulldogs burst to the scene with a Season 84 campaign for the ages that not only culminated in a rare 16-0 sweep, but more importantly, gave the program its first title in 65 years.

Simply put, the Karl Dimaculangan-coached team made it look easy, as his homegrown core built entirely off Nazareth-NU high school players routinely cruised to sweeping victories, and did not even let any opponent force them to a single five-set game.

To top it all off, the Lady Bulldogs did not let La Salle – a fixture of 11 of the last 12 UAAP finals – get a single set victory in their four total matches this season for a stunning 12-0 set win total.

Season 84 Best Libero Jen Nierva understood that her team’s season run was nothing short of extraordinary, and she hoped that what they have done would be enough for fans to recognize the Lady Bulldogs as a contending program for years to come.

“We knew people were expecting Ateneo and La Salle, as usual, so we said to ourselves, they just haven’t seen this team, its rookies like Bella (Belen) and Aly (Solomon),” she said in Filipino during the championship presser.

“We stayed quiet with our preparation and we made sure that once we played in the UAAP, we’d give the school a new image.”

If the Lady Bulldogs’ intention was to change fans’ perception about them, they have certainly done that, and then some.

After a decade of being fringe Final Four and finals contenders, NU finally broke through with a statement campaign built by the perfect blend of talent and chemistry.

Belen made history as the first ever UAAP women’s volleyball rookie MVP, while her supporting cast also racked up almost all available individual awards for Season 84.

Given the fact that every one of these NU stars are rookies apart from Robles and Nierva, the Lady Bulldogs’ future is off to its best start imaginable, and the pressure is on for them to keep it up.

However, after what they have been through in bubble training and competition, Nierva knows that added pressure is nothing new for this batch anymore.

“Pressure is always there no matter what happens and we have been used to it during our high school championship runs,” she continued. “That experience helped us stay composed every game and every win, even if expectations continued to rise.” – Rappler.com