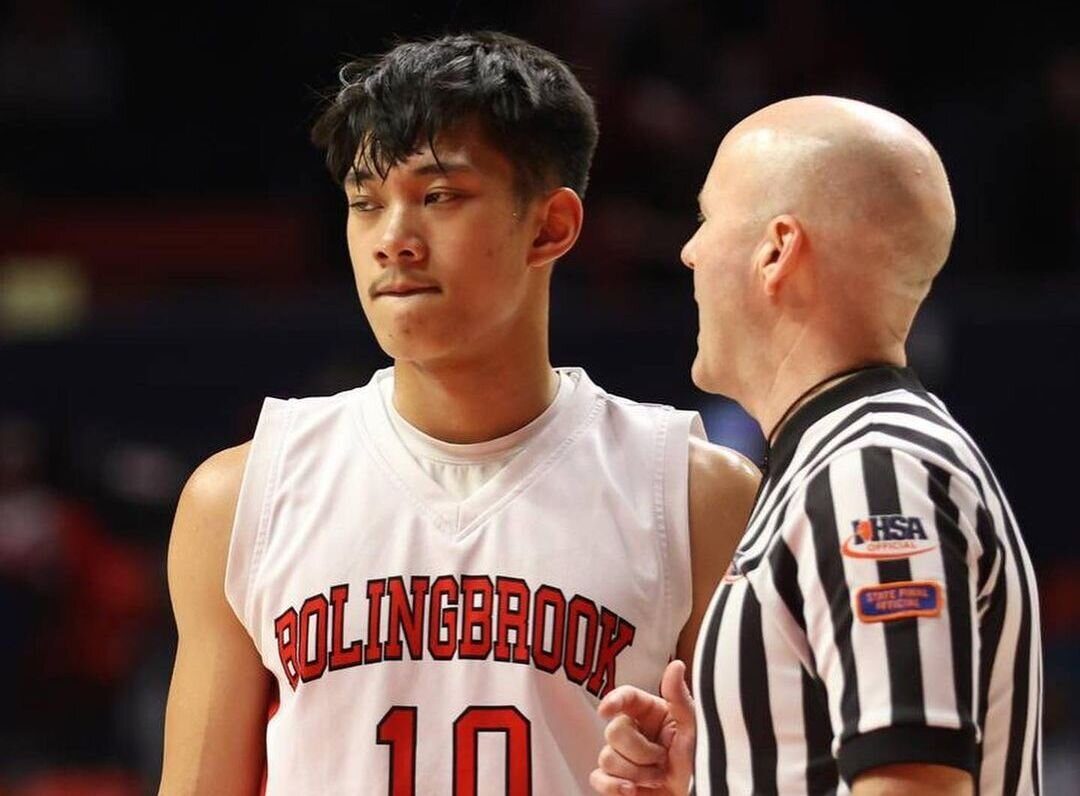 NEW CHALLENGE. After playing high school ball in the US, MJ Langit takes his talent to the Philippines.

MANILA, Philippines – The University of the East Red Warriors secured a new prospect for their basketball program with the commitment of Chicago-based Filipino hooper Matthew Jeremy Langit, he confirmed on his social media on Thursday, August 18.

Langit, a 6-foot combo guard, played high school basketball and graduated from Bolingbrook High School in Illinois this year. He is eligible to play by UAAP Season 85 with five playing years.

Born and raised in the United States to Filipino parents, Langit originally committed to St. Ambrose University before making an alternate course for the Philippines.

“This past week has been an absolute whirlwind of emotions as I’ve had to think long and hard to come to a decision that I feel is best for myself,” he wrote.

“With that being said, after speaking with (UE) coach Jack Santiago and my family, I have decided that I will be decommitting from Saint Ambrose University to accept a full ride scholarship to play UAAP basketball at the University of the East in the Philippines.”

Langit was part of the youth ballers who were showcased during the recent Fil-Am Nation Select Summit held in California and credited coach Joseph Gotangco for helping bridge the connection.

University of Santo Tomas was also interested to recruit him before he ultimately went with University of the East, where his insertion could potentially make up for the loss of former Red Warrior star Clint Escamis, who decided to return to Mapua.

Described as a defensive-minded guard with the ability to shoot and slash, Langit will be instrumental for a UE team looking to bounce back following a winless 0-14 campaign in UAAP Season 84.

His defensive prowess enticed UE, which will have to contain top UAAP point guards like UP’s JD Cagulangan and La Salle’s Deschon Winston for a fighting chance to rack up wins.