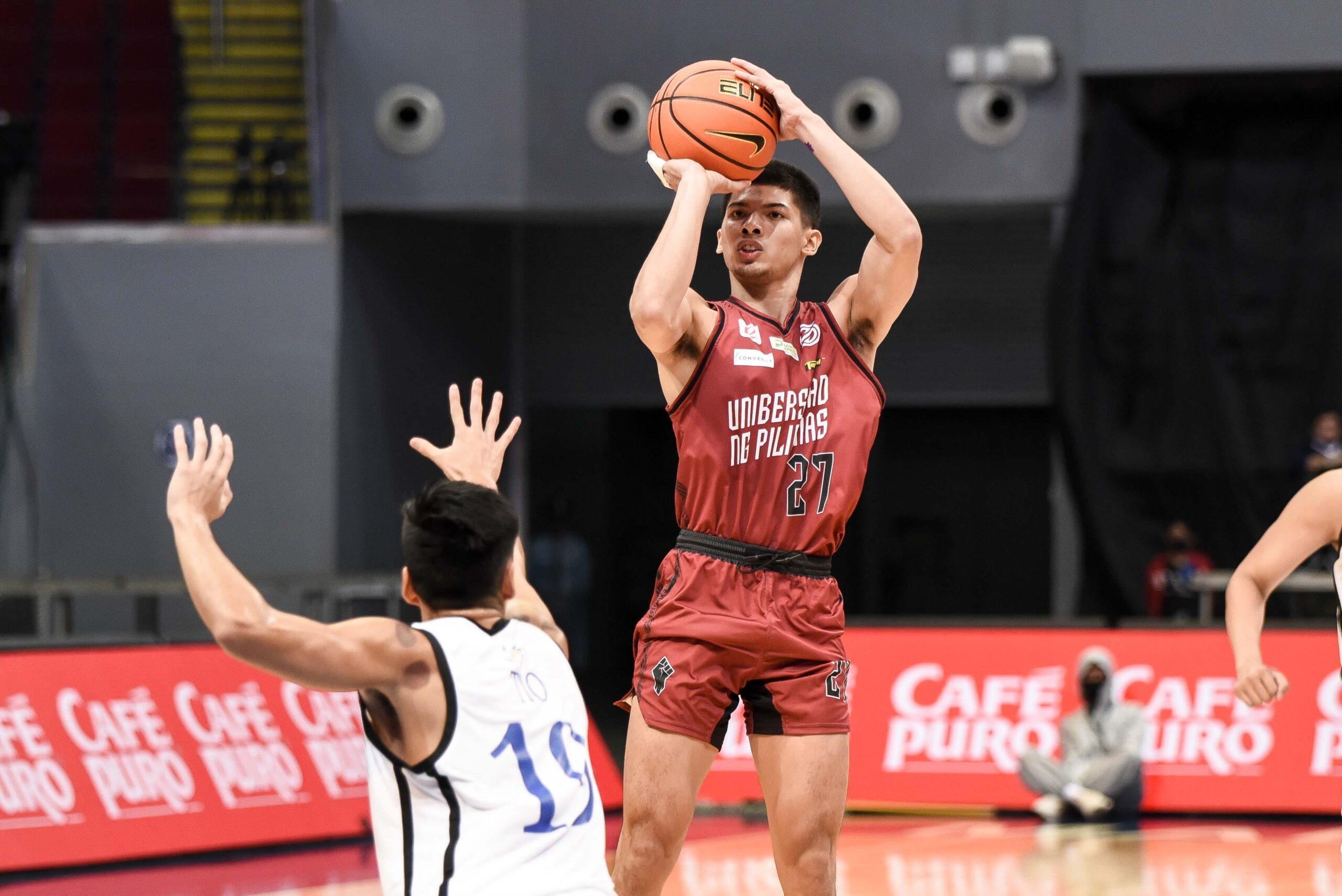 REVITALIZED. CJ Cansino makes the most of a new start with UP after a nightmarish UST exit

Facebook Twitter Copy URL
Copied
Far removed from his injury- and issue-plagued days with the Growling Tigers, UP star recruit CJ Cansino looks fully healthy and ready for what lies ahead with the Fighting Maroons

MANILA, Philippines – In the early stages of the pandemic nearly two years ago, UP star recruit CJ Cansino was smack dab in the middle of a snowballing UAAP controversy that ultimately caused sweeping changes involving multiple teams and personalities. (TIMELINE: Chaos follows as UST bubble bursts)

After lying low to let the proverbial chips fall where they may, the former UST homegrown prospect emerged back into the collegiate spotlight, and immediately looked like the new man in charge for the loaded Fighting Maroons this Season 84.

Far removed from his injury- and issue-plagued days with the Growling Tigers, Cansino looked fully healthy and ready for what lies ahead with his new team.

“For me, we have a lot to work on, especially with chemistry because we had quite a short time with our practices,” he said in Filipino after UP’s tough opening-day loss to the three-time defending champion Ateneo Blue Eagles.

“I’m sure we will learn more in our future games, and that’s where we will build up our chemistry.”

Cansino was the lone bright spot in a UP comeback rally that fell nine points short, as he led all scorers with 21 markers in just 19 minutes off the bench.

The former UAAP juniors MVP looked like a lean, mean scoring machine as he confidently drilled slick-looking jumpers, and had that extra pep in his step that he once had before an untimely ACL injury derailed an outstanding seniors rookie season.

“Maybe the ball was just finding my way to me very well because I trust the system of coach [Goldwin Monteverde],” he explained. “We just rotate around the system. Luckily, my shots were going in, and I’m happy that I played a role in the comeback.”

Other than looking in great physical shape, Cansino also seemed to be in a good place mentally as he talked about the Maroons’ next match on Tuesday, March 29, against his old UST teammates who stayed put after the infamous mass exodus.

“The match isn’t a big deal for me,” he said. “We moved on. I’m okay with my former teammates, and I’m okay with UST and the team’s coaches. It’s just a regular game that we have to prepare for like how we did with Ateneo.”

After two years away from on-court UAAP action, and the off-court attention that came along with it, Cansino is simply making the most of a fresh start.

“We’re all just so happy, our opponents and us. We were all just welcoming one another back,” he said.

“Here we are again. This is what we’ve been waiting for.” – Rappler.com