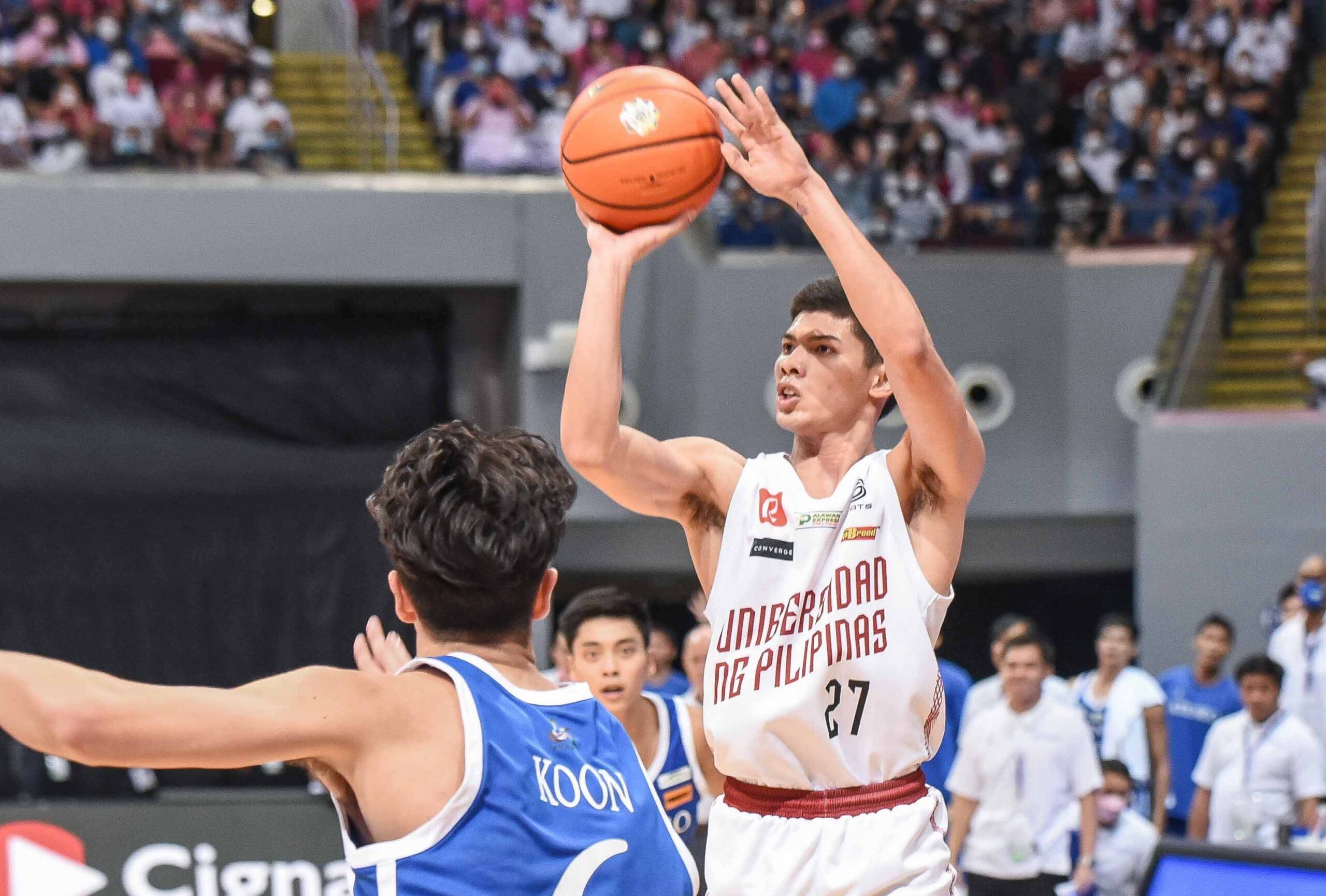 KEY COG. CJ Cansino is expected to play a crucial role for UP in the Fighting Maroons' bid to reach the UAAP finals.

UP Maroons basketball program director Bo Perasol confirmed to Rappler on Tuesday, May 3, that veteran standout CJ Cansino suffered a bone bruise and swelling on his right knee during its 84-83 win over Ateneo on May 1.

Cansino, who’s playing in his first year with UP after spending his first two seasons as a UST Growling Tiger, injured his knee while going for the ball at halfcourt in the third quarter of the tightly-contested matchup.

Cansino was down on the playing court afterwards for an extended period of time before having to be carried out on a stretcher.

He returned minutes later walking on his own power.

“Bone bruising and minimal/manageable swelling on the knee,” Perasol said about the preliminary findings of Cansino’s injury.

“He is able to do some movement drills and we will check again later in practice.”

UP, which finished as the second seed in the elimination round with a 12-2 record, is scheduled to open its Final Four series against No. 3 La Salle on Wednesday. The Fighting Maroons have a twice-to-beat advantage and won both eliminations matchups against the Green Archers.

According to Perasol, Cansino’s status is momentarily up in the air.

“His ability to practice or play will be decided upon by our medical team and coaching staff,” Perasol said.

Cansino underwent an MRI on Monday, although the official medical reading will only be revealed Tuesday night, Perasol said.

A bit of good news is that Cansino’s recent injury was on his right knee, not the left one where he tore his ACL back in 2018 as a rookie.

Cansino is averaging 9.3 points, 3.7 rebounds, and 1 assist a game in Season 84. He is also shooting 49% from the field on two-point attempts and UP has outscored opponents by 53 points in the 239 minutes he’s played.

Meanwhile, Green Archers head coach Derrick Pumaren confirmed that both Justine Baltazar and Deschon Winston are still considered “day-to-day’ as they recover from their respective ailments.

Baltazar sprained his ankle in the first quarter of La Salle’s penultimate elimination round game against Adamson. Although he was able to play in the second half, La Salle’s training staff rested him in their non-bearing final contest against NU, which they won, because his injury got swollen.

When asked if Baltazar can be 100% in time for the Final Four, Pumaren says it will depend on how his injury responds to treatment.

Winston missed La Salle’s recent loss to FEU due to back spasms, played well against Adamson, then also sat out against NU.

Baltazar averaged 12.7 points, 10.5 rebounds, 3 assists, and nearly a block and steal a game in his final elimination round as a Green Archer. He is expected to be one of the top picks in the upcoming PBA Draft, assuming he declares.