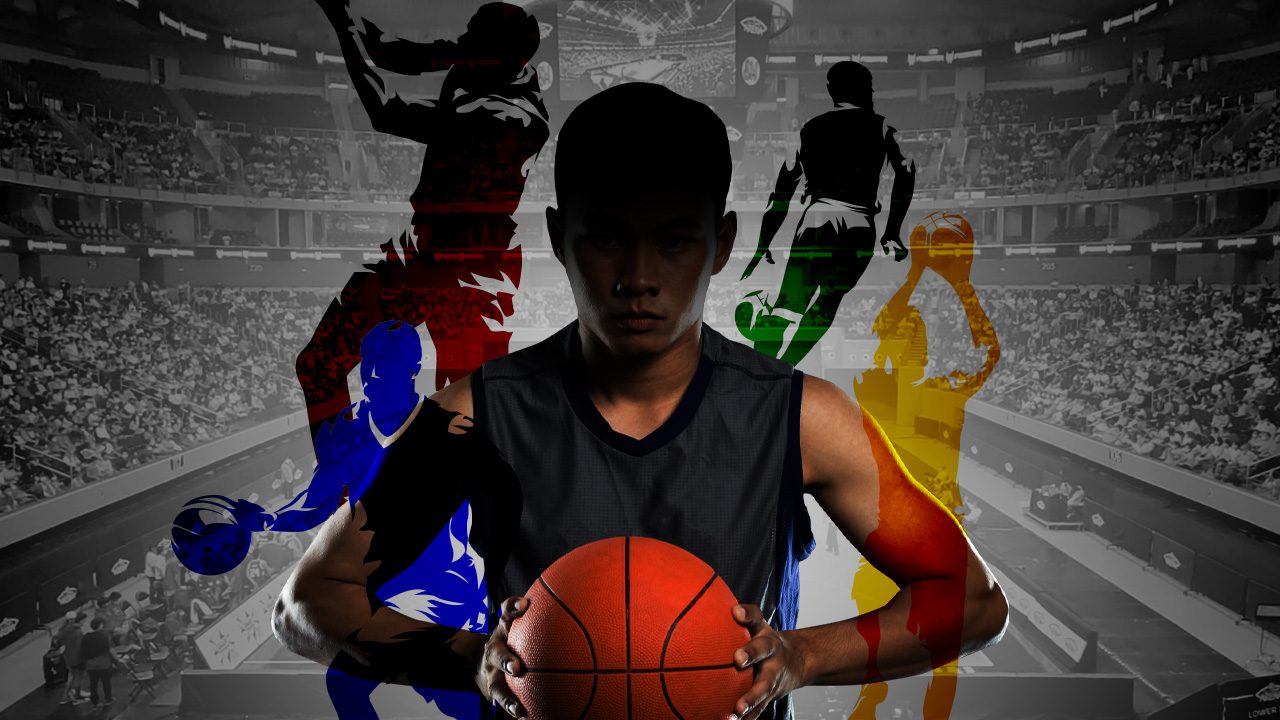 Recruitment is an important aspect of the game. Perhaps the most important.

It might spell the difference between a championship or a lost season, a one-hit wonder or a dynasty in the making.

It could determine the satisfaction level of the students, alumni, and sponsors.

“Sino nakuha natin? (Who did we get?)” they often ask.

There are multiple factors that determine success, and each step is critical.

For starters, how strong is the relationship between key people included in the web of players, coaches, agents, trainers, and scouts, both domestic and, now, international?

Do they possess longstanding partnerships built on trust?

Sometimes, there are factors beyond anyone’s control.

So, how does it begin?

“In our program, the coaches make the recommendation to recruit potential high school graduates both locally and abroad,” Bo Perasol, the UP Fighting Maroons program director, shared in an exclusive interview with Rappler.

“There are times when the management group also makes a pitch for a particular player. In the end, however, the coaches will have to agree. Finally, a presentation will have to be made regarding the UP program to the player and his parents or guardians.”

Relationships brought all those pieces to the board, powered by sponsors’ backing.

“It’s really that,” said FEU athletic director Mark Molina, “relationships with people all over the country.”

The Tamaraws do things a little differently.

“Most of our recruits are from FEU Diliman (high school),” he explained. “That’s the strategy we’ve tried to use because we know when we battle against the likes of Ateneo, La Salle, and now UP for a Grade 12 student, medyo dehado kami (we’re at a disadvantage).”

Molina reveals there are less concerns about “offers” when recruiting youth players they’ve developed themselves. The trust and familiarity are already there – the RJ Abarrientos and LJay Gonzales of the world – but they also leave the door open for transferees (Arvin Tolentino and Hubert Cani, as examples).

When you’ve been around college basketball long enough, whispers run rampant about the major benefits student-athletes receive when courted by collegiate programs.

Rich allowances and signing bonuses are provided in addition to full-ride scholarships and dormitory lodgings, but there are also possible perks in other industries, according to multiple sources who requested anonymity due to the topic’s sensitive nature.

There is occasional curiosity if properties and extending help to other family members also come into play, although no UAAP source has confirmed this on or off the record.

Derrick Pumaren has been a coach in the Philippines for nearly 40 years, having witnessed it all. He’s led La Salle to titles in the past. He’s aiming to do the same now with old-school principles.

DLSU has rarely been shy from actively recruiting blue-chippers out of high school, transferees looking for new homes, or Filipino-foreigners coming to these shores.

“Usually we scout players that we hear about, players we feel will fit the system. Then, we start talking to them,” he told Rappler. The Green Archers usually have inside track on La Salle Green Hills and La Salle Zobel standouts, similar to FEU and Ateneo.

“I make sure I see him [in person]. I don’t give commitments right away. I have to see him practice with the team… How does he react in practice? It’s not just scrimmage all the time. Mabilis ba ang IQ (Is he a quick thinker?)? Will he fit the system? Will he play defense?”

The teams’ assistant coaches can sometimes play an even bigger role here, especially if they have long-term plans to become head tacticians. Fostering relationships early can go a long way.

But because the world has become dependent on technology, the fastest way to find as many possible standouts as possible is online through videos, highlights, articles, and game tape when available.

“The use of videos has been very effective in highlighting the potential of any particular athlete. The parents usually send them through emissaries,” Perasol shared.

“If the coaches are interested then they either get visited or get invited to workout with the team. This proves very helpful most especially to Fil-foreigners who are unknown to most coaches. Most of the local players – the good ones – are usually familiar with majority of the college programs.”

That’s because college-level talents here are identified from an early age, thus gone are the days of open tryouts to discover unknowns, save for a few programs whose reach isn’t as wide.

“It’s [about] having a network of coaches from all over the Philippines,” Molina indicated. “A lot of them have given us players before with good results. Naturally, they keep recommending players to us.”

Including undetected prospects from the provinces where media exposure isn’t as broad as Metro Manila.

All the way in California, coach, trainer, and manager Cris Gopez leads a developmental group known as Fil-Am Nation Select that aims to bring the United States’ NCAA recruitment style to the Philippines.

Lucero and Henry Galinato, an incoming Fighting Maroon, were from them. Ditto for a handful of Gilas Pilipinas under-16 standouts, including Jacob Bayla.

“It starts with our events. We share about the opportunities to play back home. From there, we evaluate if the athletes are interested,” Gopez said.

“The next step is supporting the process of getting their passports. From there, being able to give a list of the top athletes that we’ve assessed to coaches and managers.”

Such as remaining years of eligibility, career bios, and accomplishments.

“If we know what type of players they need, we’re going to make that recommendation already.”

The assessment involves studying rosters of current collegiate teams and analyzing if their athletes will be a fit in the system of the interested suitor.

“If coach Gold (Monteverde) or coach Pumaren is asking for a [power forward], we’ll look at who that player is they’ll compete with,” Gopez provided an example.

“Could the player that we’re recommending play other positions?”

When coaches talk to players, the typical questions are what are his strengths, his weaknesses, and is he a game-changer?

But the important questions come from the players and their family, since they’re being pursued.

“Usually [the players] ask about playing time, will they make [the final roster], and the question ‘How long will you be there?’ They always ask that,” Pumaren chuckled.

That question is important because a change in coaching staff can alter the direction of the student-athlete’s amateur career, depending on the new hire’s preferences. Given the high expectations on college teams to win, long-term security isn’t always guaranteed.

“We tell them the benefits they’ll be getting – scholarship, the dorm, we pay for medical expenses,” Pumaren said.

“I’m not the type of coach that will promise anything just to be able to get you.”

It’s often the kids’ parents who asked the heftier questions.

“What the accommodations will look like?” Perasol specified. “What courses their sons can take? Can they visit? How much is food allowance? Can their sons go home during breaks?”

Gopez proclaims they take no part when key details are discussed.

“Whatever happens behind closed doors, that’s a conversation between the player and the management team will have.”

“We share the plan,” Molina said about the basketball-centric part of the discussion, which includes the coaches. “We share to him what we intend to do.”

Verbal commitments from players, their families, or agents don’t always guarantee they will wear that university’s jersey.

“No one is considered ‘secure’ until they’re enrolled,” Molina said, remembering past examples where FEU believed it had a recruit only for said player to have a change of heart.

“It’s sad to say but there are also recruits who use La Salle to get a better offer from another school,” Pumaren shared.

It’s often that recruits already begin practicing with their new teams as academic records from their old schools are retrieved. Only when that is accomplished can he be enrolled at his new university. A traditional picture-taking of the player with the team’s coaches and management is shared to formally announce the move.

High school recruits must finish graduation before entering the collegiate ranks. Foreign recruits must complete all government-related documents before being lined up. As much as possible, programs opt to keep news of their moves quiet until all necessary documents are completed to avoid potential outside forces from derailing the process.

It helps when the player has ties to a certain university, whether through alumni family members, dads who played there, or teammates who have already committed. Sometimes it comes down to which school can exude the type of energy the recruit is looking for.

The process can be challenging, but when done right, also quite rewarding. – Rappler.com