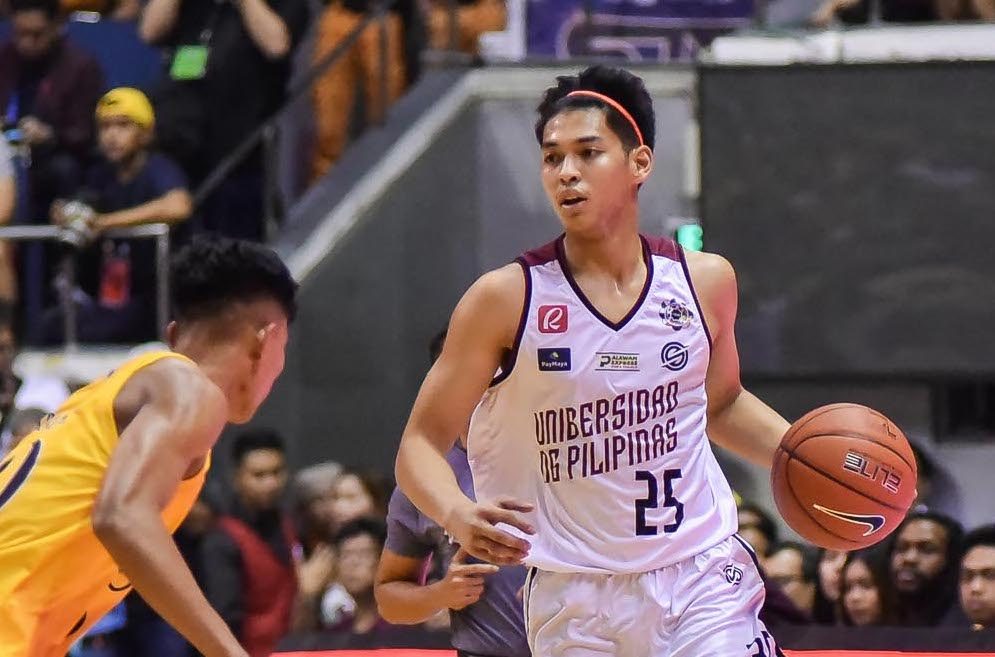 ON-COURT ACTION. UAAP players like Ricci Rivero of the UP Fighting Maroons have had limited team training the past two years.

MANILA, Philippines – The Inter-Agency Task Force (IATF) has green-lighted collegiate teams’ resumption of bubble practices under Alert Level 3 in the hope of resuming long-postponed tournaments in 2022.

UAAP executive director Atty. Rebo Saguisag assured the public that the league is monitoring these practices closely in accordance to set rules by various government agencies.

“The UAAP adheres to the stringent health and safety protocols set by the government through the guidelines approved by the Commission on Higher Education (CHED), Department of Health (DOH), and the Inter-Agency Task Force,” Saguisag said in a statement released to the media.

Although CHED already gave the go-ahead for fully vaccinated collegiate teams to resume training back in December, progress was again halted due to the Philippines’ massive spike in COVID-19 cases after the holiday season.

Despite this, the UAAP noted in the statement that face-to-face training is indeed allowed, provided it is still done under a bubble setting as mandated by the IATF.

The UAAP, NCAA, and all other collegiate leagues in the country have not seen any form of action outside individual online events since the onset of the pandemic back in March 2020.

In the midst of this new surge to welcome the new year, even professional sports leagues had to postpone games and practices after promising stretches of operations.

Leagues like the PBA and MPBL even briefly enjoyed a period with fans in attendance prior to the new shutdown.

The UAAP originally planned to kick off Season 84 by the first quarter of 2022. However, it has also maintained its stance of prioritizing health over everything else as the pandemic rages on.

“The UAAP is in solidarity with the government in ensuring the safety of all its athletes and stakeholders during these challenging times as we look forward to the reopening of all its sporting events,” the league statement said. – Rappler.com