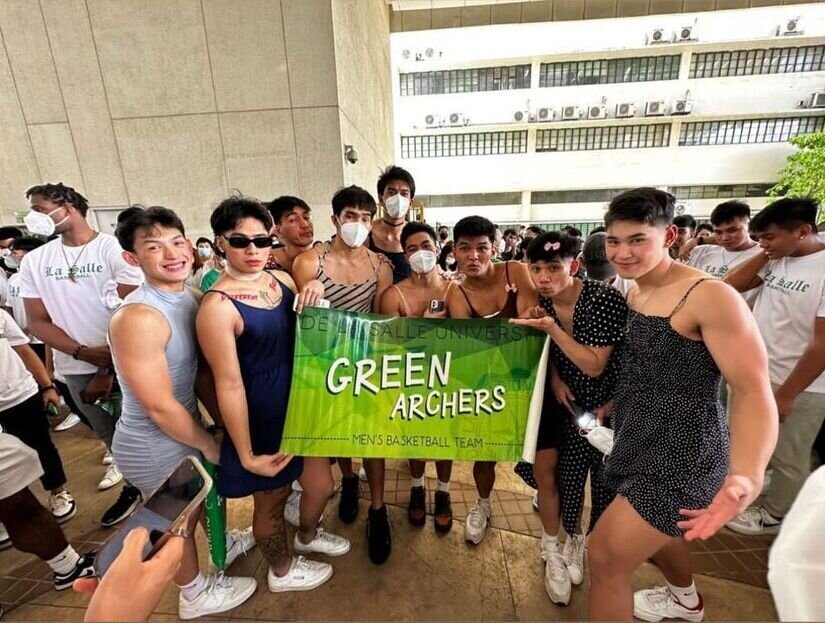 The performance – an annual activity of the Green Archers serving as initiation for the neophytes – publicly drew flak only this year as the university’s student government body said it made many “uncomfortable.”

“It made many Lasallians feel uncomfortable, including myself,” Escoto said of the performance during the University’s Athlete’s General Assembly and Animo Rally at the Henry Sy Sr. Hall.

Escoto said she didn’t watch the performance live but felt just as appalled after seeing the photos posted on social media and in her group conversations.

“Yes, you are free to dress however you want. But the gender expression of people is not a source of entertainment,” Escoto posted on her Facebook account in a mix of English and Filipino.

“I have raised this issue to the university administration. With the recent establishment of the DIVERSE Taskforce, we will make sure to take action on this. This is a stark reminder that we have to strengthen the Safe Spaces Policy of the university.”

Some of the Green Archers were photographed wearing women’s clothing, makeup, and padded brassieres.

Photos of the team’s yearly tradition posted online by DLSU’s official student publication, The LaSallian, drew criticisms from students, with some noting that the performance nullifies the struggles of queer students.

Moi Pulumbarit, Gender Equality and Empowerment commissioner of the DLSU USG, said the situation was a clear case of lack of awareness on gender equality.

“As a queer student, our identities are something we choose, something we form, and something we have always fought for within the community,” said Pulumbarit.

“Against discrimination, continuous misogyny, internal homophobia, and rampant attacks on our identities, we stand strong against anything that chooses to go against our battles.”

Pulumbarit said the event was “disheartening.”

“Seeing the pep rally yesterday and how this frustrated, hurt, and angered many students including myself, shows how we have a long way to go as we create an inclusive environment here within the university,” added Pulumbarit.

“The ways we choose to express ourselves serve as an avenue for our liberation when social norms demand us to see only through the lens of heteronormativity and tradition.” – Rappler.com