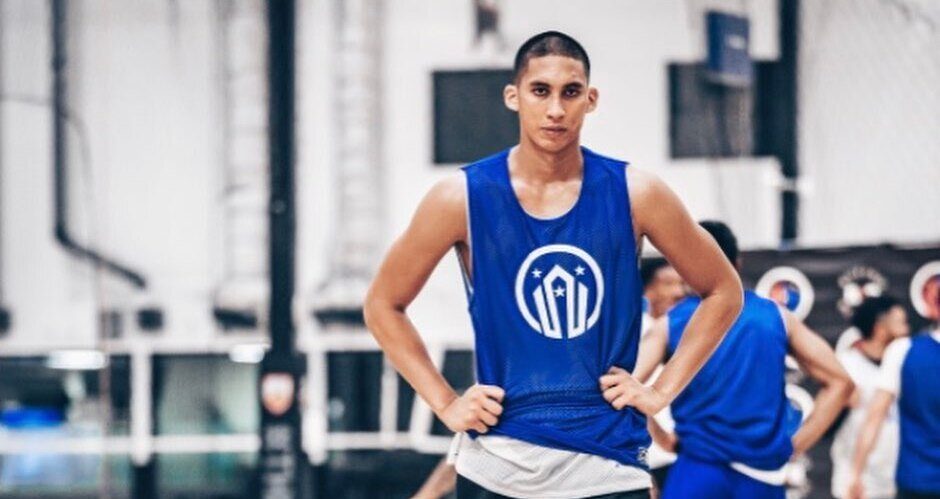 PROSPECT. Zav Lucero played for Cal Maritime in the US.

Facebook Twitter Copy URL
Copied
Zav Lucero, a 6-foot-7 Fil-Am, was coveted by UP, Ateneo, and La Salle before ultimately landing on his Diliman-based choice

MANILA, Philippines – Coveted Filipino-American basketball recruit Zavier Lucero has committed to the UP Fighting Maroons and is currently training with State U’s varsity pool in the UP bubble as they prepare for the upcoming UAAP men’s basketball tournament, program director Bo Perasol confirmed to Rappler on Thursday, February 17.

The 6-foot-7 Lucero, who views himself as an MVP-caliber player in the UAAP, was coveted by the University of the Philippines, Ateneo de Manila University, and De La Salle University before ultimately landing on his Diliman-based choice.

“So far, he has been a workhorse and has been adjusting really well with the team since he arrived,” said UP coach Goldwin Monteverde of the former Cal Maritime standout. “He will definitely add ceiling to our team and is a big addition to our program.”

“I come in to visit the team from time to time,” added Perasol. “All I get are feedbacks from the coaches. He is adjusting very well.”

In a statement released by Lucero’s representation, Fil-Am Nation Select, it said Lucero became a Fighting Maroon because it feels “UP is in great guidance with everyone involved there and they definitely have expressed a mutual respect in our vision to help each athlete wishing to pursue a career in the Philippines.”

The group, which also includes PBA legend Alex Cabagnot, said UP and La Salle were the most persistent recruiters leading up to Lucero’s final choice. Ateneo showed plenty of interest early in the process but ultimately bowed out following the Blue Eagles’ successful recruitment of Kai Ballungay.

“The communication was very open regarding their future plans for their programs and how Zav is part of it. It really came down to the first meeting with the two schools (UP, La Salle) and also the vision for their program. [We factored] the recruits coming in and the new coaching staff coming in. Zav’s decision was tough.”

“Whoever gets Zavier will get a game-changer and possibly a future MVP,” Lucero’s trainer, Cris Gopez, said when news first got out that his ward wanted to play in the Philippines back in 2020.

Gopez also compared the 22-year-old Lucero to former notable UAAP standouts such as Jamie Orme and Ray Parks Jr., both of whom made the Mythical Five for their respective teams.

In his junior campaign with Cal Maritime, Lucero averaged 19.4 points, 10.2 rebounds, 2.3 assists, 1.1 blocks, and 1.2 steals in 33 minutes a game, displaying skills both inside the paint and as a perimeter weapon.

Lucero has two years of eligibility in the UAAP.

“I know UP has the weapons,” he said when Rappler first spoke to him a year and a half ago. “They just need to put it all together and I am someone who can help them get back on top.” Despite having his recruitment process slowed down by the pandemic, Lucero spent plenty of time studying the style of basketball in the Philippine college hoops scene.

One aspect that immediately stuck out to him was the physicality of the game here, which varies compared to the more skill-based approach of basketball in the United States.

Fil-Am Nation Select’s success in bringing Lucero to Philippine basketball, specifically to the UP Fighting Maroons, comes not long after it announced that another one of their players, Henry Galinato Jr., had also committed to State U.

“UP definitely is changing the game with our help and the next couple of seasons we hope to help more programs out there,” Fil-Am Nation said in its statement. – Rappler.com