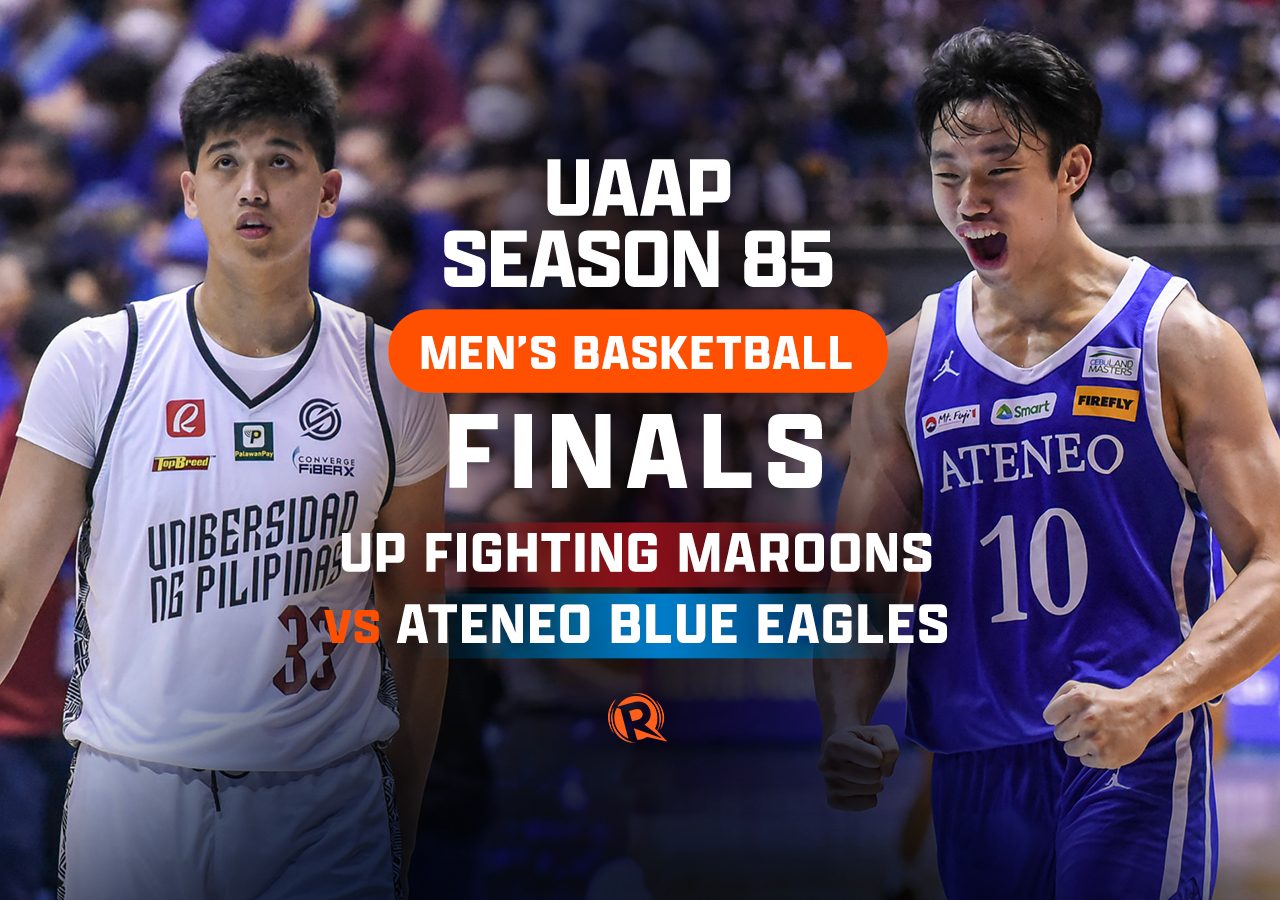 University of the Philippines took control early against Ateneo to take Game 1 of the finals, 72-66, as the Fighting Maroons moved within a win of completing their back-to-back championship bid.

The Maroons pulled away in double-digits few times in the first half, then fended off the Blue Eagles’ repeated rallies in the closing quarters. A pivotal 10-2 UP surge – bookended by Harold Alarcon’s three-pointers – gave the Maroons a 10-point buffer, 68-58, after Ateneo threatened within a bucket, 58-56, in the final quarter.

The Maroons look to complete a sweep of the Blue Eagles in Game 2 on Wednesday, December 14.

For the third time in the last four seasons, the UP Fighting Maroons and Ateneo Blue Eagles go for an all-out UAAP Season 85 men’s basketball finals war starting this Sunday, December 11, 6 pm, at the Mall of Asia Arena.

Defending the historic title it won just seven months ago to snap a 36-year drought, the Goldwin Monteverde-coached Maroons aim for a unique UAAP history with a shot at two championships in the same year thanks to the compressed collegiate sports calendar brought by the pandemic.

On the other hand, the Tab Baldwin-mentored Eagles look to complete an equally unique title redemption bid after seeing their dynasty buckle in a shocking Season 84 runner-up finish to end a four-peat bid.

Still led by veterans like reigning MVP Ange Kouame, Dave Ildefonso, and BJ Andrade, Ateneo is coming to this finals series also with a dose of new blue blood in the form of Kai Ballungay, Chris Koon, and Gab Gomez – who have all fast-tracked their development to be on par with the program’s lofty expectations.

The battle lines have once again been drawn on Katipunan Avenue, with each side already boasting one championship at the other’s expense.

Which team will get a crucial leg up in the series opener and move one step closer from the ultimate prize? Tune in to this page for live updates. – Rappler.com