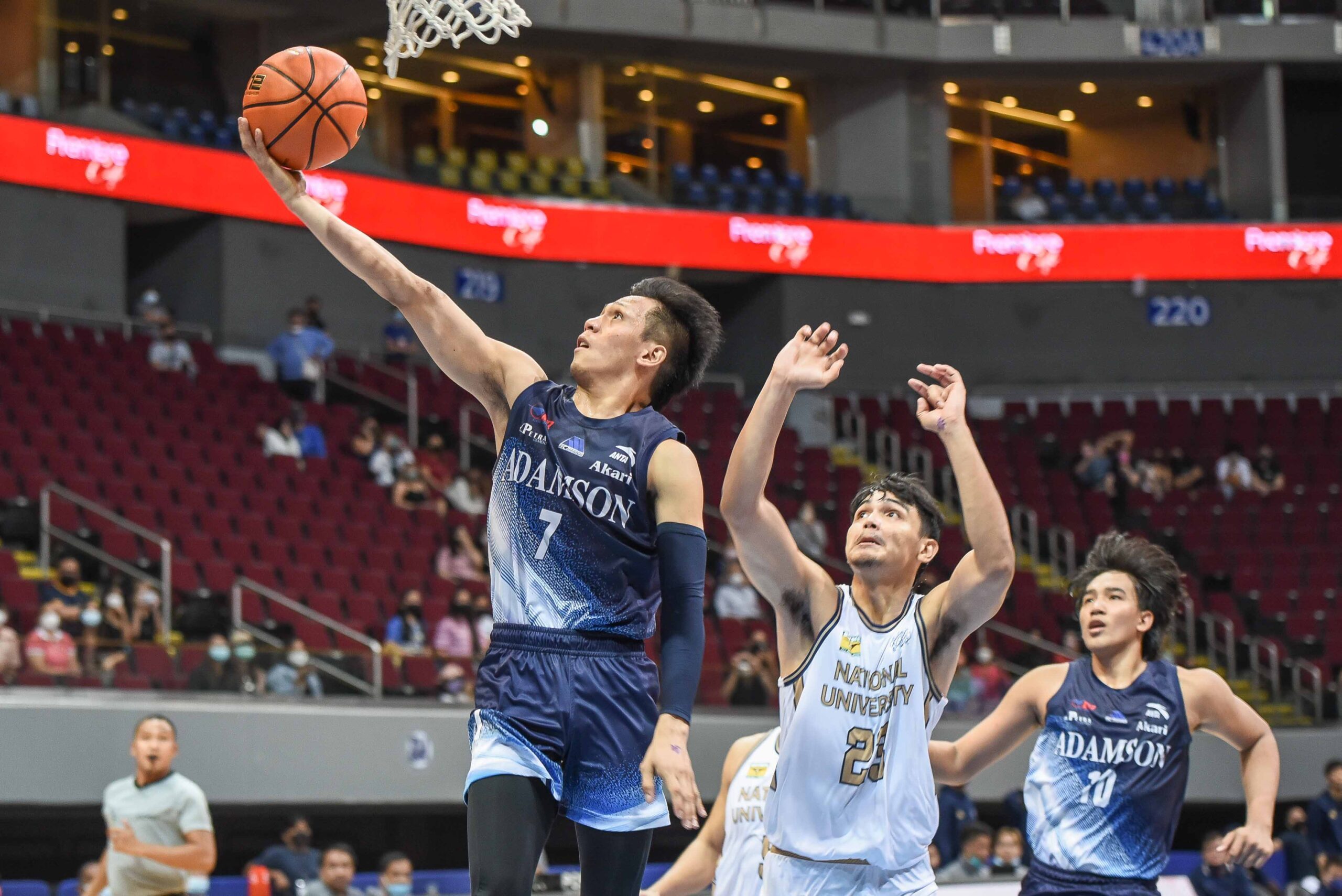 MANILA, Philippines – The Adamson Soaring Falcons continued to live and die in the clutch in UAAP Season 84 as they pulled off their second straight endgame escape, this time against the NU Bulldogs, 62-55, at the Mall of Asia Arena on Tuesday, April 19.

With the win, the Falcons rose up to a 3-6 record, now in a three-way tie at fifth place with FEU and UST, while the Bulldogs slid to a 4-5 slate, still hanging on to the fourth spot.

In under 29 minutes of action, Adamson captain Jerom Lastimosa steered the Falcons ship through more rough waters, and finished with an incredible line of 17 points on an efficient 6-of-8 clip, 5 rebounds, 4 assists, a staggering 3 blocks, and 2 steals.

Didat Hanapi scored 13 with 5 boards, while Keith Zaldivar added 10 points on 3-of-10 shooting from three.

Off a small 53-52 lead amid a slow, rugged affair, Adamson created a small window of separation after a clutch Zaldivar trey at the 2:13 mark for a 56-52 lead, followed by a bully-ball layup by Joshua Yerro with 1:24 remaining for a 58-52 gap.

Although Shaun Ildefonso sank a clutch triple of his own to make it a three-point game with 1:16 left, 55-58, NU just failed to find the closer it desperately needed.

Following a Ricky Peromingan steal in the final possession, Lastimosa then closed things out after a Michael Malonzo goaltend call on his layup with 22.5 ticks left.

“Very happy that for the second time, we got a win. A win is a win,” said Adamson head coach Nash Racela after the game. “They were able to show that it is all about the team. Jerom is just doing his role.”

Janjan Felicilda paced the tough loss with 13 points on 4-of-7 shooting, while Reyland Torres and Ildefonso each scored 7 in 16 minutes. Meanwhile, Issa Gaye and Michael Malonzo combined for 23 of the team’s 41 rebounds, but only had 4 points total.

Adamson now shoots for an upset against fellow streaking squad UP Fighting Maroons on Thursday, April 21, 4:30 pm, while NU tries to get back on a winning note against the win-hungry FEU Tamaraws at 12:30 pm.