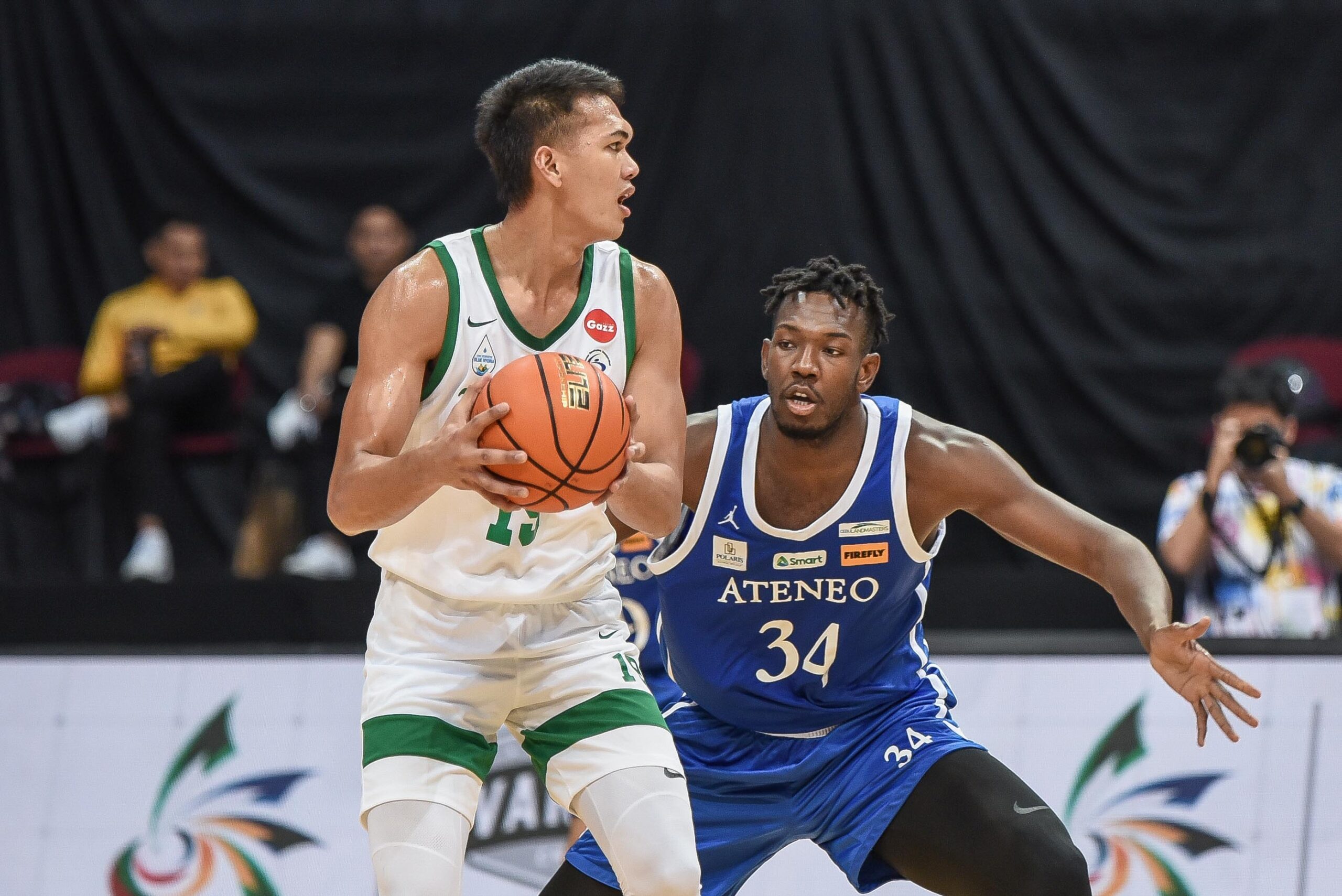 BACK IN ACTION. Angelo Koume and the Ateneo Blue Eagles start their title defense after over two years.

MANILA, Philippines – The Ateneo Blue Eagles reasserted their mastery over the UAAP Season 84 field as they blasted their rival De La Salle Green Archers, 74-57, at the Mall of Asia Arena on Saturday, April 2.

With the win, the Eagles dynasty clinched their 30th straight win dating back to October 11, 2018, and claimed solo first place with a 4-0 record. Meanwhile, the Archers saw their undefeated run end in emphatic fashion and slipped to 3-1.

Ange Kouame powered the Blue Eagles with 16 points, 19 rebounds, and a couple of blocks. Dave Ildefonso added 12 points and Gian Mamuyac also scored 11 on top of 6 rebounds and 6 steals.

All players fielded by head coach Tab Baldwin again got on the scoreboard for the second straight game.

Off a slim one-point lead near the start of the third quarter, streaky veteran Tyler Tio again came out of nowhere to spark an 8-0 run capped by back-to-back triples at the 4:17 mark.

That was all the breathing room the three-time defending champions needed to extend the run to 16-4, balloon the lead to 13, 58-45, off a buzzer-beating bucket by Kouame, and never look back in the final frame.

“Tough game. It was a game where it was never comfortable until the very end. We just kept squeezing, and we rebounded the ball so much better in the fourth,” said Baldwin after the game.

“In the fourth, we got much better, and both teams played themselves to a standstill. Tickled to death but we came out on top, and we look forward to NU on Tuesday. It doesn’t get any easier.”

Michael Phillips paced La Salle with a double-double of 13 points, 9 coming in the second quarter alone, and 10 boards, with a whopping 9 coming off the offensive end.

Ateneo will greet fans back on Tuesday, April 5, in its 7 pm match against the NU Bulldogs, still at the MOA Arena. Meanwhile, the Archers will get first dibs of fan attendance in their 10 am opener against the streaking UST Growling Tigers.